Published by Mike DeVlieger on December 17, 2020

The following article was released by the Responsible Offshore Development Alliance on 12/15 related to Offshore Wind Farms:

Three significant positive developments affecting fisheries and offshore wind have occurred since Friday. The Responsible Offshore Development Alliance (RODA) has worked on these issues to ensure the safety and continued viability of our U.S. domestic fisheries, our coastal communities, and seafood consumers in light of offshore wind energy development. These wins were not achieved through high-powered lobbying or well-financed campaigns, but rather by expressing a clear and consistent message based in science and fact, making reasonable requests, and working diligently with elected and appointed officials in the Administration, both parties in Congress, career agency officials, and a multitude of state and private sector entities.

It is reassuring to see reason and logic prevail in government decisions. In addition to the many officials who contributed to these outcomes, we are immensely thankful for the efforts made by our own members, by others in the fishing industry and its advocates, and by those conscientious members of the offshore wind industry.

What happened: On Friday, the Senate passed the 2021 National Defense Authorization Act that included a version of the “Garamendi Amendment,” which clarifies that all federal laws–including the Jones Act–apply to “all installations and other devices permanently or temporarily attached to the seabed, which may be erected thereon for the purpose of exploring for, developing, or producing resources, including non-mineral energy resources.” President Trump has threatened to veto the NDAA bill, but it is considered to have a veto-proof majority in Congress.

What It Means: A frequently cited benefit of the development of offshore wind energy has been domestic job creation. But the fact is that developers have planned to survey and construct early projects using vessels, equipment, and crew from abroad, with a longer term goal of building out a U.S. supply chain. RODA has submitted comment letters and raised attention to the Jones Act’s application to the offshore wind industry to date, which differed from all other ocean activities. This new statutory language means that many of those contracts and project plans will need to be revised to use U.S. vessels and crew from the start, consistent with all other U.S. industries. Currently, there are no Jones Act qualified vessels that can transport or install offshore wind turbines. Getting the investments required to build them may be challenging, and getting installation vessels in the water will take time. However, ensuring that any economic benefits generated by offshore wind energy accrue to our manufacturers and local communities is the right thing to do.

What happened: The Department of Interior has announced that the preparation of an Environmental Impact Statement for the Vineyard Wind project is no longer necessary, and the process is terminated effective immediately. In plain English, this means the federal permitting process for the Vineyard Wind project is canceled. This news will become “official” in the Federal Register on December 16th.

What it means: On December 3, just a week before a final Environmental Impact Statement of its project was to be published in the Federal Register, Vineyard Wind announced that it had “decided to temporarily withdraw its Construction and Operations Plan (COP) from further review by the Bureau of Ocean Energy Management (BOEM).”  BOEM responded by effectively stating that there is no “pause” option in the regulations, and accordingly “there is no longer a proposal for a major federal action awaiting technical and environmental review, nor is there a decision pending before BOEM,” and the process is “terminated.” RODA and local fishing interests repeatedly requested that Vineyard Wind, neighboring wind leaseholders, the states, BOEM, and USCG modify project designs to lessen impacts to the fishing industry. This led to a re-orientation of planned turbine rows in the dominant fishing direction, but other critical issues such as the addition of transit lanes for the safety of ocean-going fishing vessels were ignored. Now, Vineyard Wind will need to re-apply for its project, but the new timeline may not match supply contracts or the power purchase agreement with Massachusetts.

What happened: The Department of the Interior (DOI) issued an internal legal memorandum interpreting its statutory mandate to prevent offshore wind energy’s interference with fishing. Previous DOI guidance on the statutory language, which requires “prevention of interference with reasonable uses [including fishing] of the exclusive economic zone, the high seas, and the territorial seas,” indicated that offshore renewable energy projects could not interfere with the legal right to fish. This new memo explicitly changes that guidance, saying “[n]owhere does the statute indicate that the Secretary is only to prevent interference with the legal right to navigate or fish in an area. It is the Secretary’s job to provide for the prevention of interference with those uses.” In short, it states: (1) That the Secretary must ensure that offshore wind energy projects do not unreasonably interfere with fishing operations; (2) That fishermen’s perspectives are part of what determine whether interference is unreasonable; (3) That such interference is considered on a cumulative instead of project-specific level; and (4) If in question it must err on the side of less interference rather than more.

What It Means: This fundamentally shifts the balance of interests toward fishing, a critical provider of food security and low-carbon footprint protein, over offshore wind energy. Under previous guidance the presumption was that wind energy development should take precedence, and proceed in accordance with what developers determined to be optimal, and fishing interests would need to adjust. While a future Administration could revoke or refine the memorandum, it presents a solid legal argument for challenging any such action.

What does the future hold?

These three recent events create a better opportunity for a future in which the interests of all reasonable users of the seas can coexist.

When the 2021 National Defense Authorization Act becomes law, and projects must comply with the Jones Act, this will create a delay in the timeline for construction. It is crucial that the incoming Administration and interested states use that time to invest in science and research to understand—and ultimately minimize—environmental and economic impacts.

Most importantly, now that we’ve witnessed a project’s plans collapse due to failure to minimize fisheries impacts, we must work together to improve our planning process — as we in the fishing industry have been requesting for over a decade. Fishermen must be at the table and play a meaningful role in project siting and design. Ways to minimize and mitigate impacts must be identified up front and fully incorporated into all project plans. Although a handful of states and developers have made strong efforts to operate this way, it has never been done effectively on the correct spatial scale. In fact, we need to create new public, transparent, and inclusive regional processes that fully incorporate fisheries science and operational knowledge.

The need for a new planning process has been recognized by fishing interests and by offshore wind energy advocates. This was most recently clearly stated in a December 11th interview by Jeffrey Grybowski, the former CEO of Deepwater Wind, which was acquired by Ørsted in 2019.

“Obviously there are fishing groups in the Northeast that have raised really significant concerns. Those concerns can be addressed, but I also acknowledge they were real concerns. I don’t think anyone is suggesting their concerns should’ve been dismissed and projects just should have been approved.”

Mr. Grybowski went on to note that the problems with Vineyard Wind were not due to political bias.

“…some have said Vineyard Wind’s permit delays are due to some kind of anti-renewable bias within the administration. I disagree with the idea that — I think that view diminishes the nuance and complexity of what we’re all doing. New lease areas are complicated. There are stakeholders out there in favor of new lease areas. And so to simply blame everything on a political viewpoint understates the nuance and complexity of what we’re trying to do.”

The need for change has now been made clear by officials on both sides of the political aisle. Speaking at his annual climate change conference, Senator Sheldon Whitehouse (D-RI) stated

“Right from the very get-go, even before the filing … it should be a requirement of the filing to bring a statement of what work you’ve done with the fishing community, what their concerns have been. … Developers shouldn’t just get to go out there, cut a private deal with their funders, their investors, and then put their stamp down in the public ocean as if they owned it.”

These recent developments will significantly shift the discourse around offshore wind and fisheries to make sure fishermen’s needs and knowledge are afforded greater priority. Taken together, they offer a significant opportunity to fix the broken offshore wind energy planning process. Regardless of political or industry affiliation, we must now work together to properly balance uses of the ocean commons and maintain sustainable fishing practices.

More information and resources may be found by visiting the Responsible Offshore Development Alliance website: https://rodafisheries.org/ 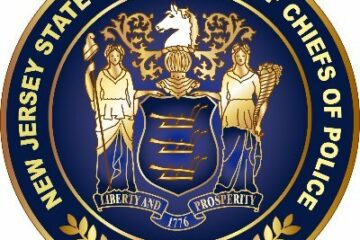