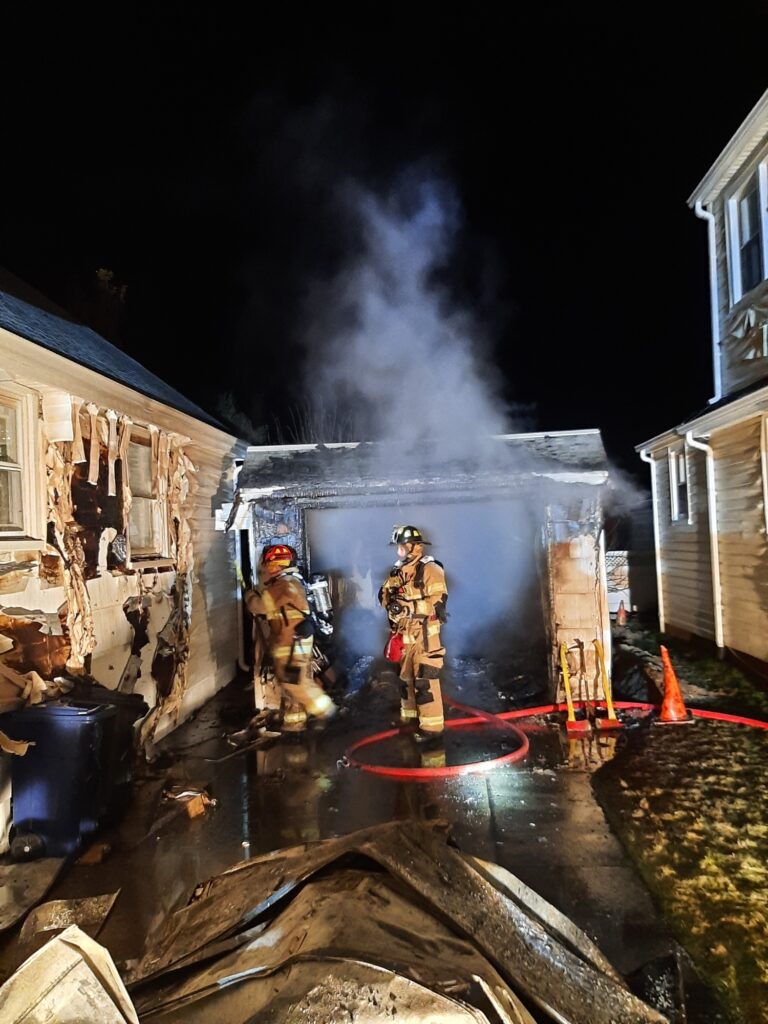 MARGATE – A fire engulfed a detached garage at 31 N. Gladstone Ave., 48 minutes after midnight Saturday, Dec. 19 and threatened to damage the adjacent property, according to Margate Fire Chief Dan Adams.

Margate firefighters responded to the residence to find the 15- by 20-foot garage fully engulfed, with flames coming through the door window and roof. Capt. Chris Hornig established command and called the Longport Volunteer Fire Department to provide mutual aid at the scene. 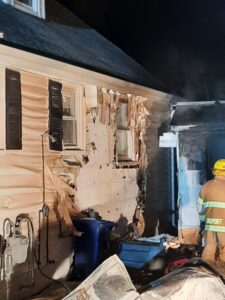 Five Margate firefighters were able to stretch a hoseline from Quint 24 to knock down the fire. A second hoseline was not needed. Longport firefighters responded with Ladder 34, Car 309 and six additional crew members and cooled down the property at 29 N. Gladstone Ave. They were forced to gain access through the front door to ensure there were no issues inside the residence. There was no sign of fire or smoke.

South Jersey Gas Company responded to turn off gas at both properties.

Fire Investigator Perry Coker is conducting an investigation into the cause of the fire.

Longport firefighters left the scene at 2:30 a.m., while Margate firefighters stayed on scene until 3:15 a.m.

“Both of these homes were summer residences. We were lucky that the one residence was occupied during the fire, and the resident called 911 when they were awakened by the fire or the outcome would have been much worse,” Adams said. 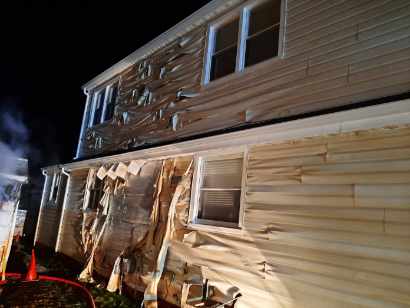 Damage to the home adjacent to the garage.