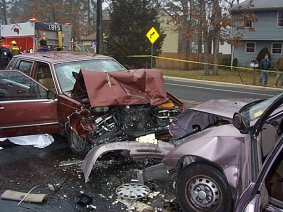 “The dramatic rise in motor vehicle accidents and associated fatalities is both tragic and alarming. You would think that with less traffic on our roadways due to the pandemic that our number of accidents would have decreased. They did not. So now, more than ever, I want to provide a stark reminder to all of our motorists and pedestrians to drive with care.  Drinking while driving and driving while distracted causes far too many deaths. Don’t do it!” Tyner said.

In 2020, Atlantic County had 41 crashes that resulted in 43 fatalities, 14 of which involved alcohol or drug use. One resulted in criminal charges and a number are still under investigation.

In 2019, there were 30 crashes with 32 fatalities. Seventeen involved use of alcohol or drugs, with five resulting in criminal charges, and 12 fatalities were impaired drivers.

Statewide, there were 524 crashes resulting in 558 fatalities

In 2018, there were 30 crashes with 33 fatalities. Ten crashes involved alcohol or drug use, with three resulting in criminal charges. Seven of those who died were impaired.