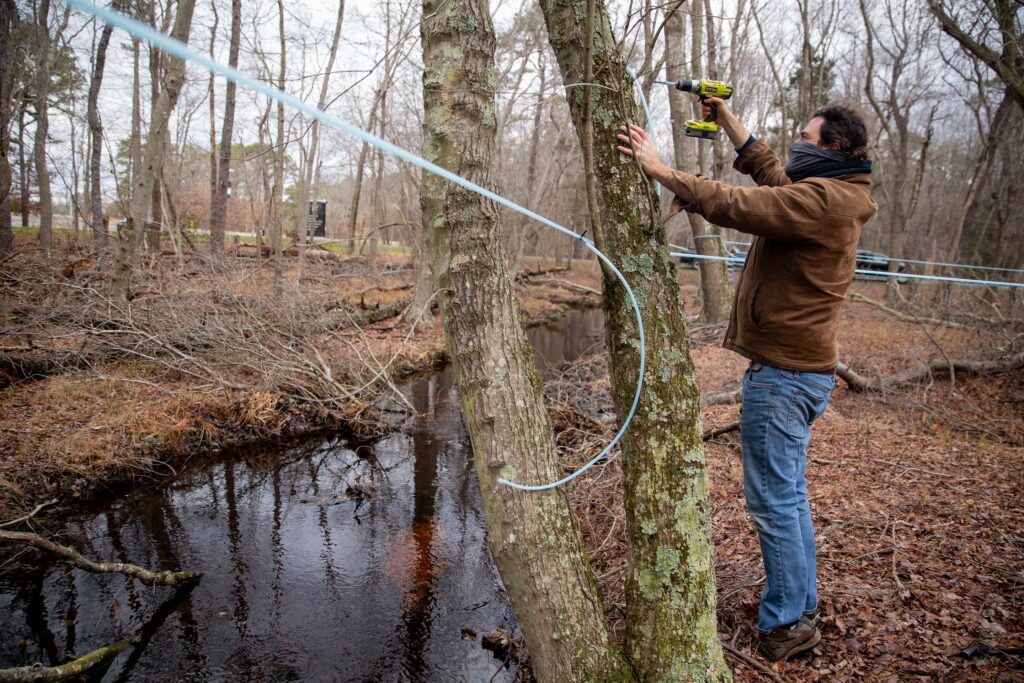 This fall, some 20 private property owners in the region are joining the university in the project and have begun the process of tapping trees.

The Stockton team tapped a few trees on campus in February, but this fall began a larger project of linking just under 100 red maple in a spiderweb of tubing that delivers sap to a central collection station. This week, they began tapping the trees into the tubing system.

“We heard from some of our partners that they were beginning to collect sap,” Assistant Professor of Environmental Science and lead investigate Aaron Stoler said. 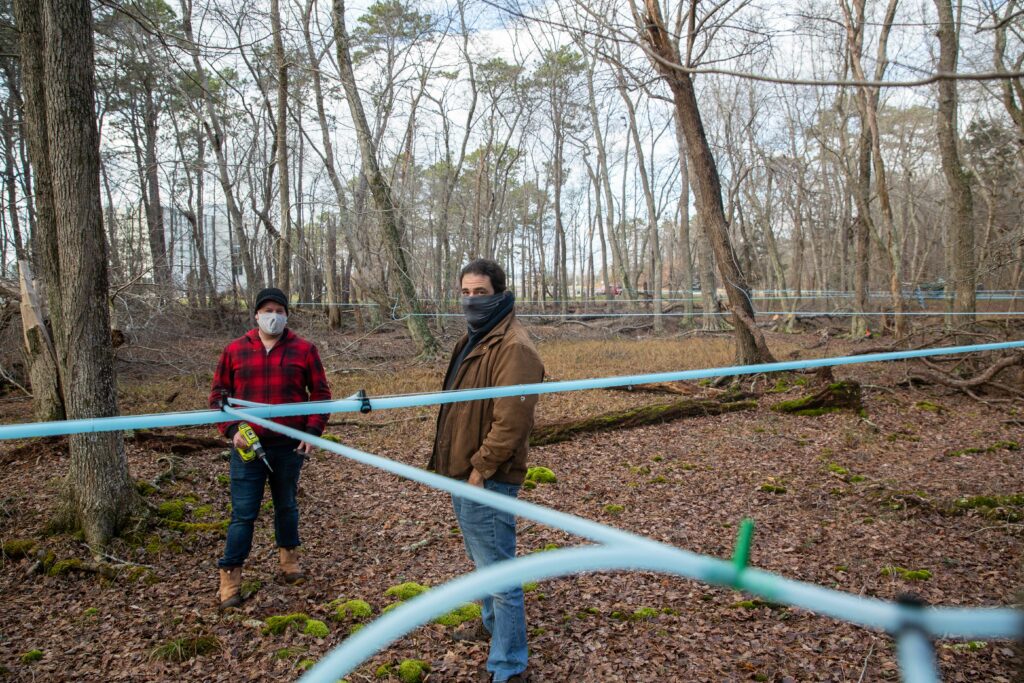 Sap develops during “freeze-thaw” weather, when temperatures go below freezing at night, then rise above freezing during the day, causing the sap to run down the trees.

It takes about 40 gallons of sap to make one gallon of syrup. Stockton will also be processing the sap into syrup.

Research assistant Joseph Russell has been working with the private property owners, testing soil and providing the tapping equipment. The owners will collect data on their properties for the research.

If any property owners know that they have red maple trees and are interested in becoming a part of the project, they can email MapleGrant@stockton.edu.

The project includes several Stockton faculty with expertise in forestry, soil science, economics, and biodiversity, as well as student volunteers.

More information on the project is at stockton.edu/maple.