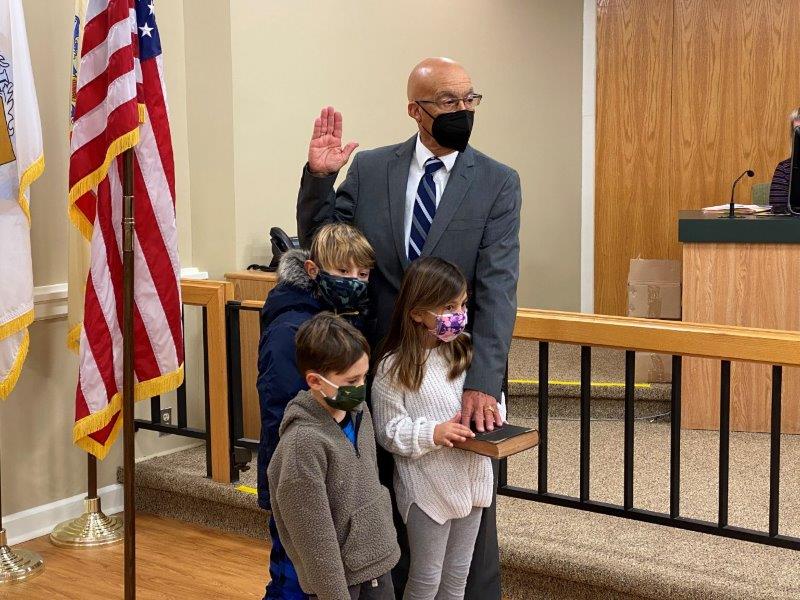 Mayor Nicholas Russo takes the oath of office Jan. 1, 2021. With him are his grandchildren, from left, Gianluca, Nico and Aria.

LONGPORT – Nicholas Russo, Ed.D., Daniel Lawler and James P. Leeds Sr. were sworn-in to their fourth four-year term on the Longport Board of Commissioners during a ceremony held at Borough Hall noon Friday, Jan. 1.

Members of American Legion Post 469 of Longport presented the colors. All three Legionaires – Larry Pacentrilli, and Dennis and Kathy McGuigan – were classmates of Russo and Rosenberger. They all graduated from Holy Spirit High School in 1969. 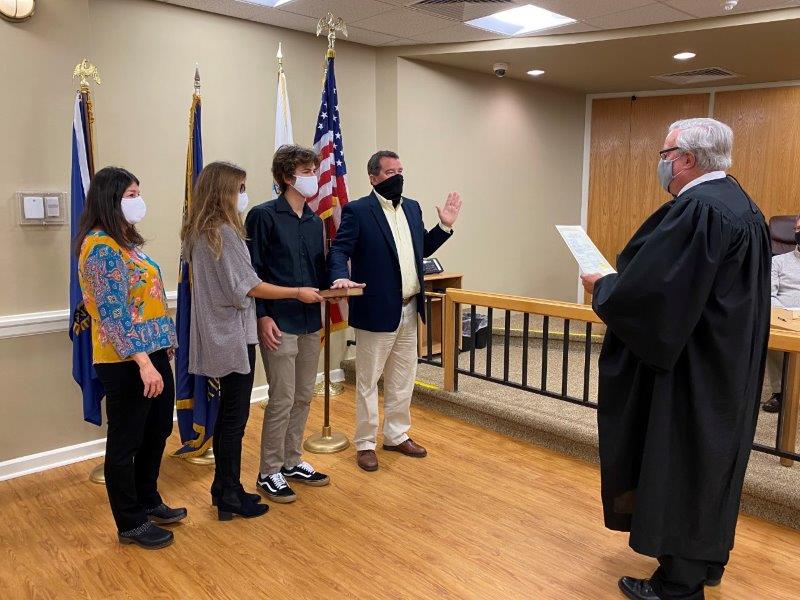 From left, Suzy, Aspen and Tyler Lawler assist as the Honorable John H. Rosenberger swears-in Commissioner Dan Lawler to his fourth term on the Board of Commissioners.

Surrounded by family members, each commissioner took the oath of office administered by Municipal Court Judge John H. Rosenberger. The commissioners unanimously selected Russo to again serve as mayor and Lawler to serve as deputy mayor.

Russo thanked those in the community who put their trust in the “We Love Longport” team. Saying the governing body is responsible for ensuring the health, safety and welfare of borough citizens, he thanked the members of the Police Department, Fire Department and Public Works Department and Borough Hall employees for delivering on that responsibility.

“They make it happen,” Russo said. “They provide the support, interact with the public and make our job easy.” 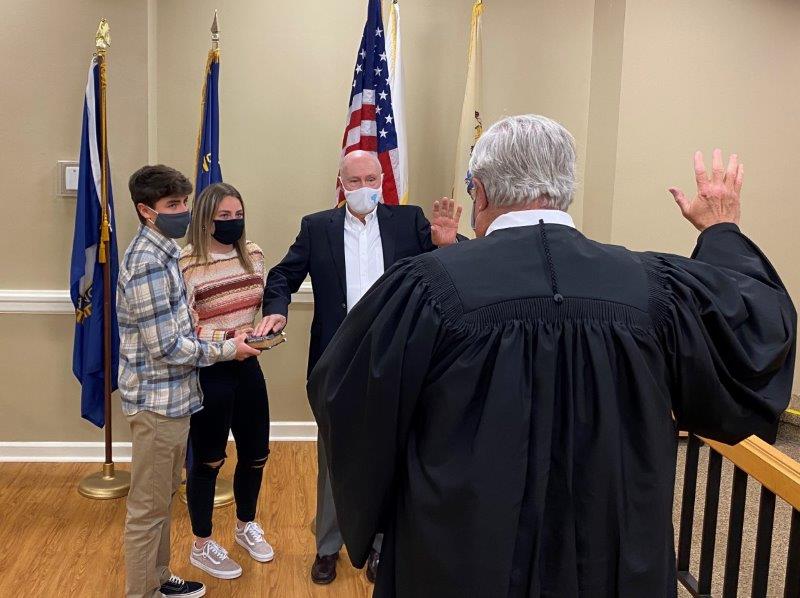 Jim Leeds takes the oath of office administered by Municipal Court Judge John Rosenberger. With him are his grandchildren Teddy and Ally.

The board also unanimously consented to the following appointments for 2021:

The board also introduced an ordinance to re-appropriate a $16,000 balance in previously approved bonds to finance the purchase of a new sewer jet. A public hearing on the ordinance will be held at 4 p.m. Wednesday, Jan. 20. 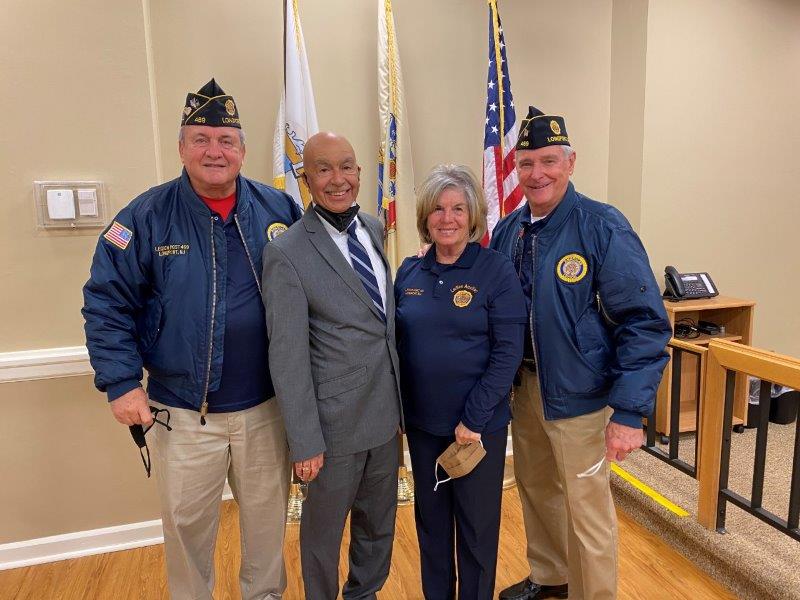 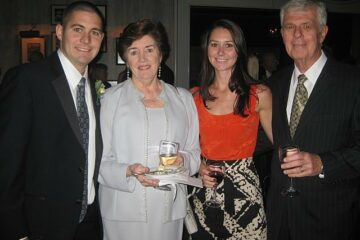 By NANETTE LoBIONDO GALLOWAY LONGPORT – Former Atlantic County Clerk Michael James Garvin, who died Dec. 28 at age 80, is being remembered as a great Irishman and one of the “most decent” men in Read more…