Respiratory therapist is Shore’s Employee of the Month 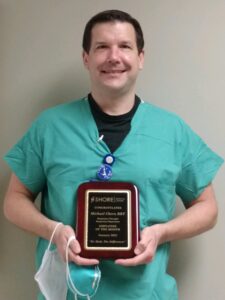 SOMERS POINT – Shore Medical Center named respiratory therapist Michael Chern of Egg Harbor Township as its January Employee of the Month. Chern consistently delivers outstanding patient centered care and embodies the mission, vision and values of Shore Medical Center. He has been a member of the SMC Respiratory team since 2008.

“When Mike joined the Shore Medical Center team he was a relatively new Respiratory Therapist,” Respiratory Manager Karen McKinley said. “He quickly honed his skills and became a valued asset to the night shift. Eventually he transitioned to day shift and once again proved to be a welcome addition.”

McKinley said Chern demonstrated his skills in several emergency situations recently and said he is always ready and willing to do his part.

“Mike is able to adapt to new practices and procedures and freely shares is ideas for improvement,” she said. “During the last few months when the Respiratory Department was facing extraordinary challenges in adapting and an unprecedented staffing crisis, Mike once again stepped up. He signed up for extra shifts even when he knew he would be working shorthanded. Through it all he has maintained a positive attitude and a sense of humor that has carried us all through the rough patches. We are grateful that Mike is part of our team here at Shore.”

In his 13 years at Shore, Chern has received many accolades including letters from families, Team Player awards, numerous Spirit of Shore awards and a Guardian Angel award. 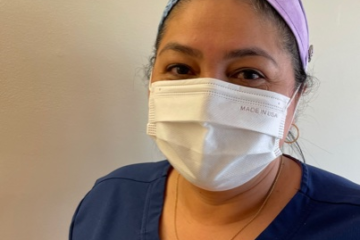 SOMERS POINT – Shore Medical Center is launching a new quarterly community health education series, “Wellness Together,” with the first event focusing on pain management and the opioid crisis in Atlantic and Cape May counties. Read more… 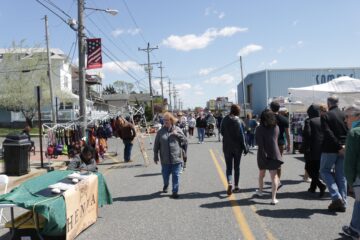 Somers Point Bayfest canceled for second year due to COVID-19

SOMERS POINT – Bayfest 2021 has been canceled in response to the COVID-19 pandemic, organizers announced Monday. The Bayfest Committee met with local, county and state officials and health experts and determined that it was Read more…