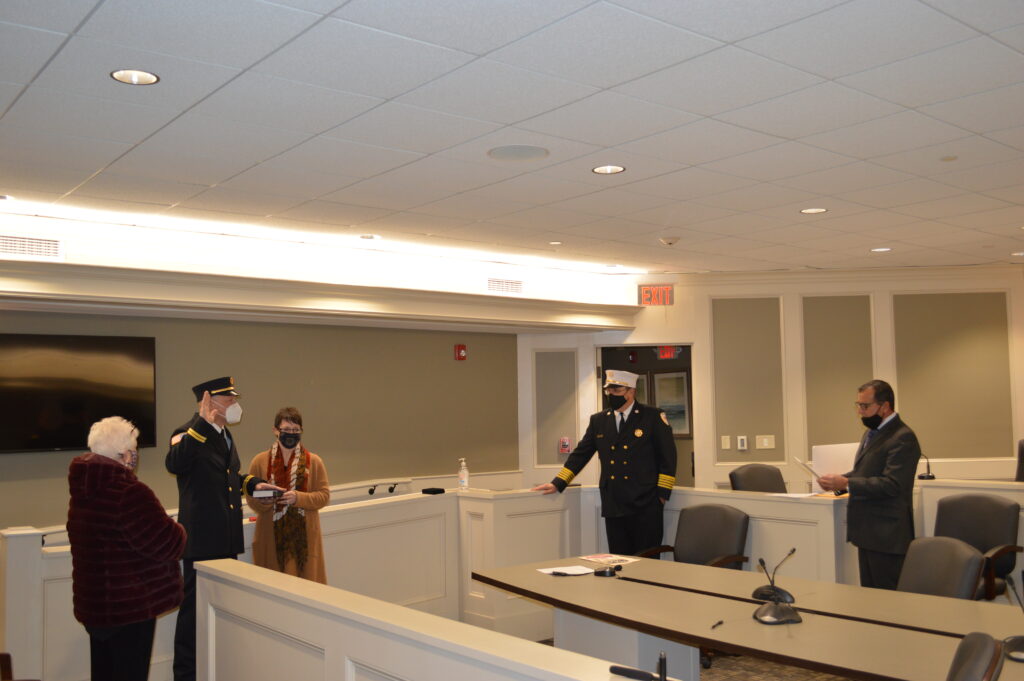 All personnel promoted had successfully completed and scored well on a NJ Civil Service Promotional Exam for their respective titles.

“It is not too often a fire department the size of the Margate City Fire Department has the opportunity to promote four personnel on the same day,” Fire Chief Dan Adams said.

Eric Grace, who joined the department in October 1996, will serve as Shift Captain of Platoon 3. Known as “the McGyver of the Fire Department” because he can make or fix anything, Grace brings a wealth of knowledge and experience to his position. He was previously promoted to lieutenant in November 2010.

Brad Essler has been a Margate firefighter since 1997 and was promoted to lieutenant in April 2016. He is also a member of the Longport Beach Patrol and takes an active role in overseeing the department’s EMS Division. He is now assigned as Shift Captain of Platoon 2.

Christopher Graves, who started his public safety career as a Margate lifeguard, joined the Fire Department in February 2008, and has a background in building construction. He is now assigned as Shift Lieutenant of Platoon 2.

Matthew McCully, who also has construction expertise, joined the department in February 2003. He is assigned as Shift Lieutenant of Platoon 1.

The department also swore in two new firefighters, including Joseph DiBuonaventura and Michael Herzog, who were hired on Sept. 28, 2020. Both are graduates of the Atlantic City Fire Department Training Academy and certified as Firefighter I and II and are primary EMS personnel handling emergency calls.

DiBuonaventura is currently assigned to Platoon 2. His background in construction will enhance his future in the fire service.

Herzog is assigned to Platoon 1 and is a member of the Atlantic City Beach Patrol.

Six individual ceremonies were held at Historic City Hall to ensure social distancing and mask wearing to protect the safety of firefighters and their families. Each family was ushered into the Commission Chambers to participate in the swearing in of their loved one. Commissioner of Public Safety John Amodeo presided over the swearing in ceremonies.

“As chief of the Fire Department, I am proud and happy to say that we are lucky to have the greatest group of firefighters, both men and women, in South Jersey, and we look forward to providing the continued great services that are residents are accustomed to and expect from our professionals,” Adams said. 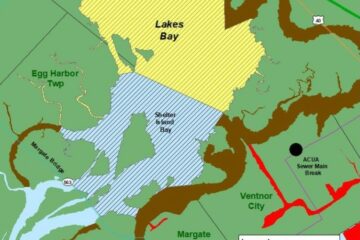 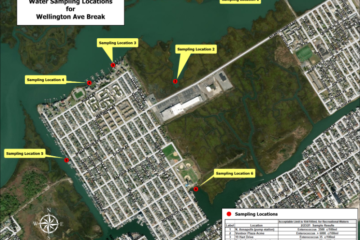 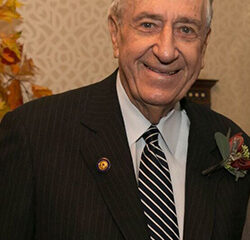