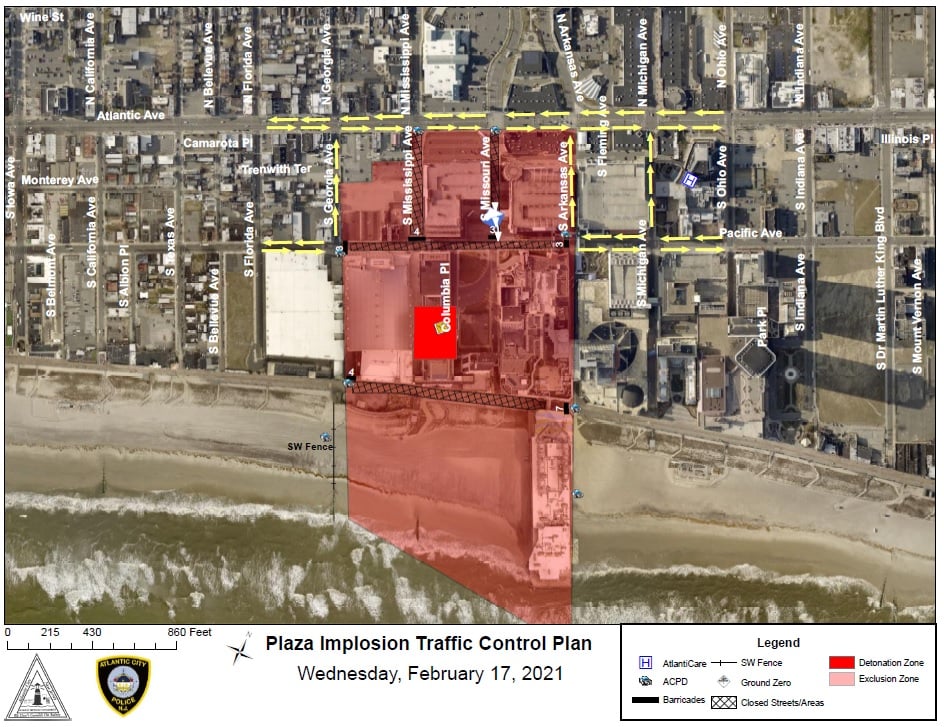 ATLANTIC CITY – The city is preparing for the implosion of the structure formerly known as the Trump Plaza 9 a.m. Wednesday, Feb. 17.  As a result, motor vehicle and pedestrian traffic will be prohibited in the area of the detonation zone.

According to Atlantic City Police, roadway and sidewalk closures will begin at 6 a.m. are expected to be re-opened by 1 p.m. The closures are as follows (see map for details):
Atlantic City police officers will be assigned throughout the perimeter of the exclusion zone. Individuals that unlawfully enter this zone are subject to arrest.
The Federal Aviation Administration has issued a temporary flight restriction within one-half mile of the implosion site 8:45-9:30 a.m. This restriction includes unmanned drones.
The City of Atlantic City is allowing a viewing area to be held at Bader Field. Access will be gained to Bader Field at Albany and Filbert avenues. Drivers will be directed by police or city personnel to a dedicated area. (See map for details). 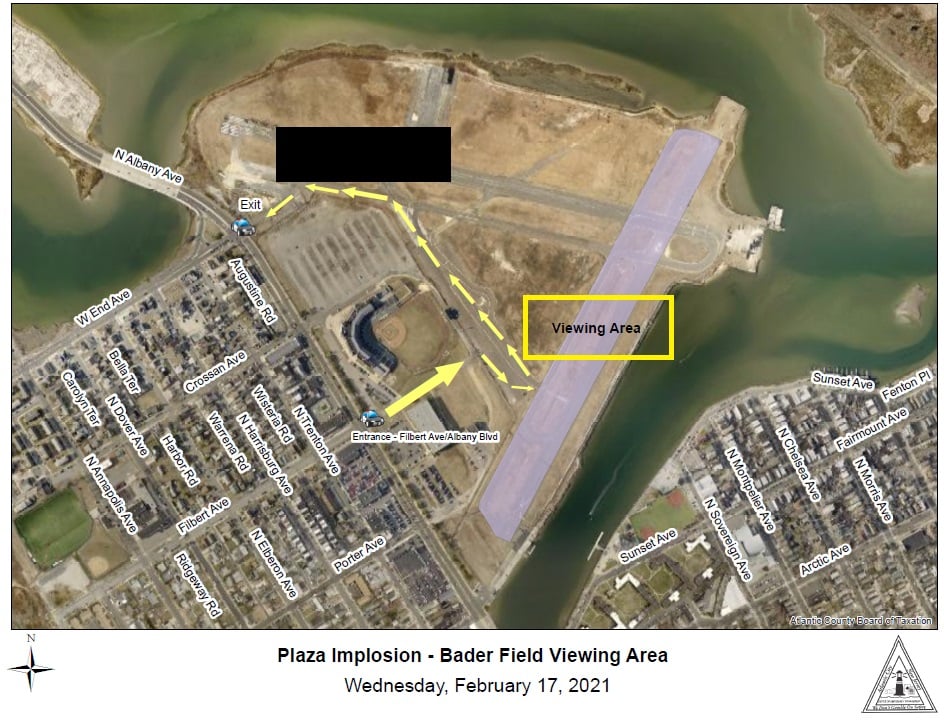 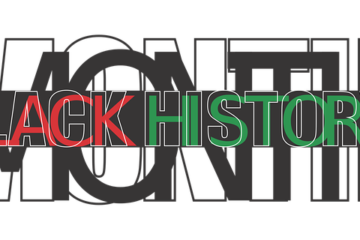 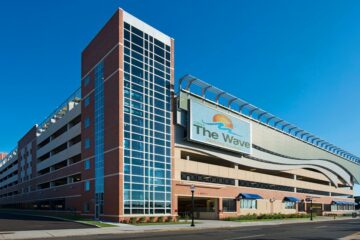 ATLANTIC CITY – The New Jersey Casino Reinvestment Development Authority has authorized the Wave Parking Garage, located at the corner of Mississippi and Fairmount avenues, to provide free parking for all Atlantic City residents and Read more…