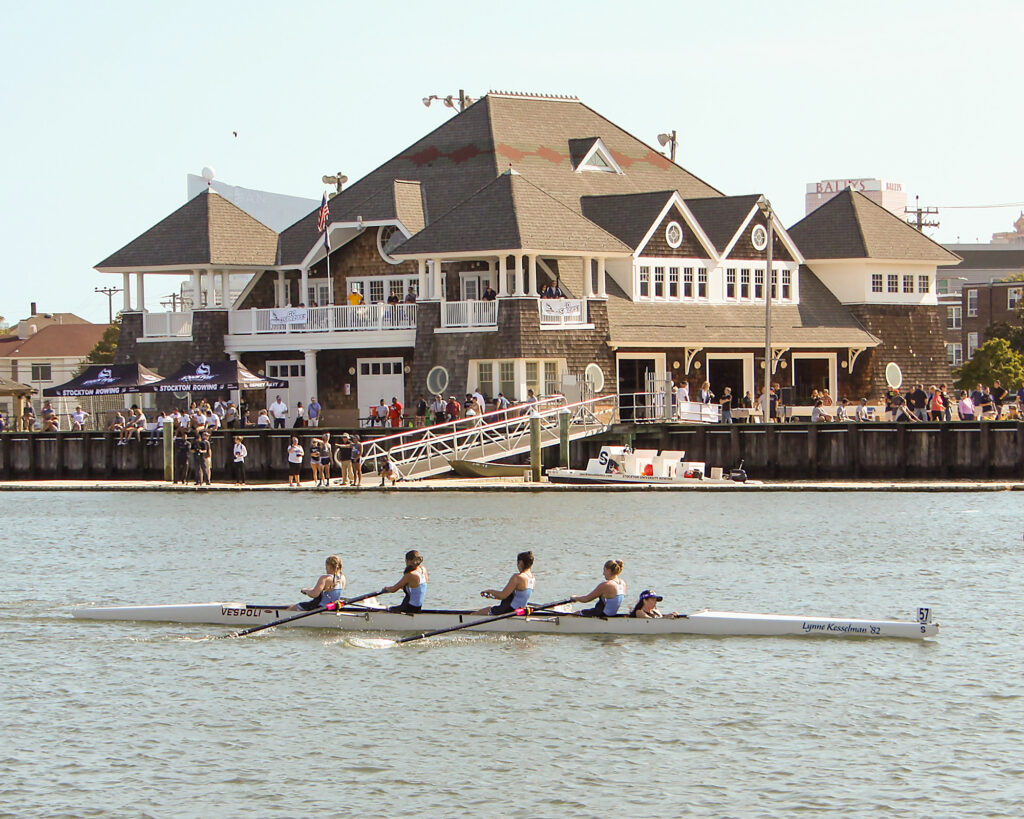 ATLANTIC CITY – Stockton Head Rowing Coach John Bancheri wants to give young people living in Atlantic City the same experience he had when he started to row the back bays in the 1970s.

Bancheri and a group of area rowing enthusiasts, including several Downbeach residents, have come together to help Stockton begin a new youth rowing program for middle school students in Atlantic City this summer.

The Summer Youth Rowing Program will give 40 Atlantic City middle school boys and girls the opportunity to learn the basic skills of rowing and some life skills.

“I am excited that Stockton will provide this opportunity for Atlantic City youth not only to learn to row, but to develop the personal qualities of showing up, committing, learning to work with others and of course to have fun,” Stockton Athletic Director Kevin McHugh said. 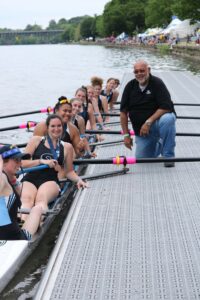 STOCKTON/Rowing at the Dad Vail Regatta.

The program was founded by a group of rowing enthusiasts who want to expand opportunities to youth living in Atlantic City who might not have the opportunity to attend a rowing camp.

Novelli, who lives in Margate, said she reached out to Stockton’s first lady Lynne Kesselman because she wanted to do an outreach program for youth in the city and she is passionate about rowing. Kesselman connected her with Bancheri who also wanted to start a youth program.

“I invited people who row with me, and people who can help and be as passionate as I am,” Novelli said. “Rowing is a way for these young people to explore a different way of life on the water. It also opens opportunities for college scholarships.”

One of those she recruited is Ellen Farber of Philadelphia who didn’t start rowing until she was in her 50s and now rows with the Viking Club in Ventnor. She said she loves the aspect of rowing as “going out to play and learning along the way.”

“I was surprised at what it taught me about showing up, being part of a team, and being the best you can be in the boat,” Farber said. “It’s a unique sport to be part of and I want to share it.”

Kesselman got involved with rowing when her daughter Megan, rowed for the Atlantic County Rowing Association and then Oakcrest High School. She and Stockton President Harvey Kesselman were active in the high school program and supported the development of a rowing program at Stockton when Kesselman became president.

“As a rowing mom, I saw firsthand the life skills and confidence rowing gave our daughter,” Lynne Kesselman said. “I am excited to offer the same opportunity to boys and girls in Atlantic City, and expand Stockton’s role as an anchor institution in the city.”

Stockton currently operates its rowing program out of the Atlantic City Boathouse in a partnership with the city school district, which owns the building.

“Having access to the boathouse and the bay provides a wonderful opportunity for the rowing program at Stockton to expand our outreach and relationship with residents of Atlantic City,” Bancheri said.

Bancheri rowed the back bays himself under Coach Bob Garbutt as a student at Atlantic City High School in the late 1970s.  He said it was rowing under Garbutt, and the family atmosphere he created, that challenged him to mature and find his path in life.

“I want to give more young people in Atlantic City the chance to have the same experience I had,” Bancheri said.  “This program is not just about rowing; it’s about setting goals, facing and learning from setbacks, and working as a team to achieve success.”

And if some of that success leads some of the summer rowers to decide to attend Stockton?

“I certainly do hope that some of the young people we introduce to rowing continue in high school and then come row with the Osprey Navy,” Bancheri said. 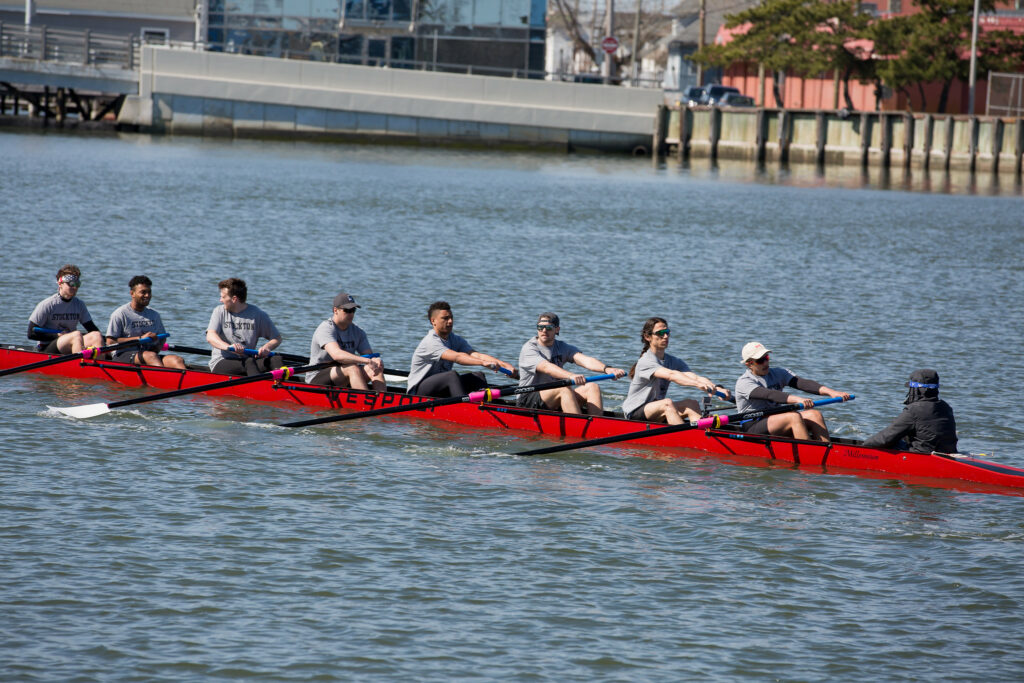 The program will run from 7-10 a.m. Monday through Thursday, June 21 to July 30 at the Atlantic City Boathouse on Fairmount Avenue. Transportation will be provided and participants will get breakfast and snacks.

The program will be free to participating students. Costs are being covered by program sponsors and supporters.

The group is planning outreach events in the city to recruit participants. The program also welcomes additional supporters and sponsors.  An Elevate fundraising site has been set up on the Stockton Summer Youth Rowing Program website. Current major sponsors are Ellen Farber, the Novelli Team/Compass Real Estate, Harvey and Lynne Kesselman, Vickie and Jack Farber and Sharon Eaton.