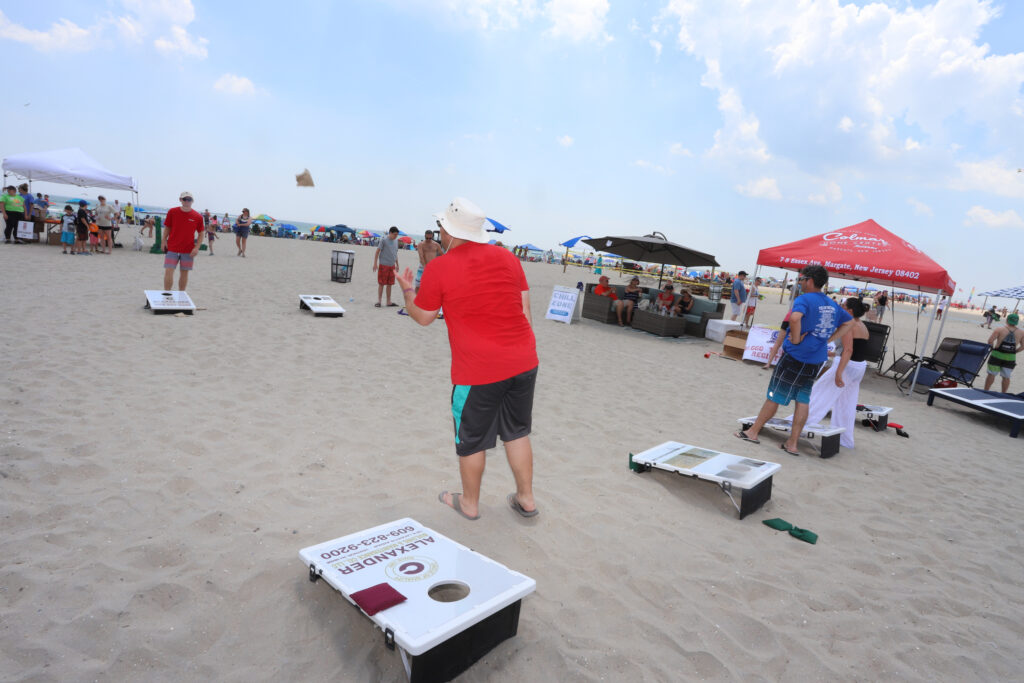 MARGATE – This summer in just got a “hole” lot more fun with the inaugural “Margate Catch the Wave Cornhole League,” debuting on Monday, May 3. Teams of two players will compete in 10 regular season matches during the spring and summer leagues 6-9:30 p.m. Monday nights at league sponsor venues.

Matches will be held at host sponsors Ventura’s Greenhouse, Robert’s Place, Bocca Coal Fired Bistro and Maynard’s Café.  There will also be major tournaments – at Beachstock on June 26 and Funfest on Sept. 25-26.  Free, family friendly recreational cornhole play will also be available on Thrilling Thursdays in July and August, before the free movie on the beach, 6-7 p.m. at the Huntington Avenue beach. 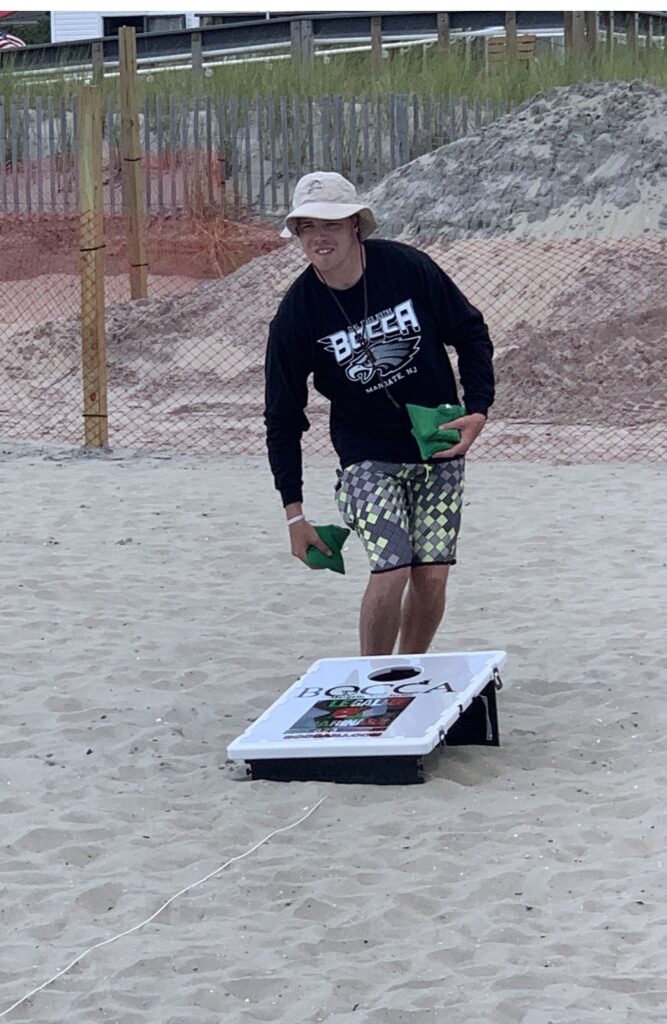 Brian Nolan pitches a bag for the win during the cornhole contest at Beachstock 2019.

Cornhole is a quickly growing, competitive sport that is easy to play for anyone, however, players must be 21 or older to participate in league play. National cornhole tournaments have been broadcast on ESPN and it is becoming increasingly popular in shore communities where it can be played on the beach as well as in the backyard.  Cornhole boards are placed 27 feet apart and players toss four bean bags per round, to amass 21 points for the win by getting bags through the hole or by landing on the board.

The Margate Business Association premiered cornhole in 2019 at Beachstock, The Planet’s Biggest Beach Party and again at Margate Fall Funfest by the Bay, where it was met with overwhelming enthusiasm.

“The MBA showed a lot of vision to bring cornhole to Beachstock and Funfest in 2019.  Those players thought a league could thrive in Margate, so this is the next step in that evolution,” League Director, MBA board member and Colmar Home Center owner Michael Collins said. “It’s a great opportunity for businesses, and another fun recreational alternative for residents and visitors alike.  I am really looking forward to it.”

For more information on how to become a sponsor or more details about league play, contact mba@margatehasmore.com.

To register a team visit https://margatehasmore.com/event/competitive-cornhole-spring-2021-league/.