Downbeach residents, visitors remember those who gave all so they can live free

Published by Nanette LoBiondo Galloway on May 31, 2021 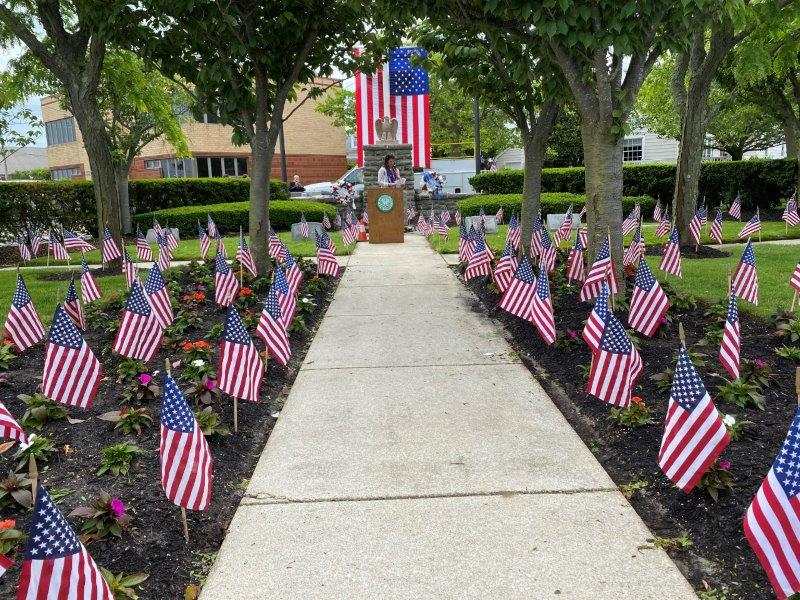 All three Downbeach communities May 31 celebrated the unofficial start of summer, but not before remembering those who gave the ultimate sacrifice for a free America.

Ventnor started the day with a service outside of City Hall honoring those men and women who died in American wars along with the police and firefighters who serve citizens on the home front.

“Over the last 10 years, it has become more hazardous to be a police officer than to be in the military,” he said, noting that 133 police officers have died in the line of duty this year. Their lost lives result in a huge cost to families and community.

“It is only fitting that today we honor all those who cannot be with us,” he said.

At a service in All Wars Memorial Park that followed Margate’s annual parade, Mayor Michael Becker recalled how Memorial Day came to be.

“Today is a day to remember those who died for our country. Their sacrifice is proof the price of freedom is not free,” he said. He quoted President John F. Kennedy: “Let every nation know, whether it wishes us well or ill, that we shall pay any price, bear any burden, meet any hardship, support any friend, oppose any foe to assure the survival and success of liberty.”

In Longport, a larger than normal crowd gathered to watch the parade and attend a service at Thomas B. Reed Park at the foot of the Longport bridge.

In addition to honoring those who gave the ultimate sacrifice, Mayor Nicholas Russo remembered the sacrifices made by the American people over the last 15 months of COVID-19.

“I can’t help but think their sacrifices were minor compared to the sacrifices made on the American home front during World War II…and the extreme mental anguish of families not knowing what would come next,” he said.

Fleck said that his week in Longport was “life changing” and gave him hope after years of recovery from his injuries in Afghanistan. He said while in Longport, he bonded with the veterans he met like they were members of his own platoon.

“The scars of war run deep,” he said. “Today, I ask of you three things: 1. Don’t forget those who died and be there for each other; 2. keep Wounded Warrior Week going; and 3. Get together on Memorial Day and raise a glass to those who died.”