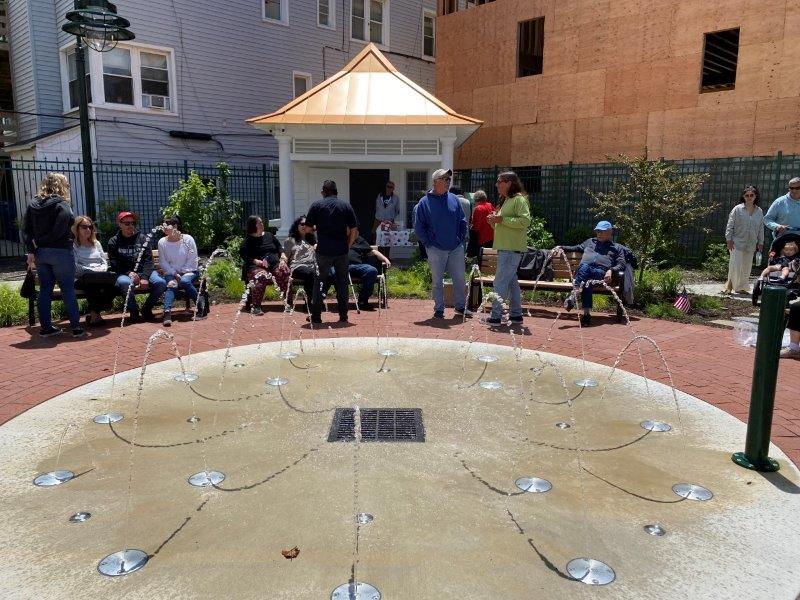 VENTNOR – The Ventnor Memory Park held a soft opening Monday, May 31. The park’s original opening date was postponed to Monday because of the rain.

The park, which was built with private funds, is located between a brick apartment building and new townhouses being built on the corner of Nashville and Ventnor avenues.

The brainchild of part-time resident Paula DeLuca, the park will serve as a respite for residents in the North Beach area. The park has video surveillance security system and is surrounded by a metal gate, which will be opened via electronic passcode.

Pastor James Macabeo blessed the park before hoisting the new American flag. Music was provided by local USA DJ/Karaoke Entertainment. Refreshments included sweet treats and soft drinks. Those who attended the opening gathered to sing the national anthem and “America the Beautiful.” The opening provided a great opportunity for old friends to mingle with new friends. With the dropping of COVID-19 social distancing restrictions, members of North Beach Ventnor Residents Association were giving their traditional “hugs” to those who attended.

The Planning Board granted a variance in September 2018 for the park to be built on residential land. Architect Todd Miller of QMA Architects created the plan for the 80- by 87-foot parcel, which was vacant for more than 10 years. The non-profit broke ground on the park in early 2020 and it took more than a year to build.

The “coastal Victorian” design includes a gazebo where musicians and actors will perform, native plants and trees in the garden areas, benches, a rainbow bridge, flagpole, and utility shed, all located behind the 8-foot tall wrought-iron gate that bears the name Ventnor Memory Park, named in honor of Dr. Joseph DeLuca, his wife Esther and their poodle Scipio. The bicycle rack in front of the park looks like…a bicycle.

The main feature in the park is a circular splash pad, which will likely be enjoyed by children and their four-legged friends.

DeLuca, who provided much of the funding to create the park to the non-profit Esther, Joseph and Scipio Charitable Foundation, called it “an urban oasis” for city folk. A caretaker, who lives in the area, will monitor the park and ensure its cleanliness.

The quasi-public park will be open to churches, businesses and community groups, and be available for special events, holidays and small weddings upon request. The message board located in the front of the park includes a list of plays that will be offered by local thespians June 26-27.

DeLuca said having the performances is one way to bring the arts to the community in a “quiet” way.

The park will be supported by the community through numerous “giving” opportunities, such as naming rights on benches, trees, flowers, engraved bricks, and donations in any amount from the “Friends of the Park.”

For information about how to access the park or make a contribution, see ventnormemorypark.org or email VentnorMemoryPark@gmail.com. 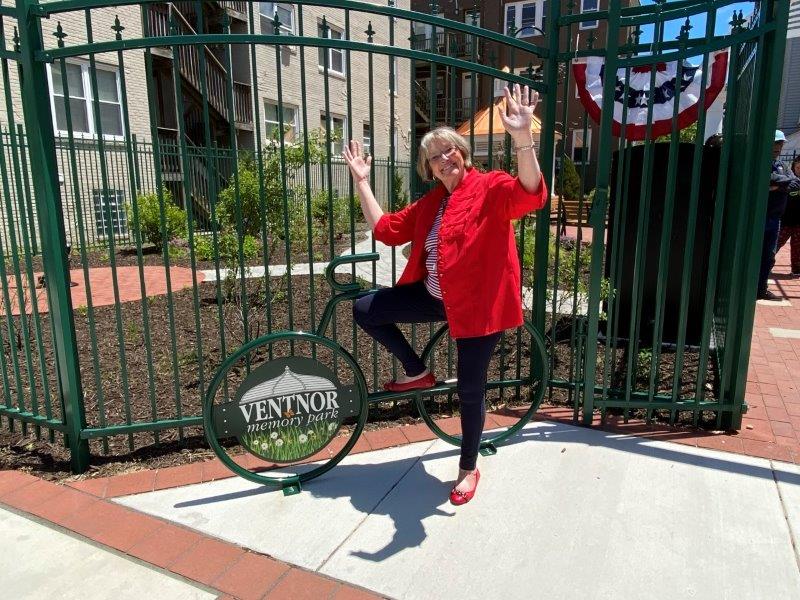