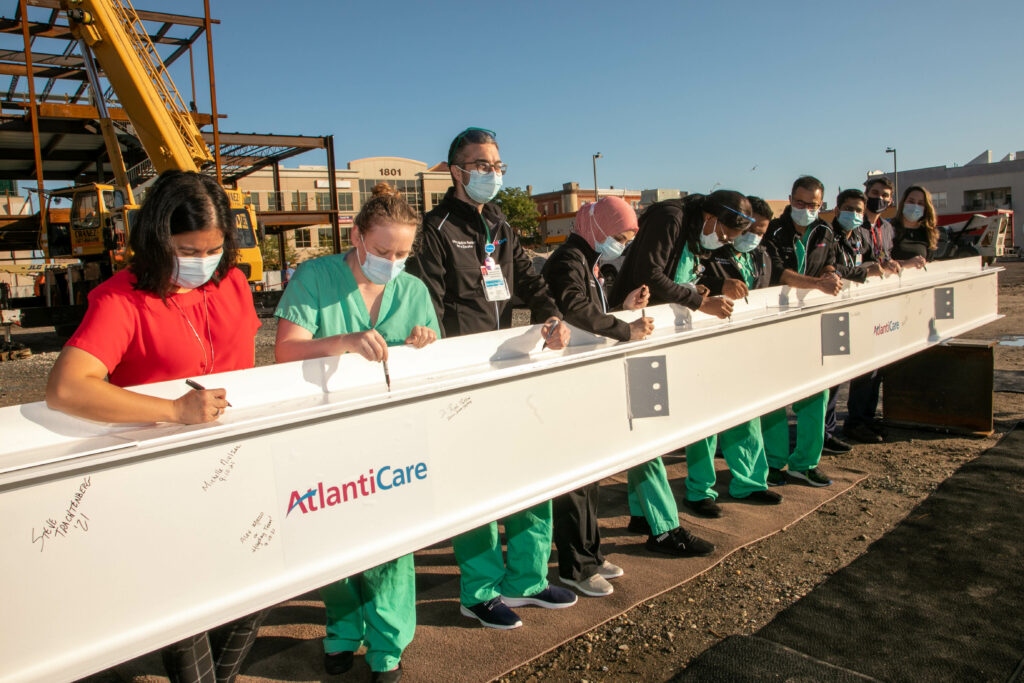 Members of the team make their mark on AtlantiCare history by signing the beam before it takes its place in the steel structure of the three-story, 69,700-square-foot AtlantiCare Medical Arts Pavilion—which will be located across from the AtlantiCare Regional Medical Center Atlantic City Campus.

ATLANTIC CITY -On Friday, September 10, the AtlantiCare community ceremoniously marked the completion of the steel structure for the new AtlantiCare Medical Arts Pavilion.

The $38.3 million, three-story, 69,700-square-foot facility is located on the very same block in which the healthcare system established its roots as Atlantic City Hospital in 1898.

More than a ceremonial “beam placement,” the event celebrated AtlantiCare’s history of serving and being an integral member of the community for 123 years, while reinforcing its commitment to providing the vision, leadership and innovation that set the standard for healthcare excellence.

“This is a long time coming because we really knew that we needed to make a deeper investment in Atlantic City, and here it is,” AtlantiCare President  and CEO Lori Herndon said. “I look at this as the next great chapter of AtlantiCare in Atlantic City.”

After breaking ground on its Medical Arts Pavilion in March 2021, AtlantiCare celebrated the next milestone at the construction site, located at 7 South Ohio Ave., situated in the same block on which AtlantiCare opened its first hospital in a converted house. 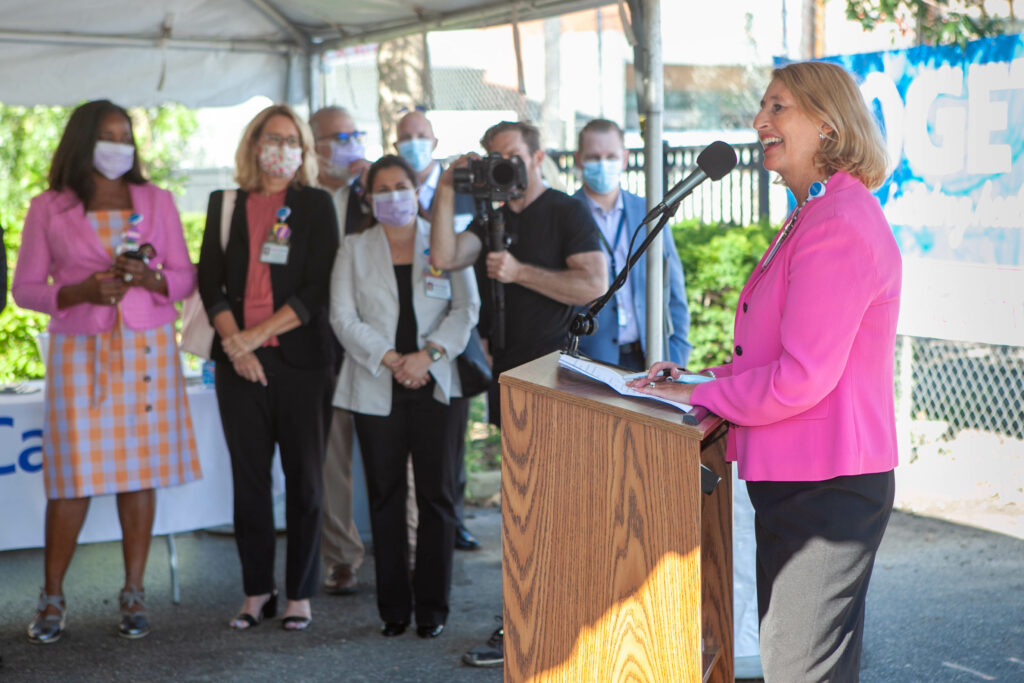 After signing the beam, Lori Herndon, MBA, BSN, RN, AtlantiCare president and CEO, shares exciting visions for the communitywide impact the Medical Arts Pavilion will have on making healthcare more accessible to more people in need.

The beam signing began just after sunrise so that two shifts of AtlantiCare staff could “make their mark” by signing the beam before it was hoisted in to place. Then, at 9:30 a.m., Herndon and a small group of AtlantiCare staff, providers and community leaders participated in a short ceremony that shared the vision of the communitywide impact the new facility will have. The celebration concluded with the construction team placing the beam, taking the community one step closer to the Medical Arts Pavilion’s opening, which is anticipated for fall 2022.

Located directly across from the ARMC Atlantic City Campus, the new facility will expand AtlantiCare’s programs and services aimed at increasing access to care and addressing healthcare disparities. These include expanding its Maternal/Fetal Medicine program for high-risk pregnancies; its Family Planning services; and its Federally Qualified Health Center services, currently located in the William L. Gormley AtlantiCare HealthPlex, 1401 Atlantic Avenue. Additionally, it will add a Neonatal Intensive Care Transition of Care Unit. To address the growing need for physicians in New Jersey and the anticipated nationwide shortage of physicians, the Medical Arts Pavilion will broaden AtlantiCare’s graduate and undergraduate Medical Education program opportunities.

The facility will include an auditorium with capacity for up to 150 people, medical education classrooms and offices, simulation labs to help students develop and maintain clinical skills, and more. 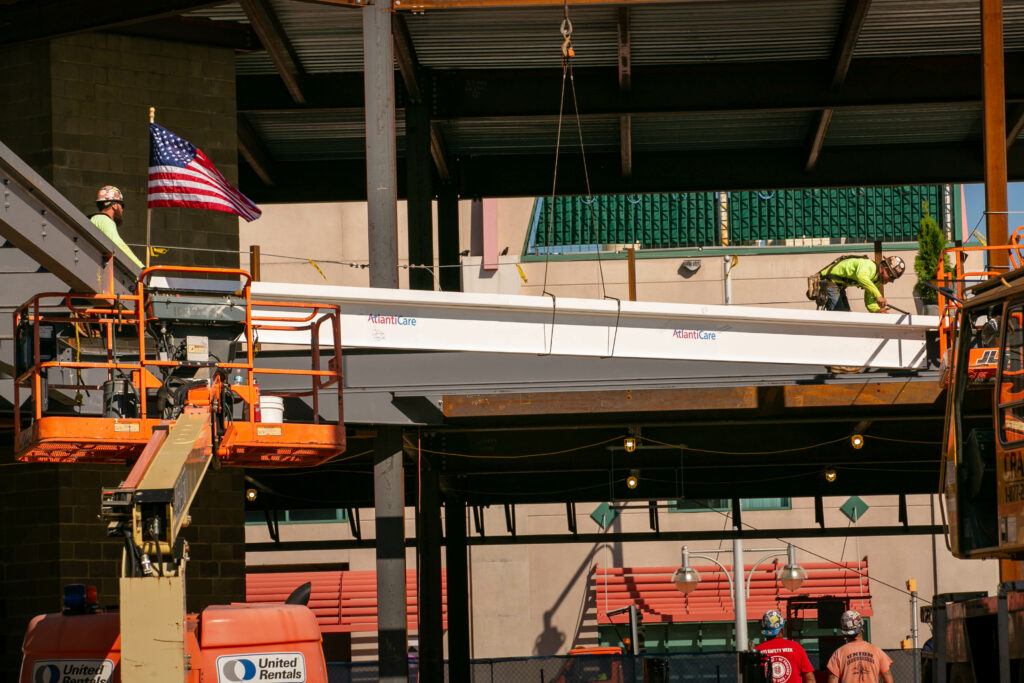 After guests heard about the vision for the communitywide impact the Medical Arts Pavilion will have, construction workers hoisted the beam to mark another milestone in achieving more accessible healthcare.