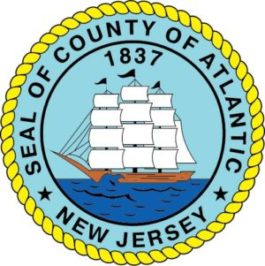 For the fourth consecutive time, the New Jersey Public Employees Occupation Safety and Health Program has found no proof of workplace hazards in response to a complaint filed on July 26.

“Once again, the state has closed the case with no finding of wrongdoing, fully exonerating the county,” Atlantic County Executive Dennis Levinson said in a release. “We remain in full compliance with state requirements to protect the health and safety of our workforce.”

The most recent complaint involved conditions at the county office building in Atlantic City after a lightning strike damaged the building’s air conditioning system. The complaint alleged the building temperatures exceeded 80 degrees Fahrenheit, resulting in a workplace hazard.

The county sent employees who worked in the building home. The building remained closed for four work days while the county installed an emergency replacement chiller.

The building’s temperatures, air flow and air quality were repeatedly tested prior to employees being directed to return to work to ensure the new chiller was operating sufficiently and meeting all requirements.

“This most recent complaint is particularly baffling because the building was closed and employees were at home,” Levinson said.

By law, each of these complaints requires a written response within 15 days with a detailed explanation and extensive documentation.

“It’s a time-consuming process and that time could be better spent assisting our residents,” he said. “The employees who continue to file these complaints know they are unsubstantiated. Fortunately, their actions do not reflect the vast majority of our workforce.”