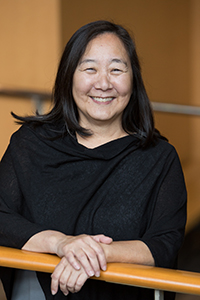 GALLOWAY TOWNSHIP – The treatment of Asian-Americans will be the topic of the annual Constitution Day lecture at Stockton University at 6 p.m. Tuesday, Sept. 21 via Zoom.

The featured speaker is legal scholar and author Lorraine K. Bannai, professor emeritus at Seattle University School of Law and director emeritus of the law school’s Fred T. Korematsu Center for Law and Equality. She will speak on “Anti-Asian Hate: History, Law, Culture and Coalition-Building.”

Bannai served on the legal team that successfully challenged Fred Korematsu’s World War II conviction for refusing to comply with orders that removed and incarcerated Japanese Americans from the West Coast.

The law center for which Korematsu is named carries on his legacy by engaging in research, education, and advocacy to advance the causes of equal treatment and due process for all. The Center has been involved in a wide range of cases including challenging the citizenship question on the U.S. census; and arguing against bias in legal proceedings, such as in the closing arguments of counsel, the striking of jurors of color, and the imposition of the death penalty.

Stockton has celebrated Constitution Day since 2006, after a federal law was passed requiring schools and universities to provide educational programs that offer a better understanding of the Constitution, which was signed by delegates to the Constitutional Convention in Philadelphia on Sept. 17, 1787. Stockton’s committee is chaired by Professor of Political Science Linda J. Wharton.

The event is free and open to the public as part of Stockton’s 50th anniversary series of events. Registration and more information are online at https://stockton.edu/hughes-center/constitution-day-2021.html.