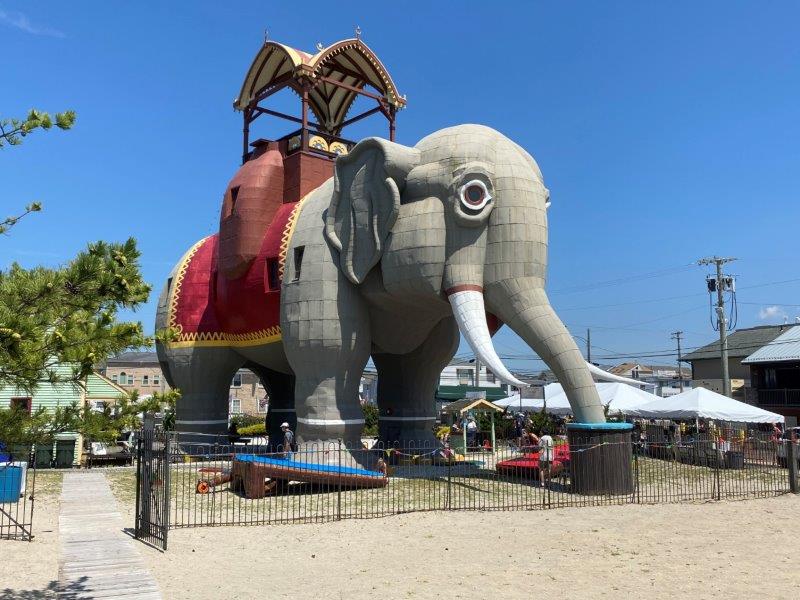 Lucy the Elephant is getting some work done.

MARGATE – The National Park Service announced that Lucy the Elephant, America’s most famous pachyderm, was awarded a $500,000 grant for exterior restoration.

“We are thrilled to receive this Save America’s Treasures grant from the National Park Service,” Save Lucy Committee Executive Director Richard Helfant said in a release. “This award signifies the importance of Lucy on a national level, and it will go a long way toward completing our restoration project.”

Built in 1881, Lucy the Elephant is the last of her kind, an architectural treasure, and an iconic feature of the Jersey Shore. Lucy is nationally significant as a rare archetype of “animal building” vernacular, which appealed to late 19th and early 20th century vacationers. 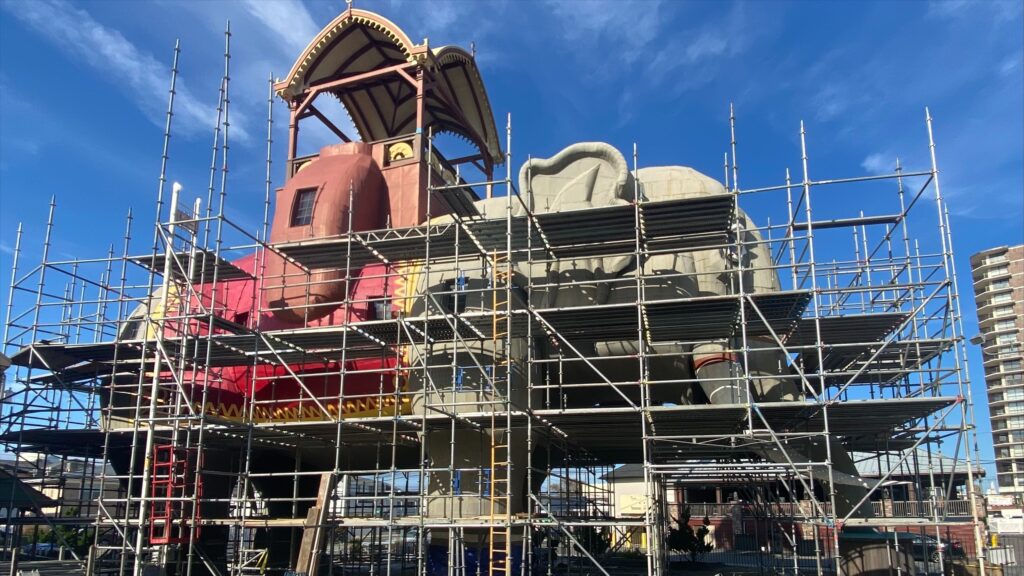 Lucy has been surrounded by scaffolding in anticipation of her restoration.

The project will restore the exterior metal shell of the structure ensuring Lucy remains as an iconic feature for years to come.

From 1999 to 2019, Save America’s Treasures has provided over $339 million to more than 1,300 projects to provide preservation and conservation work on nationally significant collections, artifacts, structures, and sites. Requiring a dollar-for-dollar private match, these grants have leveraged more than $479 million in private investment and contributed more than 16,000 jobs to local and state economies.

“This is an enormous financial undertaking,” Helfant noted. “We are so fortunate to have been awarded a grant from the Preserve New Jersey Historic Preservation Fund administered by the New Jersey Historic Trust and now this Save America’s Treasures Grant. The cost of this project is projected to be $2 million. The balance of funding will be raised by donations to the nonprofit and fundraising campaigns.”

Rutala Associates, a local planning firm, prepared and is managing this grant.

On Sept. 20, tours inside Lucy were closed. Weatherproof scaffolding is now being installed around her. She is anticipated to reopen Memorial Day weekend 2022.