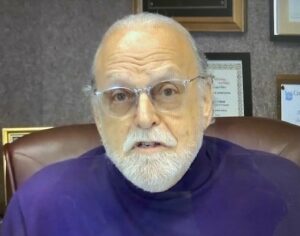 Nine Atlantic County municipalities have agreed to participate in the newly formed Central Court of Atlantic County, a consolidated regional municipal court system and the first of its kind in New Jersey.

The court is expected to begin hearing cases in January 2022 from current participating towns that include the growth communities of Egg Harbor, Galloway and Hamilton townships, along with Linwood, Northfield, Ventnor, Estell Manor, Weymouth Township and Port Republic.

There are a few towns that remain on the fence about participating due to concerns about police overtime and the cost and inconvenience of travel to the court that is to be located in the historic courthouse in Mays Landing for in-person appearances.

“The court-provided data should allay any such concerns,” Levinson said in a release. “Any travel and overtime expenses should be negligible.”

According to Levinson, in reports provided by Superior Court Judge Julio L. Mendez, there were 2,945 cases heard in Atlantic County during the week of Oct. 11 of which only one DWI case required an in-person appearance; the rest were handled virtually. And of 4,149 cases heard the previous week in Vicinage 1 that covers both Atlantic and Cape May counties, only 11 were disposed in-person, and those were also DWI cases.

“The facts speak loudly for anyone willing to listen,” Levinson said. “The consolidated court will provide substantial savings to our taxpayers who live in the highest taxed state in the country.”

As an example, Levinson said Egg Harbor Township could realize annual savings in excess of $300,000, Hamilton Township could save nearly $200,000 a year, while a smaller town like Ventnor could benefit from more than $150,000 in taxpayer savings.

“The excuse of overtime and travel costs used by some towns does not hold water,” he said. “What is more likely is their apprehension to relinquish home rule. This is an opportunity for Atlantic County to serve as a model for the entire state in taking action to consolidate services and reduce taxes. I don’t understand how our municipal leaders can pass it up.”

Judge Glenn A. Grant, acting administrative director of the NJ Courts, approved Atlantic County to serve as the first regional municipal court pilot program and congratulated Levinson and his colleagues for their tireless efforts to make it possible.

Judge Mendez has given towns until Nov. 1, to join as initial participants in 2022.

“It’s not too late to make a decision that could have long lasting financial benefits for our residents,” Levinson said.