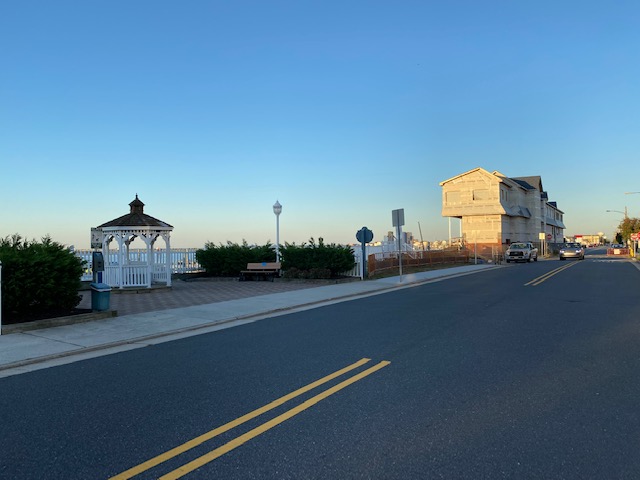 Longport’s section of the bulkhead spans 50 feet across a park where a small gazebo is located and Lamberti owns 75 linear feet of deteriorating bulkhead across his land in Longport.

The restaurant developer has already replaced the entire length of city-owned bulkhead adjacent to the restaurant at his own cost in return for the City of Margate providing him the land on which the restaurant sits. The restaurant has been under construction for more than two years and Lamberti has already completed the portion of bulkhead that spans his Sunset Marina in Margate.

Longport Solicitor Michael Affanato, who has been discussing the bulkhead replacement with Lamberti, outlined three options for the Board of Commissioners to consider. 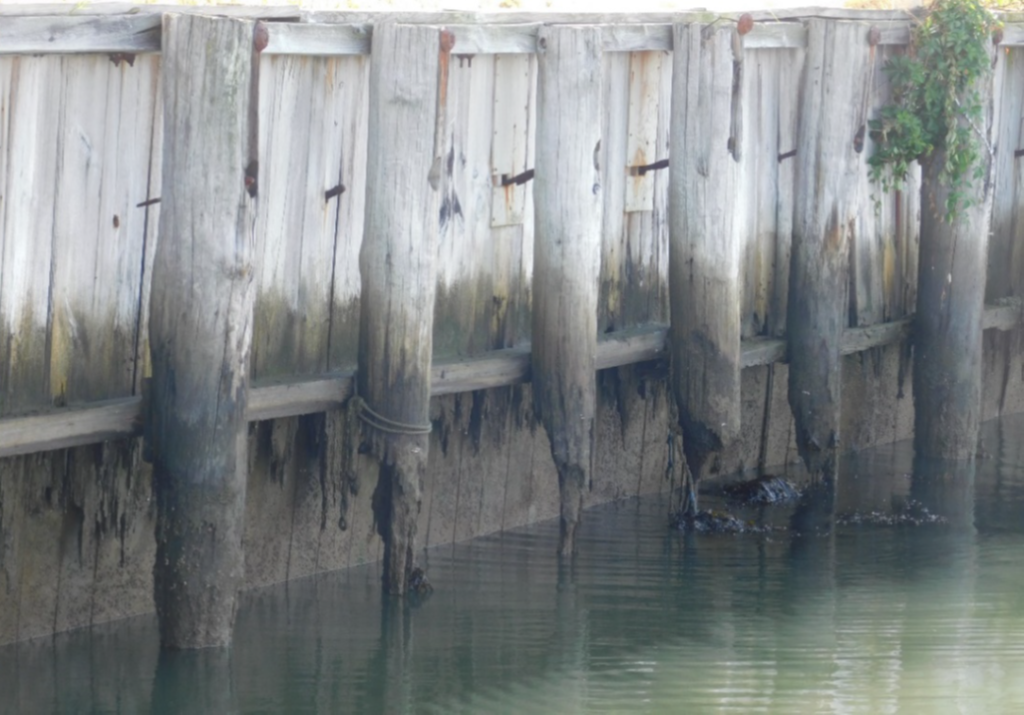 An inspection of the bulkhead by borough engineer Remington & Vernick shows deteriorated timbers and areas that have been infilled where the land has eroded from beneath the bulkhead.

“It’s in way worse condition than we actually thought it was,” Affanato said. “Public Works will get to the point where they cannot keep pouring in dirt that goes out of the bottom of the bulkhead.”

Lamberti had suggested the city turn its property over to him so he could build a small house on it.

“That’s a non-starter, it’s not going to happen,” Affanato said.

The 50-foot parcel is undersized and not buildable.

The difficulty in doing a joint project is that the municipality is required to pay prevailing wages, which would increase the cost for Lamberti, who as a private property owner would likely obtain a lower bid amount, Affanato said. 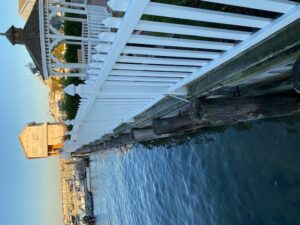 A structural analysis should be conducted on Lamberti’s portion of the bulkhead to decide how the borough moves forward, he said.

Other options to consider include working in tandem with Lamberti to replace both sections of bulkhead under two separate bids.

Dennis said the borough would have to ensure its new bulkhead is stable before doing a “return” to match up with Lamberti’s bulkhead, ensuring that it remains secure. As was the case in Margate, the new bulkhead was constructed 2 feet into the bay and the landward side of the bulkhead infilled.

Commissioner Dan Lawler suggested the borough obtain a bifurcated bid – one for the municipality and another for Lamberti’s.

Funding is available to finance the borough’s portion of the work, officials said.

Arthur Ponzio Associates of Atlantic City, who designed the bulkhead replacement project in Margate, could be contracted to do the design work and the cost of the design work split between the borough and Lamberti, Dennis suggested.

Affanato said he would inform Lamberti that the borough is not interested in giving up its land to construct a house, and negotiations will continue.