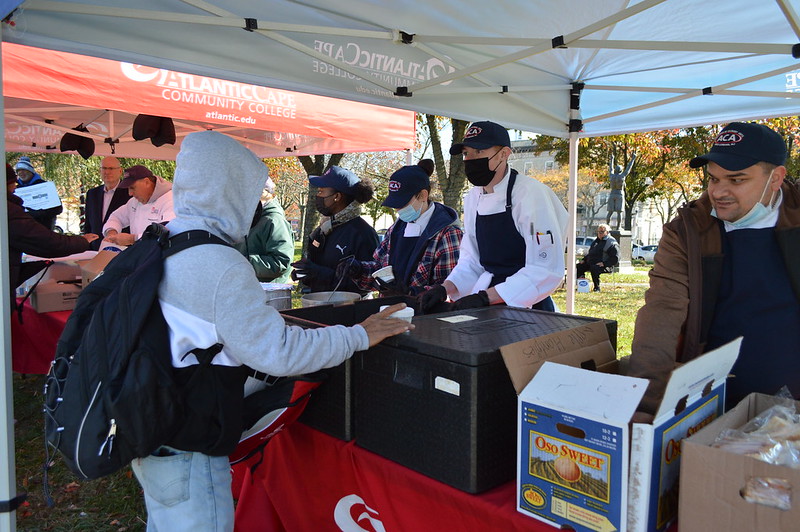 The event, presented by the college’s Community Outreach Program and Angels in Motion, provided hot meals from the Academy of Culinary Arts, blessing bags, COVID-19 vaccines and other resources for anyone in need, including many who are homeless or living in poverty. 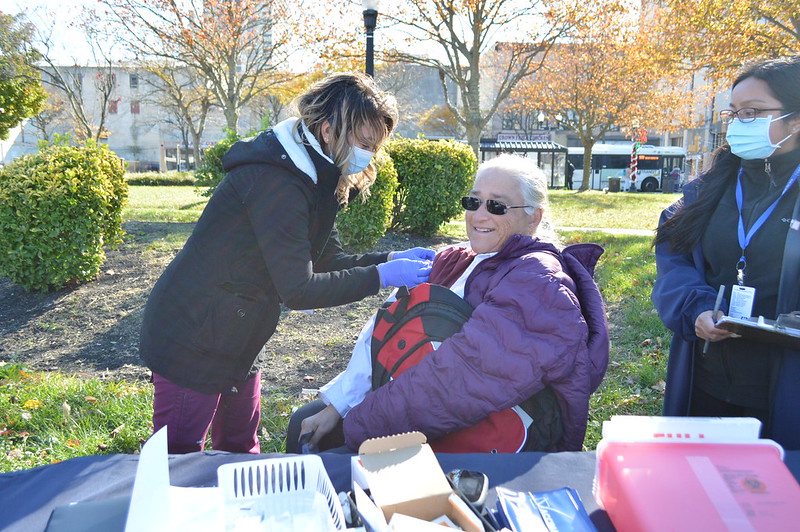 “I think this event, in partnership with Angels in Motion, underscores the efforts Atlantic Cape is making to support all of the different residents in Atlantic City,” said Victor Moreno, senior manager of Campus Operations and Community Outreach at Atlantic Cape’s Worthington Atlantic City campus. “We’re able to provide much needed resources to the most vulnerable communities in Atlantic City.” 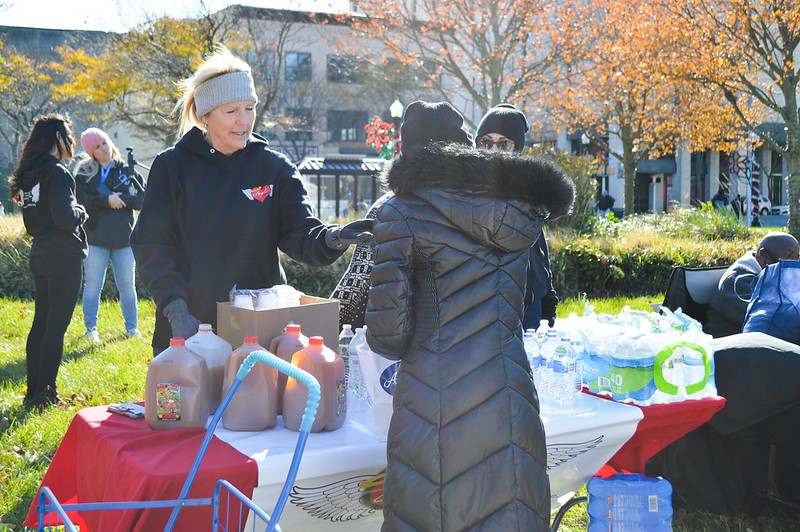 “Friday’s event was amazing for us because we don’t necessarily always get to serve them a hot meal,” explained Lisa Bee, co-director of Angels in Motion New Jersey, which gives out food and resources on a weekly basis in Atlantic City. “It just absolutely warms our heart. It is an incredible partnership.”

In addition to the meals at Friday’s event, Hope One was able to help five people into treatment for substance use disorder.

“We really make a difference when we work together,” Bee said. “And I think that’s the most important thing. We don’t show up once, we show up weekly, and we show up for holidays when they don’t have anyone. For a lot of these people, we are their family.” 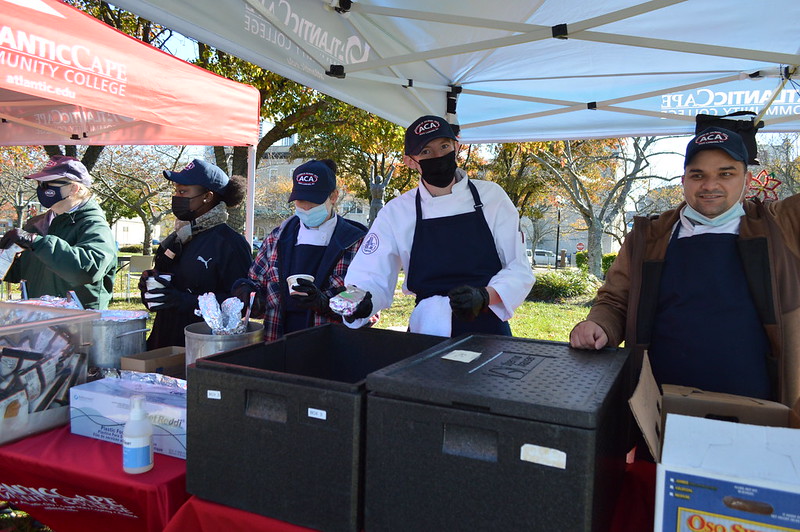 Atlantic Cape’s community outreach events continued on Saturday, Nov. 20 as the college partnered with the Fellowship of Churches in Atlantic City and gave out 300 turkeys and thanksgiving meal kits to local residents.