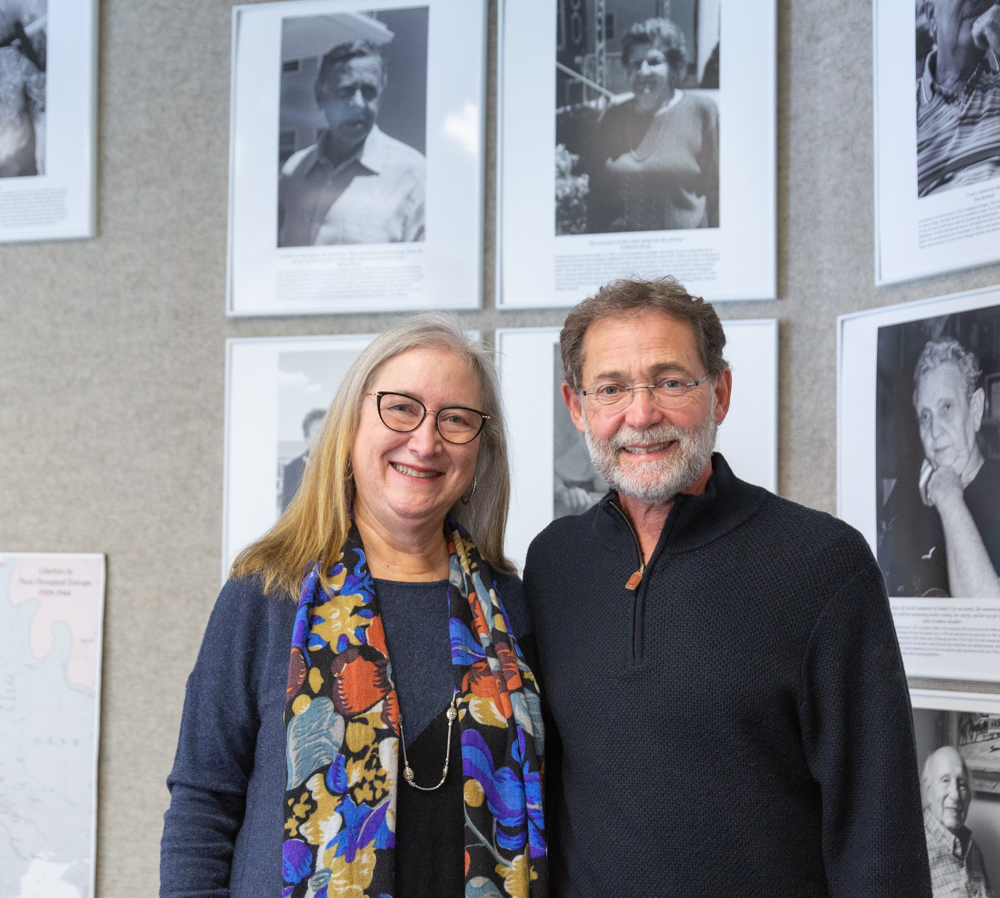 Barbara Harvis and Andrew Renny stand below photos of Andrew’s parents, Marcell and Catherine Renny, Holocaust survivors whose stories are included in the archives of the Sara and Sam Schoffer Holocaust Resource Center at Stockton University. (Photo by Bernard DeLury/Stockton University)

GALLOWAY TOWNSHIP – Catherine and Marcell Renny lost everything in their lives twice. The first time was during the Holocaust, when Catherine was forced into concentration camps and Marcell into the Hungarian Labor Service.

The second time was when they and their two sons escaped Budapest during the Hungarian Revolution in 1956 and came to America, where Marcell, who had owned a textile factory in Budapest, rose from being a janitor in a textile factory in America to become vice president. Catherine worked as a bookkeeper and office manager and the couple raised two sons.

Their perseverance, and their optimism for a better life was ingrained in their children. Their son, Dr. Andrew Renny of Linwood and his wife, Barbara Harvis, are passing those lessons forward with an endowed scholarship for students studying the Holocaust and genocide at Stockton University.

“They were just such incredibly positive, warm and loving people,” Harvis said of her in-laws. “They lost so much in the Holocaust and when they left Hungary. But they did not want to feel like victims. They always tried to make life better.”

Renny said when his parents, who had lived in North Jersey, moved to Ventnor, they got involved with the Sara and Sam Schoffer Holocaust Resource Center at Stockton, where they participated in the Portraits of Resilience and oral history testimony projects for survivors.

“They would attend the programs and lunches and then we got involved,” Renny said. “After they passed, we talked about doing something in their memory. We believe in the mission of the Holocaust Center, and helping students seemed like an ideal way to honor my parents’ memory.”

Harvis said her father-in-law believed in “doing a good deed every day” and a scholarship is one way to do that good deed by helping students learn about the Holocaust and share those lessons.

“A scholarship directly impacts an individual,” Barbara said. “And this scholarship has a direct connection to a survivor’s story. It personalizes the relationship.”

The $25,000 Catherine and Marcell Renny Holocaust Studies Memorial Endowed Scholarship will be managed by the Stockton Foundation and will make its first award in the 2022-23 academic year to undergraduate or graduate students with a demonstrated interest in Holocaust studies.

Holocaust Resource Center director Gail Rosenthal said scholarships mean a lot to students and even more when they are connected to someone who survived the Holocaust.

“Our students are not just grateful for the funds but also understand the importance of continuing the lessons of the Holocaust for the next generation,” Rosenthal said. 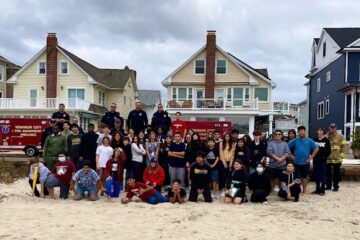 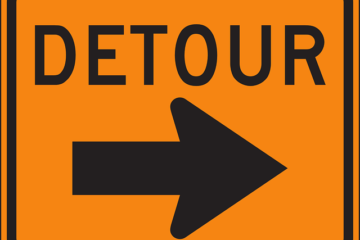