19 Immigrants take the Oath of Allegiance to become U.S. citizens

Published by Nanette LoBiondo Galloway on May 9, 2022 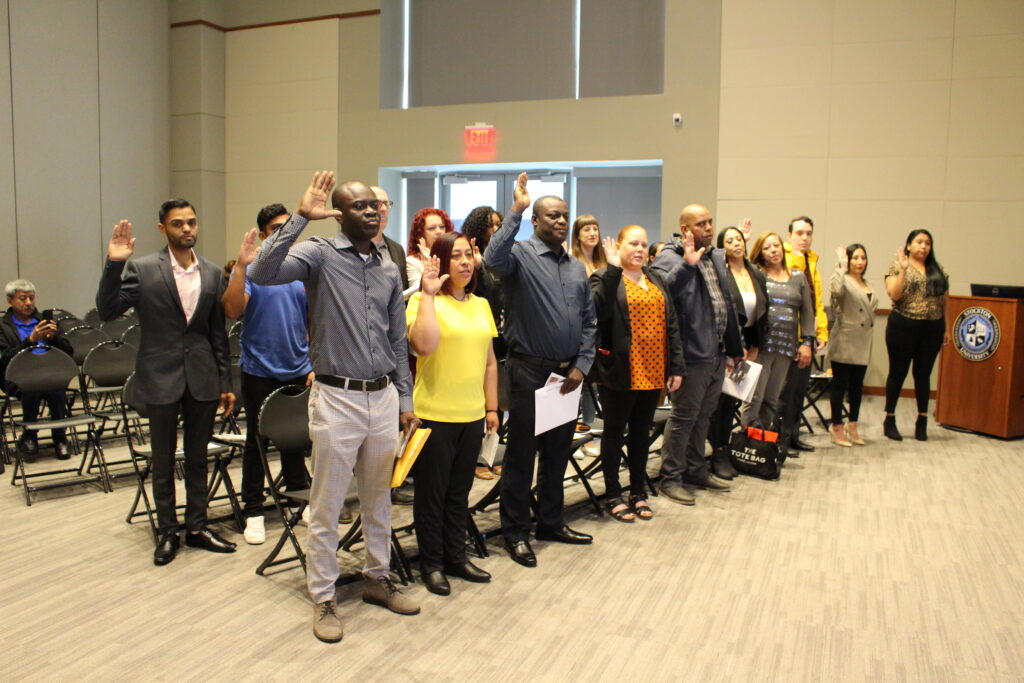 GALLOWAY TOWNSHIP – They came from Colombia, Ghana, India, Poland and Peru years ago to start a new life in America,

On Friday, May 6, 19 natives of 11 countries officially became Americans, taking the Oath of Allegiance in a naturalization ceremony at the Campus Center at Stockton University.

The Stockton Center for Community Engagement and Service-Learning hosts the annual ceremony and also sponsors naturalization classes at the Stockton Atlantic City campus from 6-7 p.m. on Tuesdays from September through May.

“Offering naturalization classes and hosting the naturalization ceremony speaks to the vision of our center, which is to promote the ideals of public service and social responsibility, and serve the public good,” said Dr. Merydawilda Colón, executive director of the SCCESL. 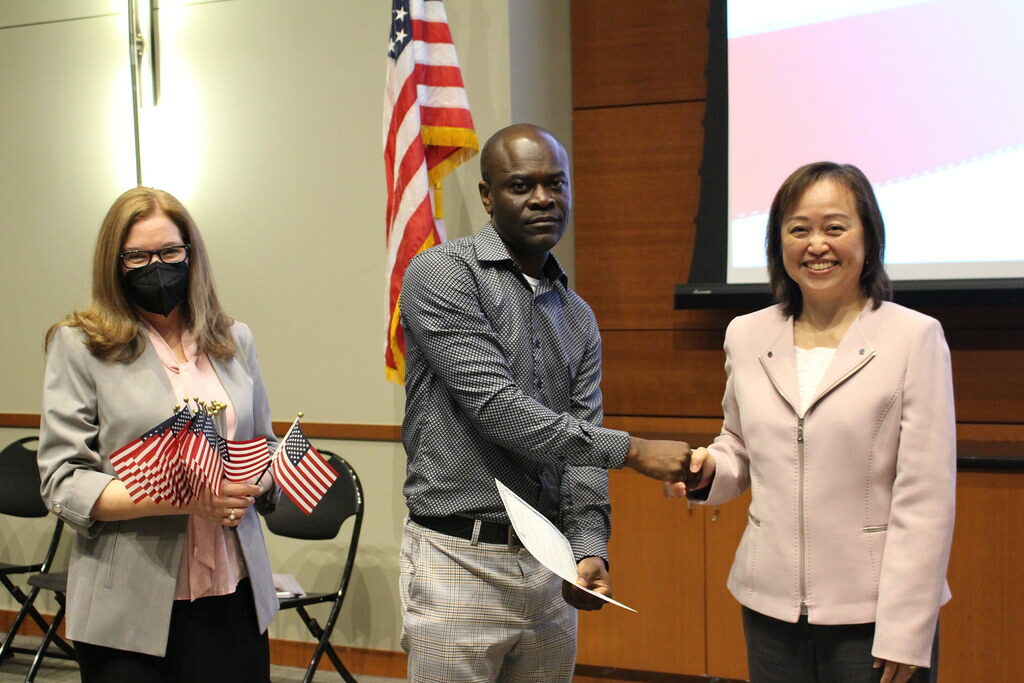 Keith Dorr from the U.S. Citizenship and Immigration Services office in Mt. Laurel administered the oath and said it was a day to celebrate.

“You are not just good people, you are extraordinary people,” Dorr said.

Two of the new citizens are also students at Stockton, Ramon Eduardo Croce, and Nand Patel.

Patel, a Galloway resident, is also a member of the New Jersey Air National Guard 177th Fighter Wing. He said came from India with his family when he was 14, graduated from Absegami High School in 2017, then enlisted in the Air Force.

“I liked what I was doing,” he said of his work in supply chain management. Now a Business Studies major at Stockton, he would like to go to officer’s training school and getting his citizenship was one step toward achieving that goal.

Karen Chilito of Galloway, who is originally from Colombia, attended with her two children and remembered coming to America when she was a child.

I have been here since 1994 and decided it was time to become a citizen,” Chilito said. “I can’t wait to get an American passport, and vote, and have my voice heard.” 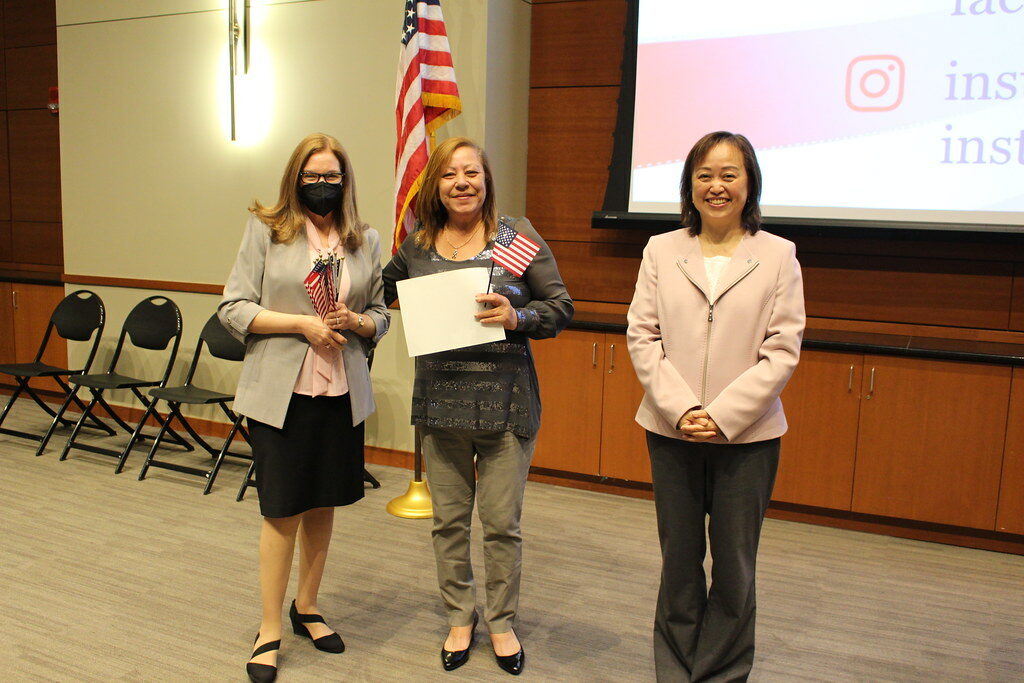 All of the new citizens were encouraged to register to vote.

Ya-Mei Chen, director of the USCIS office inf Mt. Laurel, recalled her own arrival in America from Taiwan, carrying two suitcases and a rice cooker.  She said he had studied English, but using it in regular conversation was challenging at first.

“If your first language is not English, it is such a challenge,” Chen said. “But we made it work. Continue to do what you are doing.”

She encouraged the new citizens to continue to celebrate their culture and heritage with their children, friends and neighbors.

“Be a bridge between cultures,” she said. “It’s important to fit in, but also to stand out. Be yourself.”

Members of two chapters of the Daughters of the American Revolution, the Greenwich Tea Burning Chapter from Cumberland County and the General Lafayette Chapter from Somers Point, presented gift bags to the new citizens. 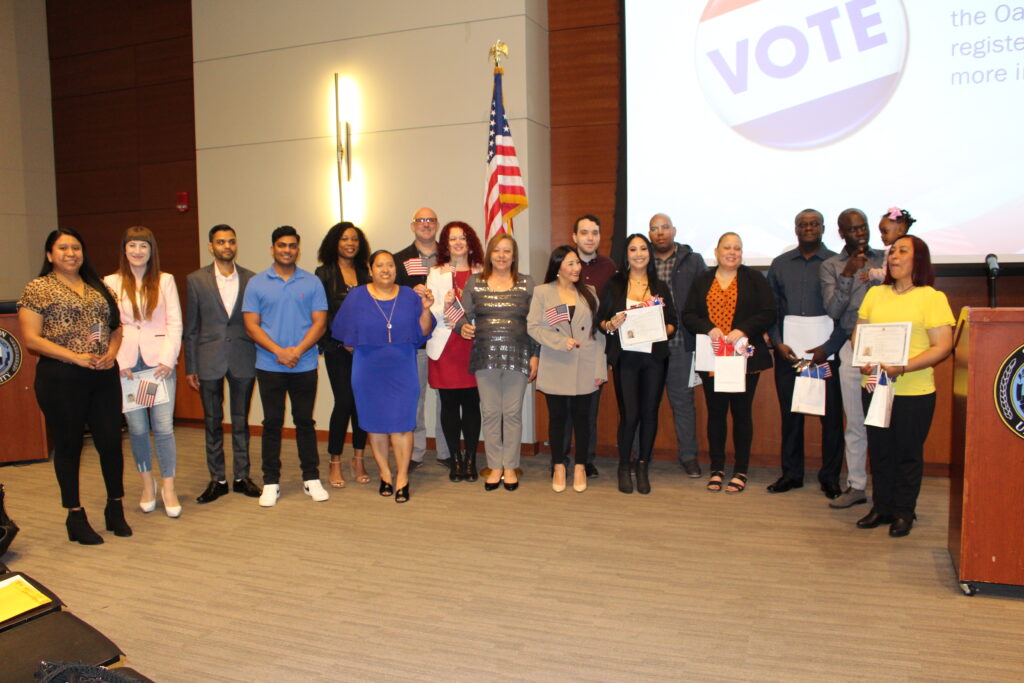 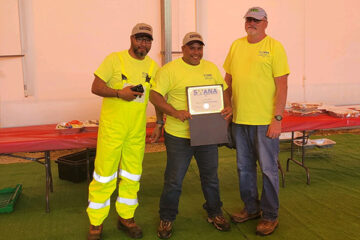 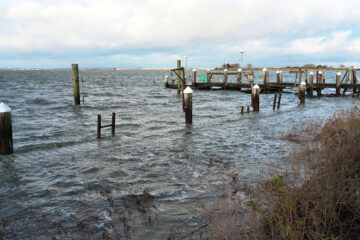