Published by Nanette LoBiondo Galloway on May 25, 2022 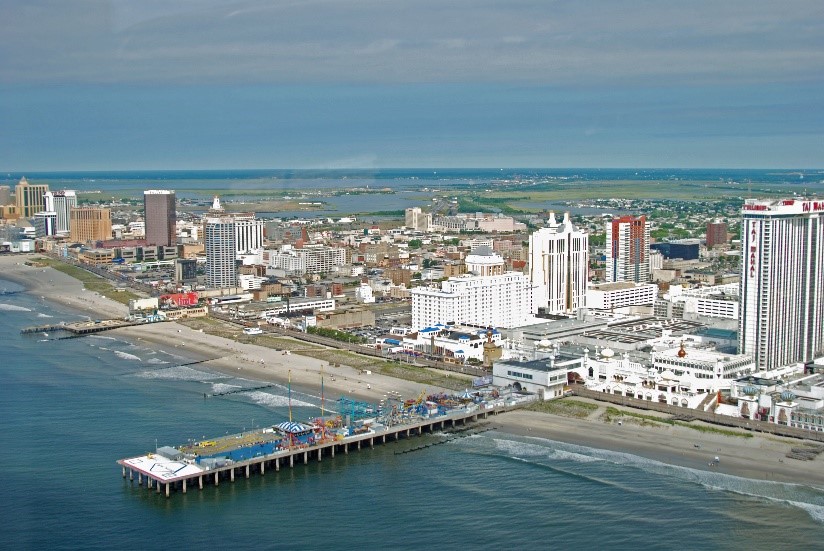 ATLANTIC CITY – The U.S. Economic Development Authority today announced the award of a $6 million grant to fund the reconstruction of the World Famous Atlantic City Boardwalk. Construction is planned in the fall of 2022 and be completed by the summer of 2023, Mayor Marty Small said in a release.

The city plans to replace a section of the Boardwalk that is more than 100 years old. The project will start at Florida Avenue and continue to at least Missouri Avenue. The cost to replace the entire Boardwalk is estimated to be $60 million.

In 2021, Gov. Phil Murphy’s administration released the Atlantic City Restart and Recovery Working Group Report prepare by community leaders convened by the governor and Lt. Gov. Sheila Oliver to examine the post-pandemic reality of Atlantic City and provide recommendations for how the city can economically and socially recover from COVID-19.

“The Boardwalk is the crown of the city, and it is the top priority of the committee to rebuild and redevelop this important feature. This would have impacts throughout the city as it would attract business, new housing opportunities and employment opportunities, as well as make Atlantic City more attractive to tourists and potential residents,” the report states.

“The iconic Atlantic City Boardwalk serves as a central hub for small businesses and a tourist destination,” U.S. Sen. Cory Booker said. “Ongoing rehabilitation is needed for the Boardwalk to remain safe for residents, businesses and tourists. I was proud to support this critical revitalization project, which will repair damaged sections of the Boardwalk and ensure that it remains a central component of the community’s economy.”

This grant was funded by the American Rescue Plan, which Senators Booker and Robert Menendez supported. This project is funded under EDA’s $240 million competitive American Rescue Plan – Travel, Tourism, and Outdoor Recreation program. EDA awarded $510 million in grants to all 50 states and territories in 2021. This program is designed to accelerate the recovery of communities that rely on the travel, tourism and outdoor recreation sectors.

Rutala Associates, the city’s grant consultant, prepared the USEDA grant application and has been working with federal and state agencies to gain funding support for the Boardwalk reconstruction.

The midsection of the Boardwalk was prioritized due to the condition of the Boardwalk and the potential for this work to leverage economic development in the city. Prior to the pandemic in 2019, Historic Jim Whelan Boardwalk Hall hosted 329,589 attendees at 89 events. Planned development at Caesar’s Casiono Hotel, including the new Spieglewood Theatre, and the redevelopment of the Plaza site holds significant job creation potential which will be leveraged by this grant.

The city will retain engineers to evaluate the Boardwalk foundation to determine how much if any of the concrete substructure can be saved and then design new joists and decking.