Published by Nanette LoBiondo Galloway on May 27, 2022 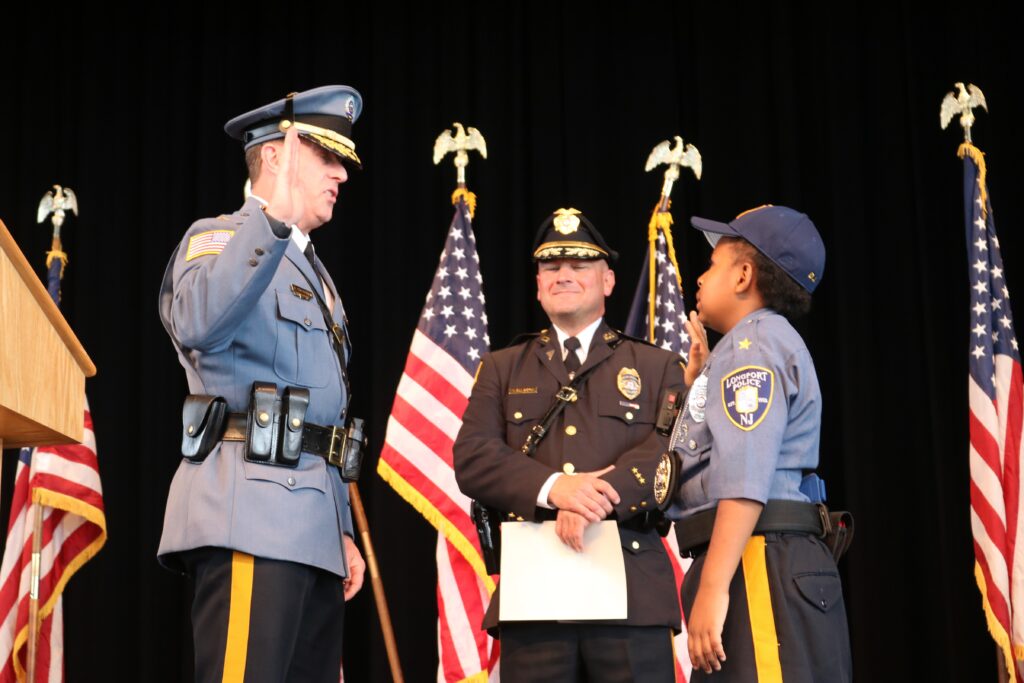 Davarjaye “D.J.” Daniel does not let cancer stop him from his mission.

The 10-year-old Texan, who is battling brain and spinal cancer, has had 11 brain surgeries. Yet he has achieved major goals in his short life and continues to do so in hopes that he could bring awareness of his cancer.

He is ceremoniously sworn in as an officer of different law enforcement agencies in the country. He has already achieved his goal of more than 100 different agencies to support the work of the officers.

And on Friday, D.J. added 30 more law enforcement agencies to that number. Officers from Cape May, Atlantic and Cumberland Counties attended a swearing-in ceremony for D.J. at the Ocean City Music Pier in which he was named an honorary officer of each agency.

Looking very official, D.J. wore a uniform, complete with a plastic gun in a holster and a badge. 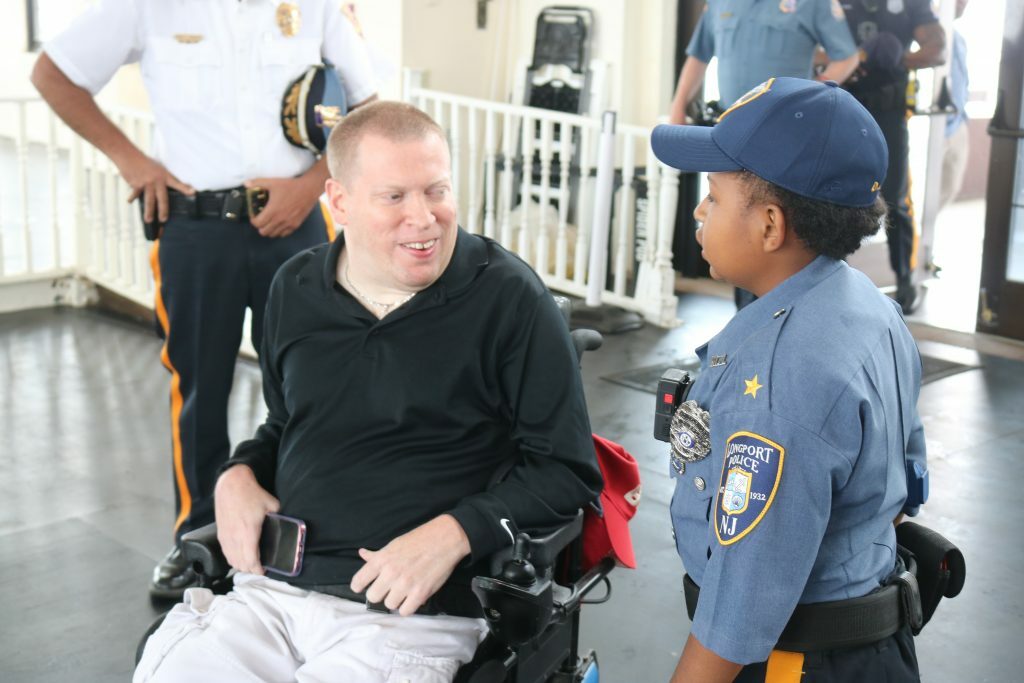 Longport Police Chief Frank Culmone and his department organized the event. Culmone stood onstage and introduced the departments as the representatives went up to swear in D.J. to the agencies.

D.J. walked into the Music Pier and spoke to nearly all of the officers in the room and shook their hands. He also spoke with city officials and other audience members. He even gave some of the officers and other attendees hugs. Some of the male officers who were bald got rubs on the head from D.J. to the amusement of the audience.

As each officer went up to the stage to recognize D.J. and swear him in to their department, he repeated the department names and shook the officers’ hands. 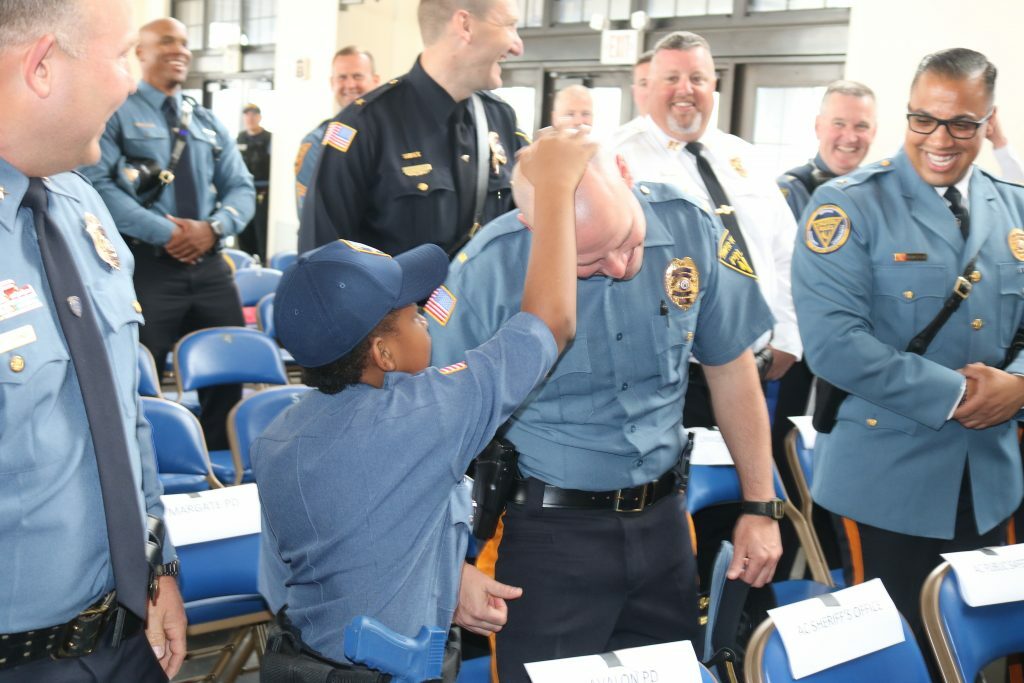 D.J. shows his sense of humor as he rubs an officer’s bald head.

Ocean City Mayor Gillian said in a statement Friday after the ceremony, “Law enforcement agencies throughout the region honored a 10-year-old battling cancer by naming him an honorary police officer.”

Gillian continued, “Davarjaye “D.J.” Daniel has completed a mission to be sworn in by 100 different agencies, and he’s continuing his mission to support men and women in blue and inspire others to achieve their dreams despite their personal obstacles. Please join me in congratulating and welcoming D.J., the newest member of our police department.”

His father, Theodis Daniel, said a few remarks about D.J. He spoke of his son’s strength and resilience. He noted that when he was in the military and returned home from duty, it served as the inspiration for his son to be around law enforcement officers.

It was something he showed his son and something that stuck with the little boy. Now, the goal is to be sworn into hundreds of more agencies.

It is a goal, Theodis Daniel said, that he is sure his son will achieve. 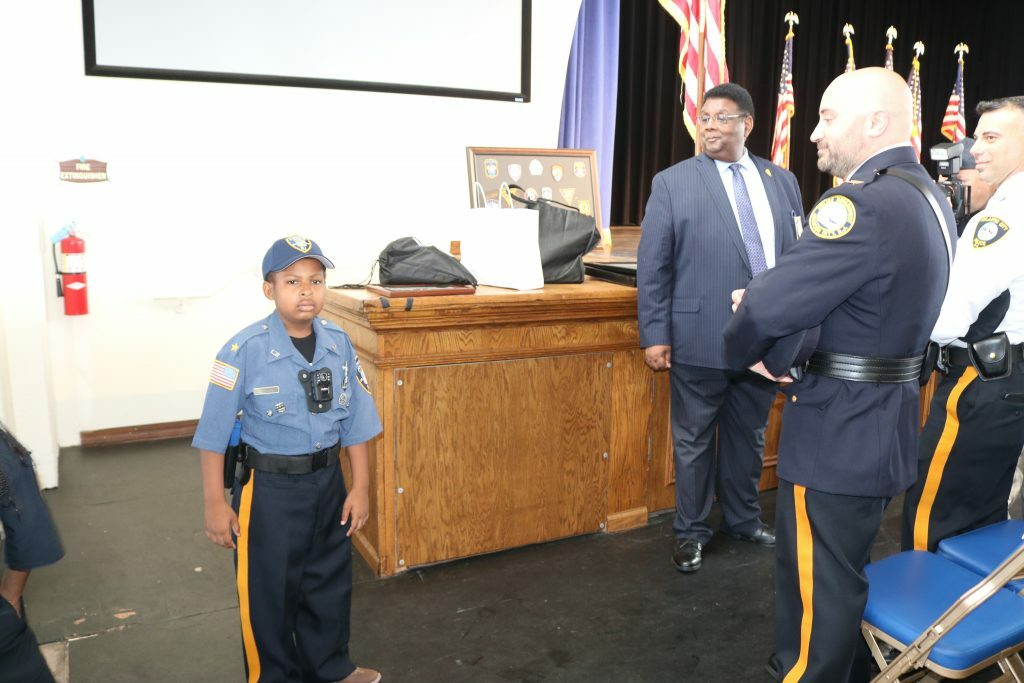 D.J. looks at the officers shortly after his entrance into the Music Pier.