Published by Nanette LoBiondo Galloway on May 28, 2022 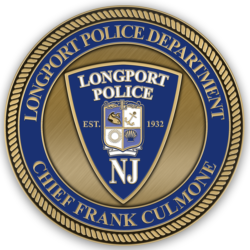 MARGATE – The Longport Police Department May 16 received a report that a resident on 36th Avenue had discovered bullet holes in their fence. The caller further reported that after viewing their home surveillance footage, they found that it was their elderly neighbor who had shot holes into the fence.

Further investigation revealed that Francis Beck, 82, of Margate, had fired two rounds from a CO2 powered handgun into the fence. The discharge of the rounds occurred in the area of South Coolidge Ave in Margate.

Beck was taken into custody Thursday, May 26 by Longport Police Sgt. Nicholas Rettino and Patrolmen Matthew Long and Quinton Wright and was charged with possession of a weapon for unlawful purpose, unlawful possession of weapons and criminal mischief.

A search warrant issued for Beck’s home revealed a large cache of firearms and ammunition. While conducting a search of the home, officers came across what was believed to be a homemade explosive.

Beck was further charged with possession of destructive devices, multiple weapons violations and other offenses.

In accordance with NJ bail reform, Beck’s charges were placed on summons and he was released after processing pending court.

Anyone with information may contact Sgt. Nicholas Rettino at rettino_nicholas@longportpd.org