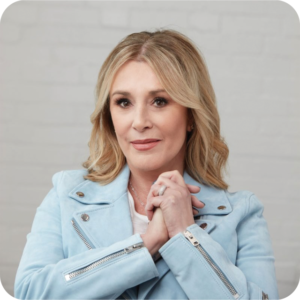 Walsh will also perform live in concert at 7 p.m. with free admission.

Originally from Scotland, Walsh now resides in Texas with her husband Barry. She considers herself first and foremost a wife and mom.

In her spare time, she has written numerous books, including, “It’s Okay Not to Be Okay,” “Praying Women,” and “Holding On When You Want to Let Go” to be released in September.

She is also a featured speaker and Bible teacher at events around the globe, such as Women of Faith, and co-host of the “Life Today” television program seen throughout the U.S. and Canada.

In addition to her current focus on writing and speaking, she has also had a successful career in contemporary Christian music. Beginning with 1981’s “Future Eyes,” she has released more than 25 albums and been nominated for three Grammy Awards.

Her latest release, “Braveheart Worship,” is her first in almost a decade and features several new songs written especially for this project, which Walsh calls “a journey of praise and worship to my Savior.”

For a complete schedule of speakers, concerts, programs and events at the Ocean City Tabernacle, visit octabernacle.org. The Tabernacle is located at 550 Wesley Ave. in Ocean City.