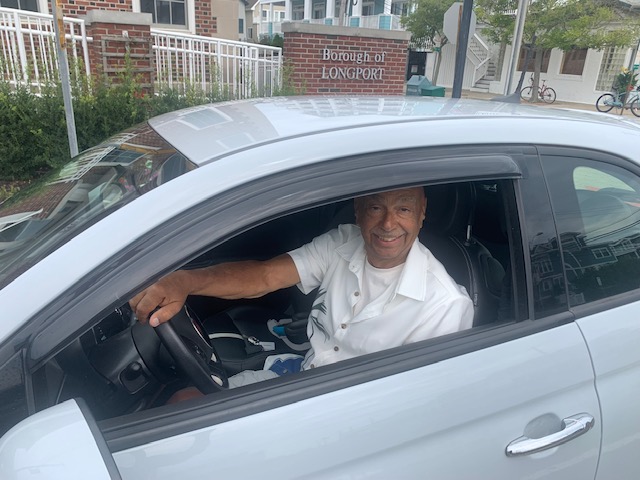 Along with announcing that residents will be able to receive incentives for installing EV charging station infrastructure in their homes, Gov. Phil Murphy was in Asbury Park Monday to tout the success of the state’s electric vehicle incentive programs and announce that Atlantic City, Ventnor and Longport have each received funding from the NJ Board of Public Utilities to install public EV charging stations and purchase electric vehicles. New this year – the third year of the incentive programs – is a program directly benefiting residents who purchase electric vehicles.

Offering incentives to install residential charging station infrastructure and encouraging motorists to purchase electric vehicles is part of Murphy’s Charge Up program, which will help the state reach 100% clean energy by 2050. According to the NJ Department of Environmental Protection, transportation accounts for 40% of the state’s greenhouse gas emissions.

The new Residential Charger Program offers a $250 rebate on the cost of a home charger. Multi-unit dwellings five units or more are also eligible to receive incentives, and the EV Tourism program provides funding for chargers in tourist locations.

The Tourism Program provides municipalities with a $2,000 incentive and up to $5,000 to prepare a site for Level 2 chargers, and up to $75,000 Direct Current Fast Chargers, also called DCFC units. Site preparation includes pre-wiring, service panels and other charger infrastructure.

Municipalities can also receive incentives from the Clean Fleet program to transition to EVs, and provides up to $4,000 to purchase EVs, a $2,000 incentive and up to $5,000 for make ready costs for Level 2 chargers and up to $75,000 for DCFCs.

“With so much at stake amid the mounting climate crisis, it is imperative that we all do our part not just as New Jerseyans, but as global citizens, to help mitigate the impacts of climate change,” Murphy said.

NJBPU President Joseph L. Fiordaliso said he expects participation in the third year of the program will be robust.

“Our goal is not only to encourage New Jerseyans to drive electric, but to ensure they have enough locations all around the state to charge up, regardless of where they live, work or play,” he said.

Longport received incentives to install a Level 2 charger and purchase one electric vehicle.

Mayor Nicholas Russo, who drives an electric vehicle, said the charging station would be located in the parking lot at the rear of Borough Hall.

“As an owner of a Fiat 500 myself, I know they are a lot of fun to drive and the kilowatts are cheaper than gas,” he said.

He purchased the vehicle used and had to wait a few months until one became available in New Jersey, “but it was the best $10,000 I ever spent in my life,” he said.

He lent the vehicle to his daughter whose vehicle was in the shop, and four weeks later, he called her to say he was going to report the vehicle as stolen if she didn’t return it soon.

“It’s so cool, and so much fun to drive,” he said. “In the winter, the heat is immediate, and the torque is great, not as great as a Tesla, but it’s quiet and great to zip around in.”

Russo said his vehicle can be charged at home with 110-volt outlet, but he also goes to Ocean City for a quick charge using the ChargePoint system to pay for the charge, which he hopes to bring to Longport.

The municipality will have to pass an ordinance limiting parking at the charging station to the time needed to charge the vehicle, he said.

Only EVs will be allowed to park in the charging space.

“We’ll have to add a fee for parking violations, and allow an automatic surcharge for overstaying the charge time,” Russo said.

Ventnor Commissioner Lance Landgraf said the city received incentives to install a fast charger with two ports behind City Hall – one will be reserved for the public and the other one for the city. The city will also purchase two EVs for Code and Parking Enforcement. The plan includes narrowing the sidewalk to widen the cartway where EVs can receive the charge, Landgraf said.

Landgraf said the city is excited to start the move toward greening its fleet, and offering opportunities for residents to get a quick charge for their EV.

“There are three Teslas parking on my street in the summer and a college friend has one and loves it,” he said.

“There is no doubt that the tide has turned, and electric vehicles are now a legitimate alternative, equal to their internal combustion competitors in price, if not superior in performance,” Murphy said. “We want to make sure that even tourists can drive their electric vehicles to enjoy their New Jersey vacations.” 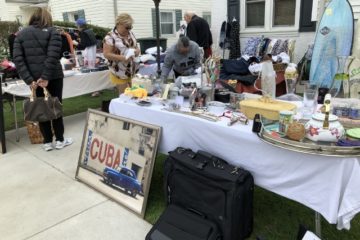