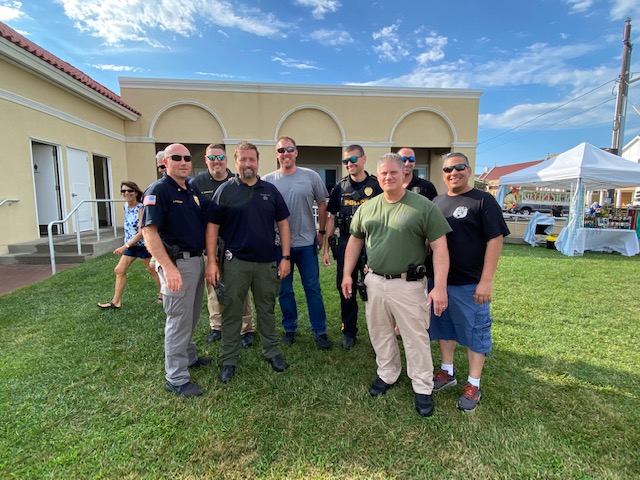 VENTNOR – After a two-year hiatus due to the COVID-19 pandemic, the city held its National Night Out event at the beachfront park on Newport Avenue. Hundreds of people attended the event, which included lots of fun for children and adults.

The event is sponsored by the Ventnor City Police Department and the Municipal Alliance as a way to build community and positive relationships with the police, who serve and protect. Numerous community groups, such as the Ventnor Beautification Committee and Ventnor Business Association, joined law enforcement agencies to engage residents, provide information, make the community safer and ensure children had fun and families had lots to eat. 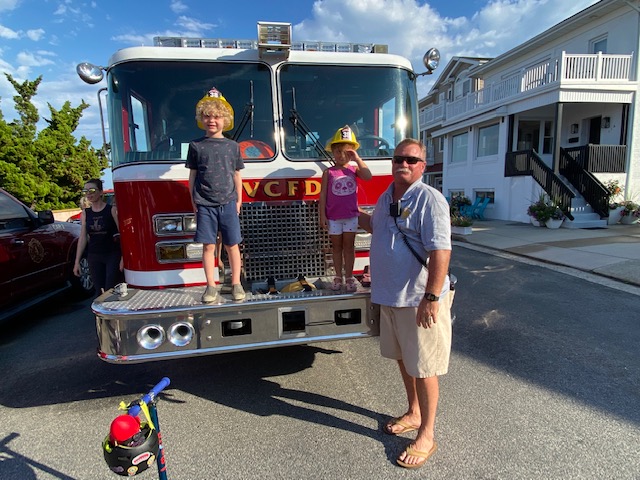 National Night Out, held each year on the first Tuesday of August, was first held in 1984 by National Association of Town Watch to encourage police and civic groups to unite for crime prevention. Since that time, the event has grown nationally from a night to turn on your porch lights and spend some time meeting neighbors, to community celebrations in a central location. NNO events were held in many Atlantic County communities this year.

The Atlantic County SWAT Team made the rounds to different municipalities and in Ventnor demonstrated how the team would apprehend a suspect who refused to exit his vehicle. The team emerged from an armored vehicle fully protected in riot gear, with one officer setting off a harmless explosive device that attracted the attention of the driver.

Attorneys and detective of the Atlantic County Prosecutor’s Office were on hand to meet with residents and chat with Ventnor Police Chief Joe Fussner about how law enforcement keeps communities safe.

“This provides us all an opportunity to continue bridging the gap between the community and police, and collectively working to make our communities safe and prosperous for everyone,” Acting Atlantic County Prosecutor William Reynolds, who previous to his appointment served as the city’s solicitor, said in a new release promoting the event. 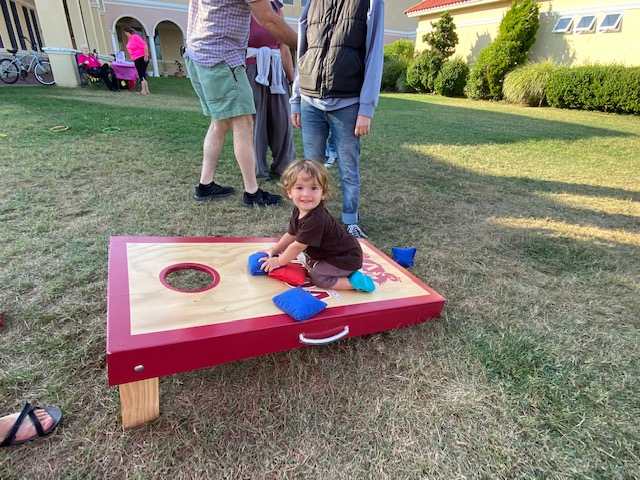 Teens played cornhole, while younger children tried their hand at the basketball blow-ups. Families posed for pictures in a Ventnor City Beach Patrol surf boat, stood in line to get good eats from local food truck vendors, and toured the inside of an ambulance, fire truck and police vehicles. The Ventnor City Police Department “Hero” vehicle was on display providing a positive message about appointing a designated driver for a night on the town.

The evening ended with a beach concert featuring The Exceptions band.