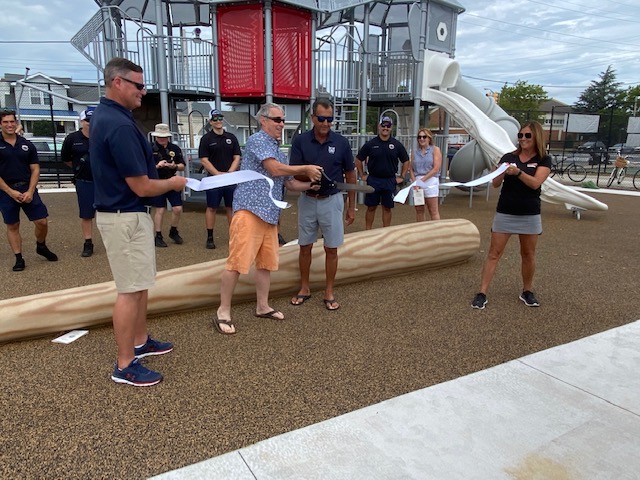 MARGATE – “Baby Lucy” received the kids’ seal of approval Saturday for being one of the best places to play in Margate.

Children joined their parents at 9:30 a.m. Aug. 6 to dedicate the new Lucy the Elephant playground built between the tennis and basketball courts at the Sigmund Rimm Recreation Complex on Jerome Avenue. The playground was built on the site of the old T-ball field, which has been relocated to another area of the park. 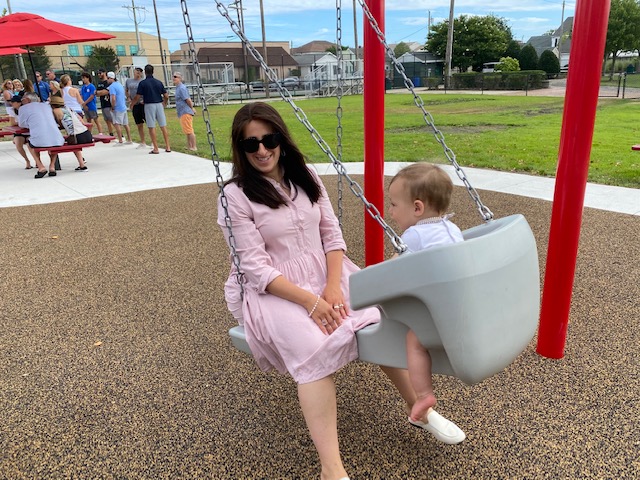 Rachel Orimland, who lives across Jerome Avenue, said she brings her two children, ages 2 and 10 months, to the playground every morning. On Saturday, she joined them on the tandem swing, which includes an enclosed seat for baby and a seat for mom.

“I like to go to the top, but I like the swings the best,” he said. “This is my favorite playground in Margate and the one on the beach (behind the library) is my second favorite.”

Several other children said they like climbing to the top of Baby Lucy, where “you can see everything,” they said.

The playground equipment was designed by Liberty Parks and Playgrounds, Inc. of Delaware to resemble Margate’s iconic historic structure, Lucy the Elephant, who keeps a watchful eye on beachgoers on the other side of town. Designer Jim Wiesendanger attended the ribbon cutting ceremony and chatted with parents and friends, including Richard Helfant, executive director of the Save Lucy Committee, which oversees maintenance and operation of the real Lucy the Elephant, a National Historic Landmark.

The main playground structure, dubbed “Baby Lucy,” is 25 feet tall, much smaller than “her mother,” which is 65 feet tall, Helfant said.

“Lucy is Margate, and Margate is Lucy,” Helfant said. “It’s great to add another attraction to the city.”

Helfant said the city might need to contact the Guinness Book of World Records, because Lucy the Elephant, which at 141 years old is in the throws of a makeover, and she recently had Baby Lucy.

Both projects had to endure delays in completion due to supply chain issues, but Baby Lucy is already welcoming children and visitors in her gateway location, and mom Lucy will be shedding her protective scaffolding by late-September, early-October, Helfant said. 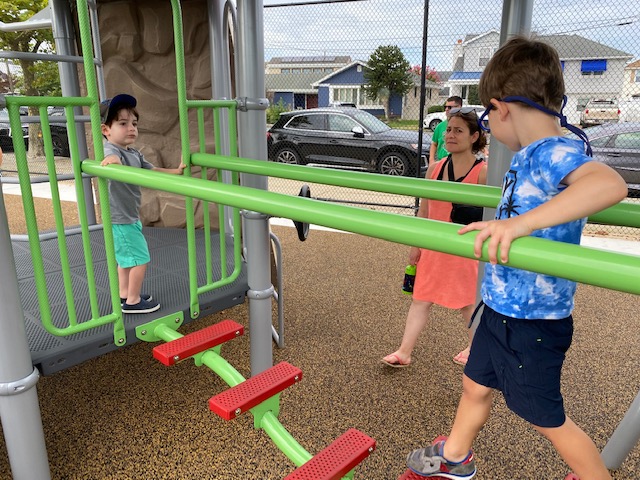 The playground equipment boasts several climbers within the body of the elephant and three slides – one representing her trunk and two others that represent her tusks. A rotating seat at the back of the elephant represents her tail and the ladders on either side are her legs.

Wiesendanger said the steel structure is state-of-the-art and comes with a lifetime warranty.

“It will be here until Margate decides to take it down,” he said.

Safety is paramount when it comes to playgrounds, and the cushioned surface around the structure is 3.5-inches thick, which offers protection if a little one should fall. There is a 4-inch stone base below the cushion to ensure good drainage, he said.

Margate Commissioner of Finance Maury Blumberg said the city has several crown jewels, including the beach, the recreation complex and Lucy the Elephant.

“Now we have another gem to add to the crown jewels,” he said.

He thanked Recreation Supervisor Andrew Miles for coming up with the idea for the design and sticking with it despite construction delays caused by the pandemic.

Commissioner of Public Safety John Amodeo thanked Blumberg for providing the funding to get all of the city’s playgrounds upgraded.

“It’s not inexpensive, but well worth it when you see the kids smiling,” he said. “It’s a great accomplishment and we will continue to modernize and bring our playgrounds up to the latest safety standards. There are no sharp edges and everything is rounded to make sure no one gets injured.”

Amodeo, who lives near the fields, said he loves to see the smiles on the faces of his grandchildren when they come home from playing on Baby Lucy.

The playground was part of a $345,000 investment in the recreation complex. Other improvements at the Sigmund Rimm Recreation Complex included establishing a gaming area along Edgemar Circle where a ping-pong table, cornhole and chess tables have been installed. The project also includes redoing a walkway that connects all of the recreational facilities and rest rooms. 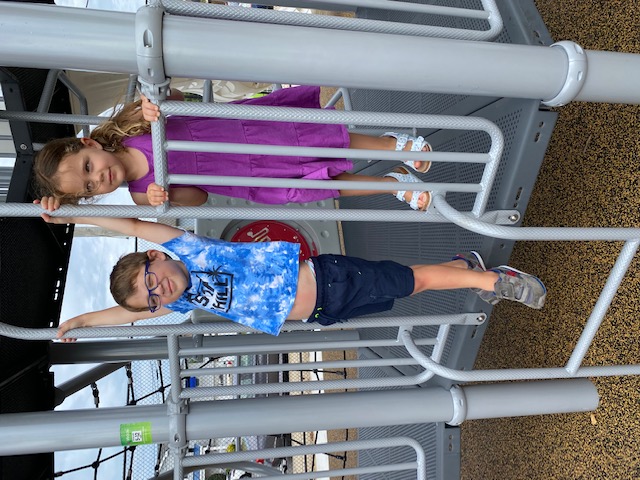 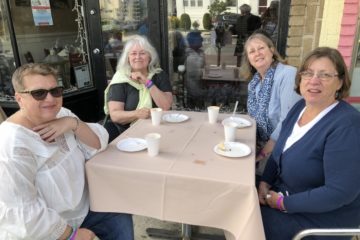