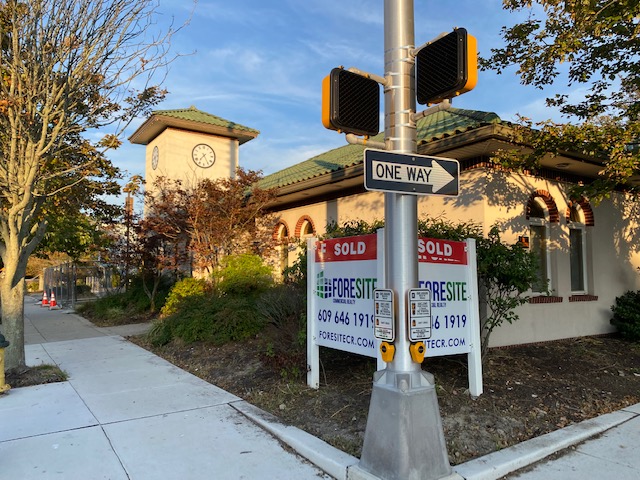 The site of the former Ocean Home Bank will be redeveloped into four housing units.

VENTNOR – Planning officials believe commercial zoning didn’t work out well at the corner of Portland and Ventnor avenues. The site of the former Ocean City Home Bank has been vacant for years and is now surrounded by an unsightly chain link fence.

Rather than wait until the financial market changes enough to allow a commercial entity to develop something there, the site has been purchased by someone who wants to build five upscale single family, 2.5-story homes, each with five bedrooms, pools, elevators, and three off-street parking spaces. The lot sizes would vary slightly and each home would be unique.

On Wednesday, Sept. 14, the Planning Board granted the developer, Carl Senseman of JJCC Longport, LLC, a D variance to change the use from commercial to residential. It also approved four variances needed to build the townhouse styled homes.

During a brief recess, the developer’s team gathered to review the plans and decided to reduce the number of homes from five to four, providing more light, air and open space that planning board members want to see more of in the resort community.

Commissioners Tim Kriebel and Lance Landgraf, who are also planning board members, excused themselves from hearing the case due to a potential conflict of interest. Landgraf noted that the appeal process that could result from the board denying a D variance requires the appeal be heard by the Board of Commissioners.

“We can’t vote on it and then hear an appeal,” said Landgraf, who is also a professional planner. 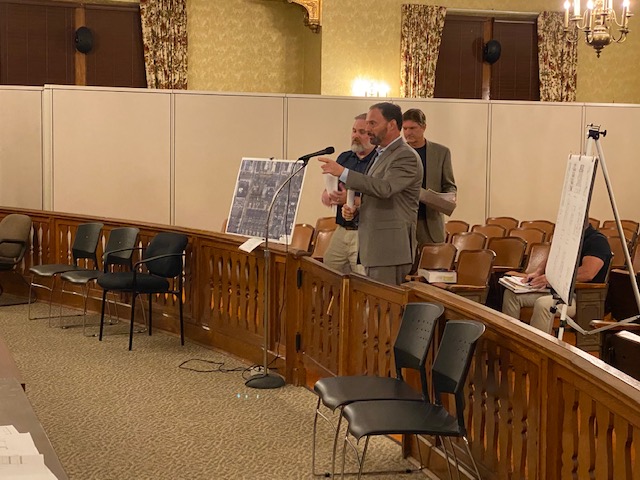 The developer’s attorney, Eric Goldstein, addresses the Planning Board, Sept. 14, 2022.

Goldstein said developing five single-family estate homes at the site would eliminate blight, provide a lower density than a condominium complex would provide, and there would be a zero loss of on-street parking.

“It will bookend Carl’s project at the other side of Portland Avenue,” and reflect similar designs and building materials, Goldstein said.

The C variances were considered on the basis of city regulations regarding the development of commercial property.

Goldstein expressed concern that if the board denied the change of use variance, additional C variances for setbacks and lot width would be required.

The board agreed to hold two votes: the first on the use variance, and the second on C variances, which included front and rear yard setbacks on two of the proposed lots.

The request for a zoning change was warranted, Goldstein said, because the site is suited for five homes, there would be no negative impact on a neighborhood that is mostly residential, the homes would be flood compliant, and the city’s requirements for lot coverage would be maintained. The current lot coverage, including the bank and its parking lot is at 76%, he said, while the new development would reduce impervious surface to 64%, well below what is permitted.

The applicant agreed to fulfill the wishes of 34 neighbors at Ocean Villa Court, which was represented by condominium President Efram Robinson, who requested a 6-foot easement and a row of arborvitae remain as a buffer between the properties. The applicant agreed to add an additional foot to the 3-foot setback required. 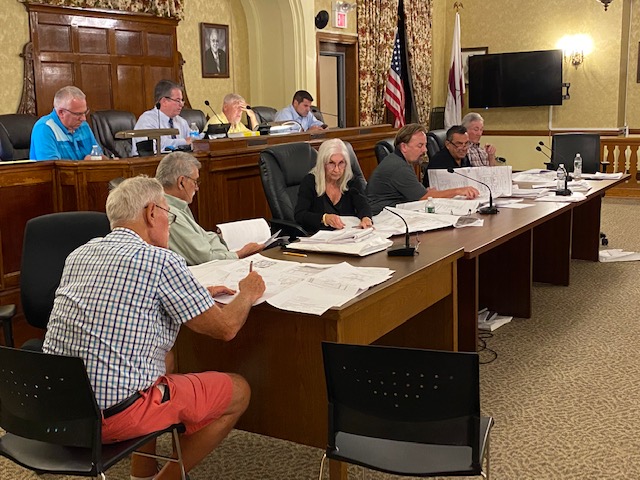 Board members lamented the location of the proposed driveways would not add any parking spaces on the street.

“We need parking for our commercial district. This could be designed differently and although you are not taking anything away, but you could be giving something back,” said board member Peter Tacco. He said the project was “out of place in an urban setting.”

Board member Dan Smith noted that there were two other developers interested in the site, but both “walked away” from building condominiums.

Twenty-year board member Lorraine Sallata, who lives in a high rise condominium, said her neighbors would like to walk out of their building and frequent commercial establishments, but “there are no stores. Everything is being replaced with residential.” Putting in five, five-bedroom houses is “overkill,” she said.

Goldstein said the applicant respects the views of board members, but the project offers a lower density than city regulations allow for the proposed R-7 zone.

“Something has to go there…and this plan meets everyone’s needs,” he said. “It balances the interests of all…and this is the plan that works best. No one wants to see this left as a shuttered bank.”

Before the board voted on the D variance, a board member asked for a five minute break. During that time, the applicant’s team huddled over a schematic of the proposed subdivision.

When the meeting resumed, Goldstein once again addressed the board.

“In an effort to be a good neighbor…Carl wants to amend the application to include a four lot subdivision not five,” he said.

The amended plan eliminated one lot, reduced the number of variances required from seven to four, and added one more on-street parking space on Ventnor Avenue.

“The new plan is more favorable to my community of 34 members,” Robinson said during a second public comment session.

Board members agreed the project was “more workable,” “reduced density,” and the variances required were “de minimus.”

They commended Senseman for compromising on the plan to meet the concerns of the board and the community.

Greer Gaskill called it a “win-win” for the city and the applicant.

Although the board voted unanimously to approve the D and C variances, the applicant still has other approvals to obtain before a shovel can hit the ground.

Senseman will be required to submit an updated plot plan to the Zoning Office and obtain approval from the Atlantic County Planning Advisory Board for driveway curb cuts for two lots located on Ventnor Avenue, which is a county roadway. 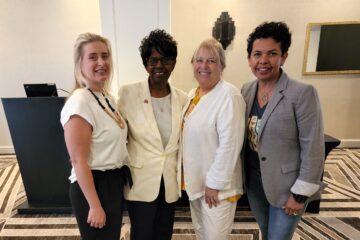 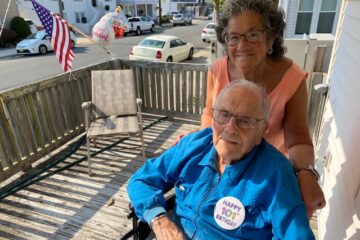