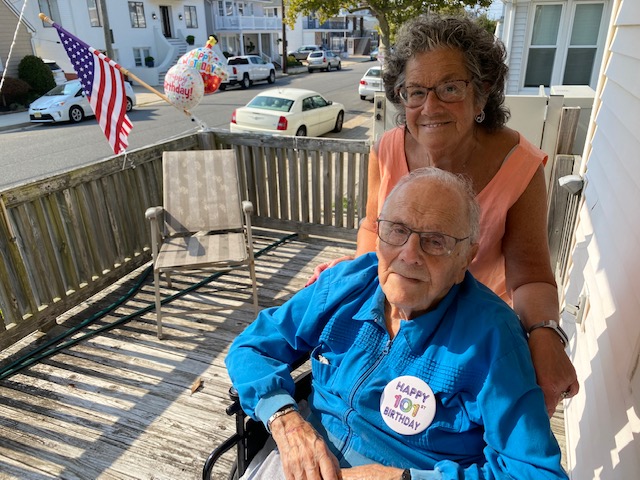 Hy Solof and his daughter Zelda. 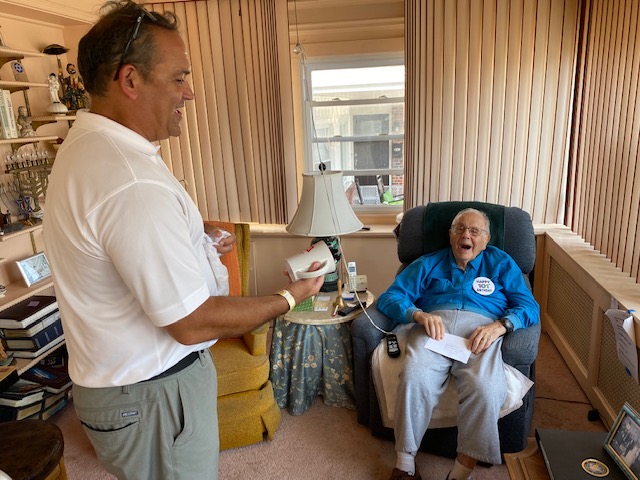 Ventnor Commissioner Tim Kriebel paid him a visit to wish him a happy birthday, and deliver a little gift – a coffee mug bearing the city’s redesigned logo.

Asked the secret to his longevity, Solof said, “Don’t get caught.”

He explained, “Don’t get caught whether its in marriage or business. That’s the general idea, but I’m not talking. I don’t want to incriminate myself.” 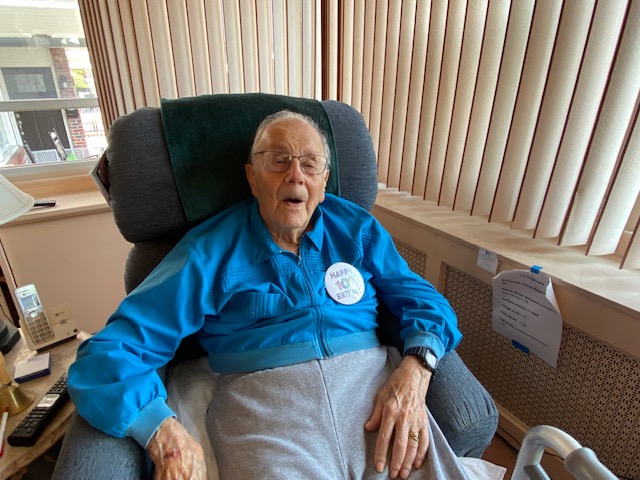 His sense of humor was evidence that he was having fun on his birthday. As visitors came and went, his daughter Zelda Solof decided to move him to the front porch, just in time for a drive-by courtesy of the Ventnor City Police and Fire Departments.

“They did that last year when he turned 100 and he loved it,” she said.

Hy Solof, a World War II Army veteran who was stationed in France on D-Day, said hanging out with younger people keeps him on his toes. He is very proud that President Joe Biden recognized him on his birthday last year by sending him a certificate and a nice letter. 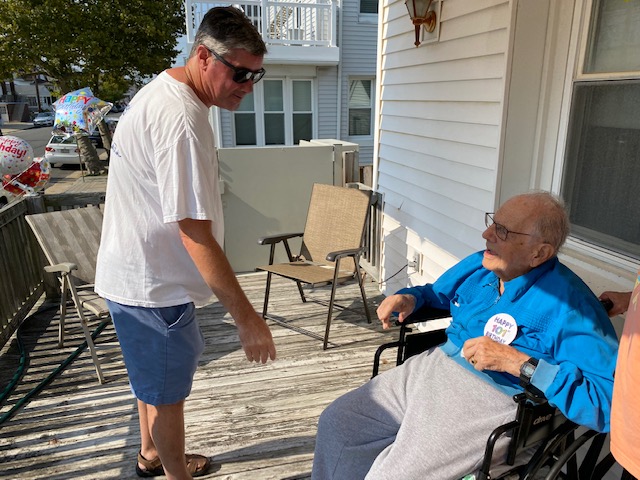 A well wisher greets Hy Solof on his front porch.

Solof was born in Camden but lived much of his life in Ventnor. He was in the “bar business” in Atlantic City and owned a bar at North Carolina and Baltic avenues, he said.

Join us in wishing Hy Solof many more happy birthdays. 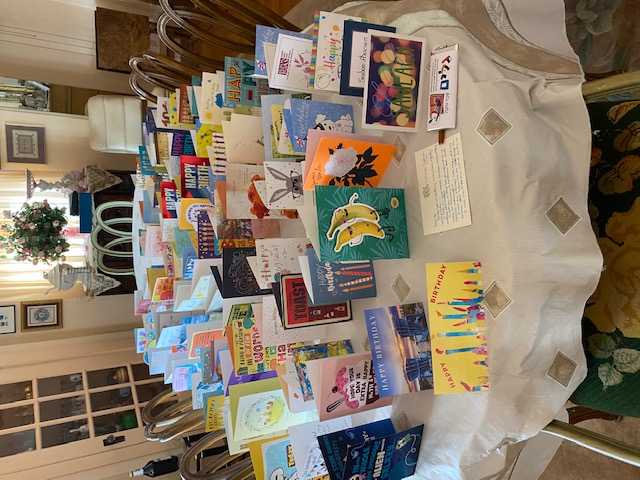 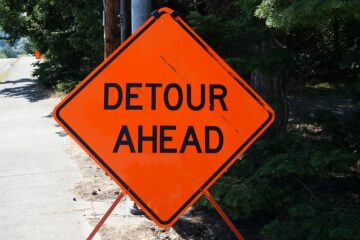 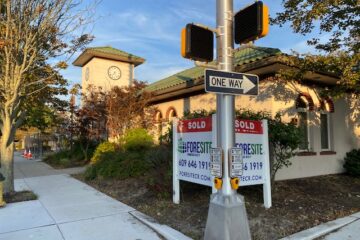 By NANETTE LoBIONDO GALLOWAY VENTNOR – Planning officials believe commercial zoning didn’t work out well at the corner of Portland and Ventnor avenues. The site of the former Ocean City Home Bank has been vacant Read more…