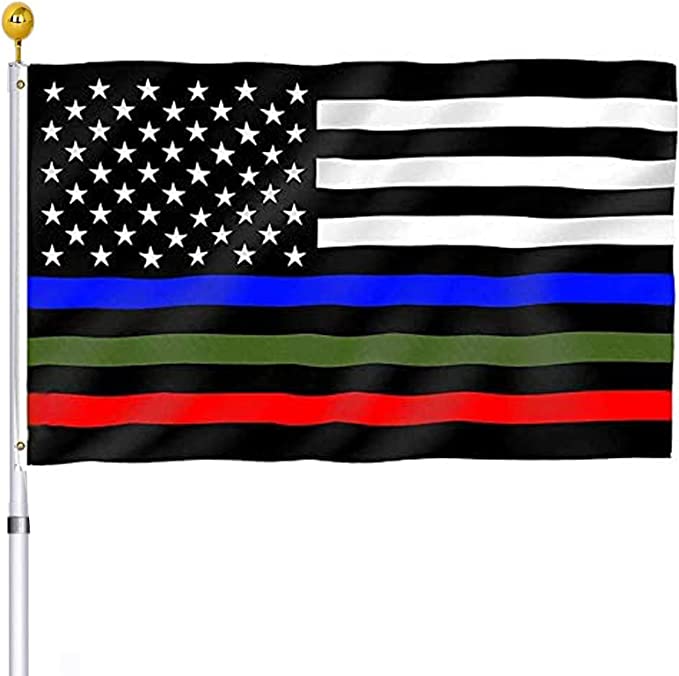 LONGPORT – About two years ago, resident Mary Nugent asked the borough to erect a “first responder service” flag at Thomas B. Reed Park to express gratitude and appreciation for the work first responders do for the community. Before Labor Day, the borough erected 20 of the flags on electric poles along Atlantic Avenue, but quickly removed them after the holiday after a veteran complained that he found them “offensive,” officials said Wednesday, Sept. 21.

According to Solicitor Michael Affanato, the unnamed veteran complained to the borough and then brought his complaint to Atlantic City Electric, which owns the poles. Affanato said, the utility company informed the borough that it could not erect flags on their property without permission and asked that they be removed.

“They have a right to approve what is put on their poles,” Affanato said.

“I will not let this go. I am passionate about this…I will come to every meeting until a flag is erected,” said Nugent, who flies a service flag at her home on Oberon Avenue. “We should respect what our first responders do for our people.”

The flags include the design of the American flag in black and grey with a red or blue stripe. There are various versions of the services flags, including ones with red lines for firefighters, blue lines for police, and multi-colored stripes to honor other service workers.

Mayor Nicholas Russo said the First Amendment provides for all Americans to fly whatever flag they want on their own property but altering the American flag can be viewed as “offensive to some people.”

“You can do whatever you want on your own property, but when it comes to public property, we have to be careful,” Russo said.

The service flags became popular after 911 as a way to “back the blue.” Some people view them as a tribute to first responders who put their lives on the line every day and a symbol of patriotism, yet others see them as a political statement against the Black Lives Matter movement.

“My personal opinion is that there is only one American flag. I’ve seen American flags with all types of emblems and symbols on them,” Russo said. “While it’s nice to recognize our first responders, the way to do it is what the issue is. Americans have First Amendment rights to do whatever they want on their own property, but when it comes to public property, we need to separate church and state and not make any political statements that might offend others.”

“This is firemen and EMTs. When I call 911, I don’t say send me someone who is blue or red. Just send me somebody. I don’t care what their politics are,” Nugent said.

Affanato said the complainant said the flag, even though an official first responder flag, has been “corrupted by white nationalists.”

“That’s what happens when you deal with small-minded people,” Nugent said. “All I am asking you to do is say to our people we respect what you do.”

The commissioners made no decision during the meeting about how the borough can publicly honor their first responders, but Russo said the borough might seek an alternative.

“Whatever we do, we don’t want to cross the line.”

For information about how to fly the American flag, see https://www.legion.org/flag/code 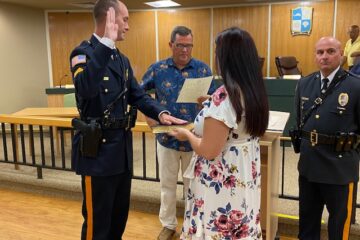 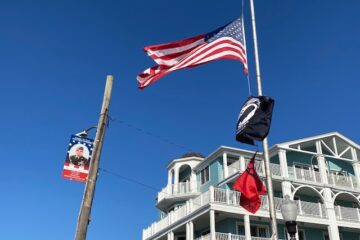 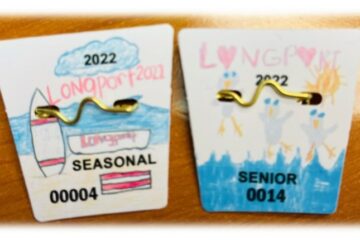 LONGPORT – Submissions are being accepted for the borough’s annual Beach Tag Design Contest. The deadline to have your child’s artwork considered for the 2023 beach tag is Dec. 30. Two submission will be selected Read more…