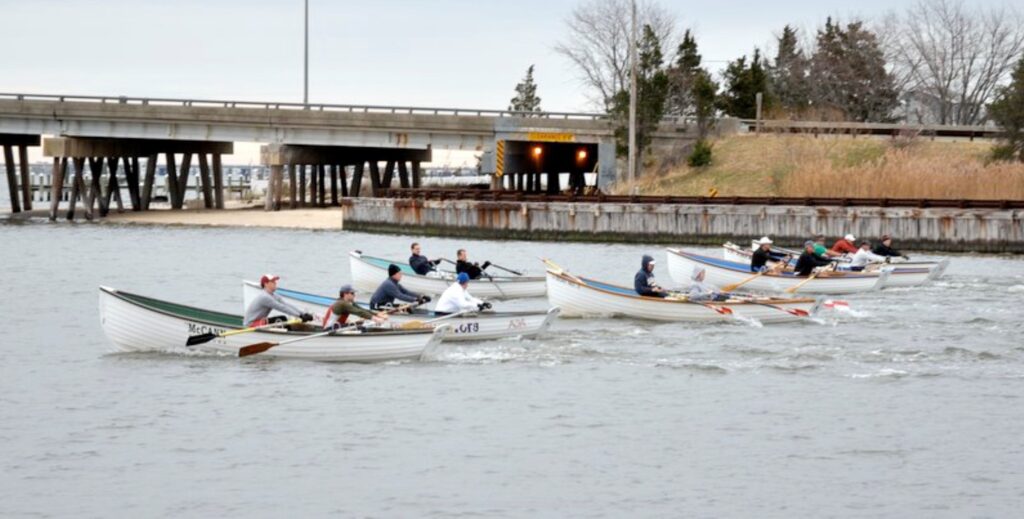 Before they sit down for the turkey and stuffing, Joe LaRosa Jr. and his wife, Barb, will sit down for some rowing on Thanksgiving.

The LaRosas, of Sea Isle City, have been rowing together for 20 years.

In what has become a holiday tradition for them, they will join with other rowing enthusiasts for the Pilgrim Paddle regatta on Thanksgiving morning, Nov. 24, in Great Egg Harbor Bay in the shadow of the Garden State Parkway.

The 3½-mile race begins 9 a.m. at the Upper Township municipal beach in Beesleys Point, makes its way around Drag Island and then heads back to the starting point to finish up.

However, members of the public are also invited to participate in the free regatta – anyone who would like to row or paddle. There will be Van Duyne surfboats, crew shells, coastal rowing shells and paddleboards plying the bay waters.

Most recently, Mac Murray and his rowing partner, Mark Myhre, another former Sea Isle Beach Patrol member, dominated the 65 to 68 age group to win the surfboat race at the U.S. Lifeguard Association national championships at Hermosa Beach, Calif., on Aug. 13.

For the Pilgrim Paddle, the 68-year-old Mac Murray will be teaming up with another rowing partner, Jimmy Gibbons, 62, a retired former lifeguard in Sea Isle, Wildwood and Upper Township.

Mac Murray and Gibbons were rowers in one of just two boats that competed during the humble beginnings of the Pilgrim Paddle 15 years ago. One of the rowers in the second boat was Bill Handley, the chief of the Upper Township Beach Patrol.

The event has continued to grow over the years and will likely feature 20 to 25 boats competing this Thanksgiving, Mac Murray said.

“Everyone is looking for something easy to do before Thanksgiving dinner and the football games,” he said.

Mac Murray, though, pointed out that the competitive nature of most of the rowers usually takes over once they get out on the water.

“It’s always a race,” he said. “When you’re rowing with a friend of yours and you look to the side and see another boat, then it’s a race.”

Mac Murray spent 15 years as a lifeguard in Sea Isle, 10 years in Wildwood and 22 years with the Upper Township Beach Patrol. He is a member of the Sea Isle City Beach Patrol Alumni Association Hall of Fame. 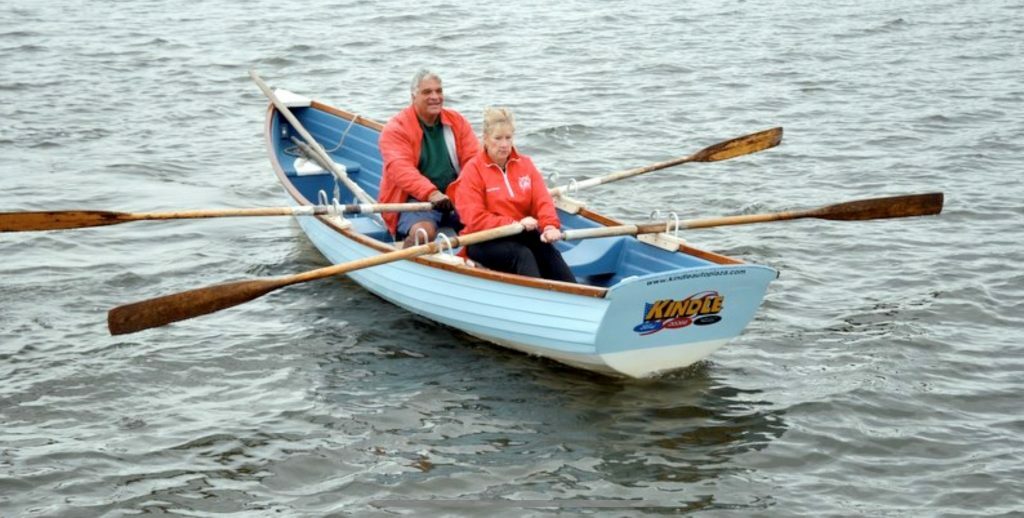 Joe LaRosa Jr. and his wife, Barb, will be rowing together on Thanksgiving morning.

Joe LaRosa Jr. is another member of the Sea Isle City Beach Patrol Alumni Association Hall of Fame. The retired educator and his wife, Barb, both 69, will be rowing together this Thanksgiving.

Over the years, LaRosa has competed in the Pilgrim Paddle on some Thanksgiving days when the weather was nasty and others when the temperature was 70 degrees and rowing conditions were ideal.

“There was one time when it was raw and windy. Your hands got cold. But other times, it has been perfect,” he said.

In addition to the Pilgrim Paddle boat race, the family-friendly event has been expanded to include a free fun run and walk over the Garden State Parkway’s bridge walkway linking Somers Point and Upper Township. The 3-mile run/walk is scheduled to begin at 8:45 a.m. on Thanksgiving and is open to all.

Walkers will enjoy panoramic views of the regatta while crossing the bridge over the bay. The event will also include a scavenger hunt to keep the children amused.

No registration is needed for the Pilgrim Paddle race or the run/walk. Participants are asked to bring nonperishable food items to donate to a local food bank.

In case of bad weather on Thanksgiving, the event will be rescheduled for Saturday, Nov. 26, at 9 a.m. 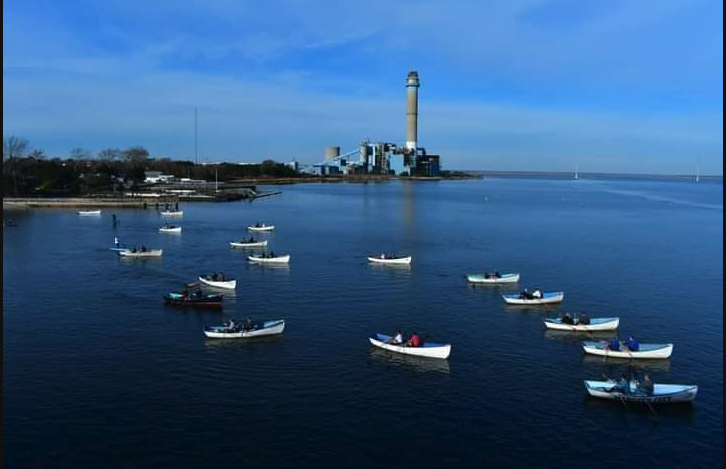