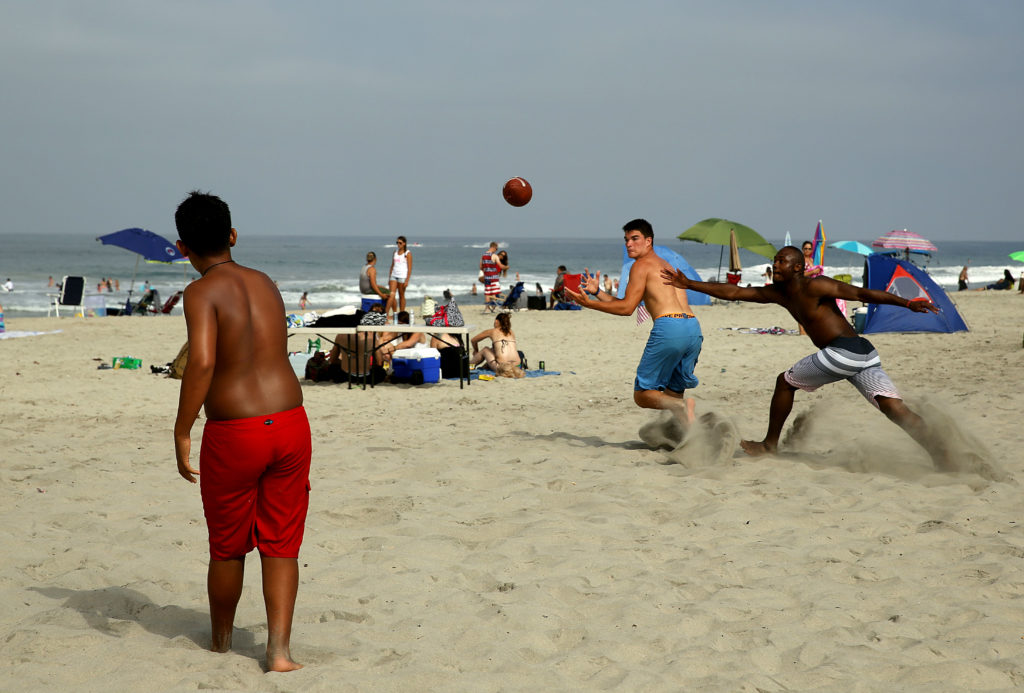 VENTNOR – Beach rules that were rarely enforced have been eliminated from an existing city ordinance, and a new ordinance banning smoking on the beach, boardwalk and city-owned recreation areas has been introduced.

The Board of Commissioners heard no objections April 25 when it held a public hearing on an ordinance that eliminates restrictions on ball playing on the beach. The clause that was eliminated included a restriction on throwing or catching a baseball, basketball, football, volleyball, softball or frisbee.

However, the board included regulations about barbecuing on the beach weekends and holidays from June 1 to Sept. 30. The city allowed barbecueing on the beach between 10 a.m. and 6 p.m. on holiday weekends in the past, but extended it to every weekend last year by resolution. Adding it to the ordinance means the commission will not have to pass a resolution ever year allowing beachgoers to bring barbecues to the beach on weekends and holidays.

The second ordinance prohibiting smoking on the beach, boardwalk and public recreation spaces, both indoors and outdoors, follows Gov. Phil Murphy’s beach smoking ban, which allowed municipalities to decide if they want to set aside certain areas of the beach for smokers.

The commissioners decided Ventnor City’s beach should be smoke-free.

“The prohibition of smoking at public beaches would better preserve and maintain the natural assets of the City of Ventnor and the State of New Jersey by reducing litter, increasing fire safety and lessening exposure to second-hand smoke so as to provide a more pleasant beach experience for the public,” the ordinance states.

Violations carry a minimum $100 fine, with a maximum of $1,000 or 30 days of community service not to exceed 20 hours per violation at the discretion of the judge. The fine increases for subsequent offenses.

A public hearing on the smoking ordinance will be held 5:30 p.m. Thursday, May 9.