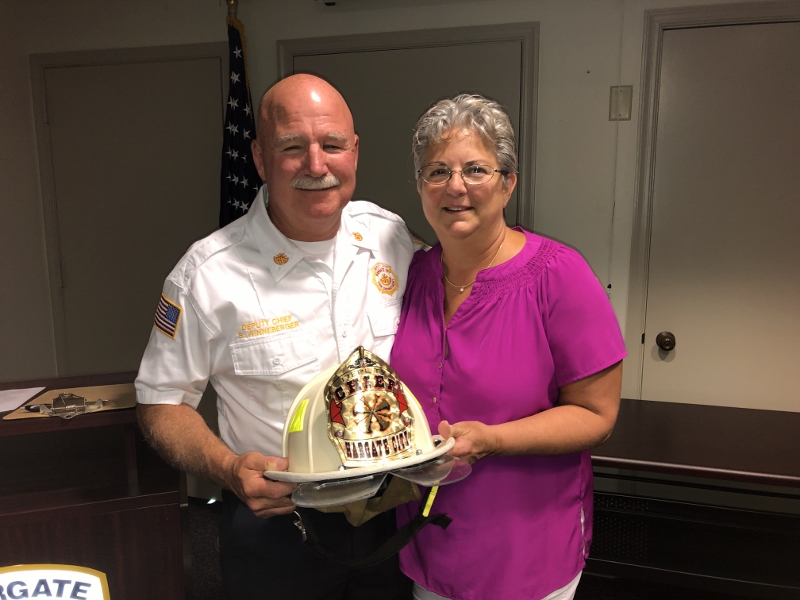 MARGATE – It was a bittersweet day for Deputy Fire Chief Scott Winneberger who retired Friday after 28 years with the Margate City Fire Department.

Family, friends, city officials, former fire chiefs and firefighters from other local and county departments gathered on the second floor of Firehouse No. 1 to wish him well in his retirement. 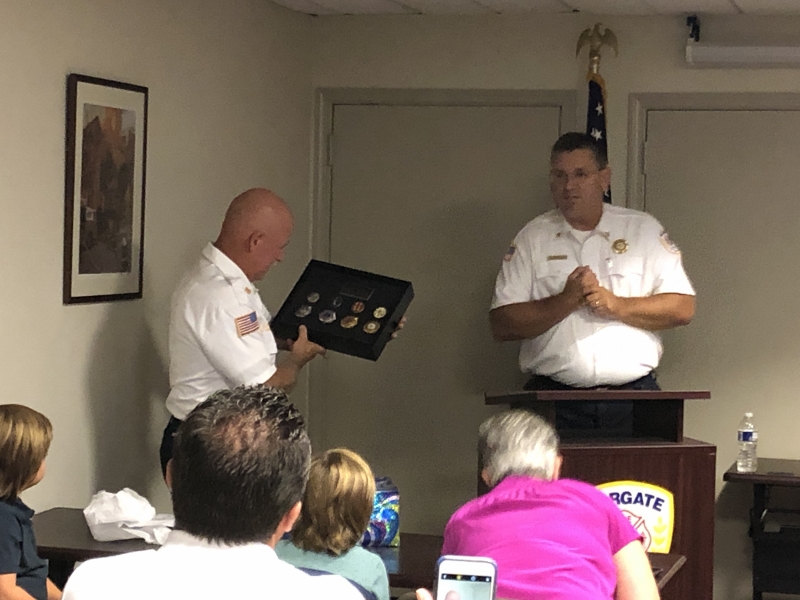 Fire Chief Dan Adams held back his emotions as he recalled that he and Winneberger started working for the department on the same summer day in 1991.

“We’ll keep some of the stories to ourselves as we celebrate this special day with Scott,” Adams said. “On our first day we had our first fire and our first DOA, which made us think about the career we were facing.”

Adams said he was grateful to stand next to Winneberger throughout the years.

“As deputy chief, he enabled me to do a lot more things than I normally would,” Adams said before reciting the Fireman’s Prayer. 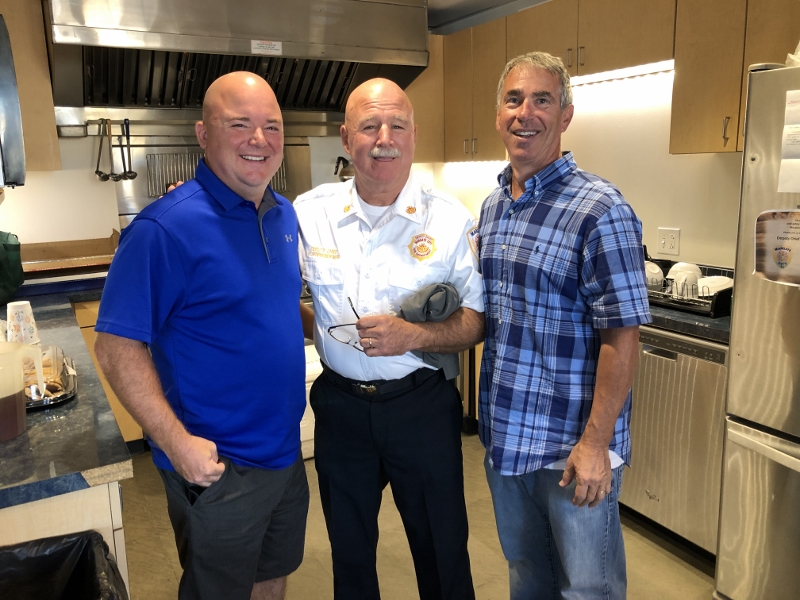 Scott Winneberger, with his son, Scott, and Commissioner Maury Blumberg.

Commissioner Maury Blumberg was on hand to wish him well.

“I’m honored to be part of this great family you have here. We are truly lucky and blessed to have had such a great man in the department. Best wishes. We love you and are going to miss you,” Blumberg said.

Winneberger was presented with a shadow box containing every badge he ever wore and an American flag that flew over the firehouse Friday morning. 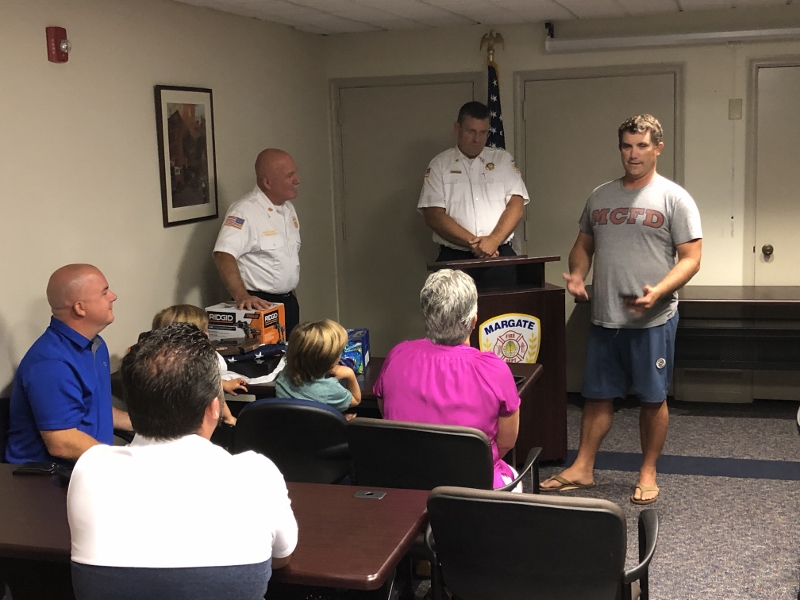 “He taught us the value of constant education in the firefighting field. He let you fail and learn from your mistakes. We hope that tradition continues as we teach our younger firefighters,” Duffey said.

Winneberger said he looked forward to going to work every day, “except for the three months I was president of the union,” and thanked city officials and his fellow firefighters.

“Especially to Dan, we were always on the same page,” Winneberger said, before talking about the “common bond” that develops when you work in close quarters.

“The more dangerous the job, the closer you get because you depend on each other for your own safety. That creates a brotherhood and a sisterhood. I’m very proud to have served with all of you,” he said.

Winneberger’s wife Lisa said she is looking forward to having her husband around to enjoy their six grandsons and granddaughter. 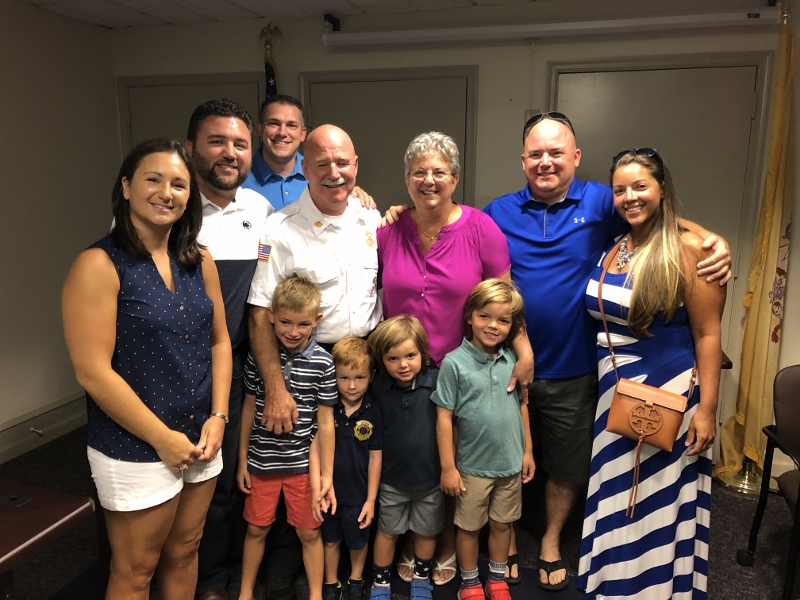 “I have a honey-do list ready for him. But he is a little upset to be leaving these guys and the City of Margate,” she said.

Unlike other firefighter spouses, she never worried about her husband’s safety, she said.

“I’m a positive person and never focused on the negative. I guess that’s how I got by all these years,” she said.

Although Winneberger spent 28 years in the Margate Fire Department, he has been a firefighter since he was 16 years old, she said.

She said that firefighting runs in the Winneberger family.

Althoguh New Jersey’s mandatory retirement age is 65, her husband will maintain his position as assistant chief of the Galloway Township Volunteer Fire Department where he serves alongside their son, Scott. 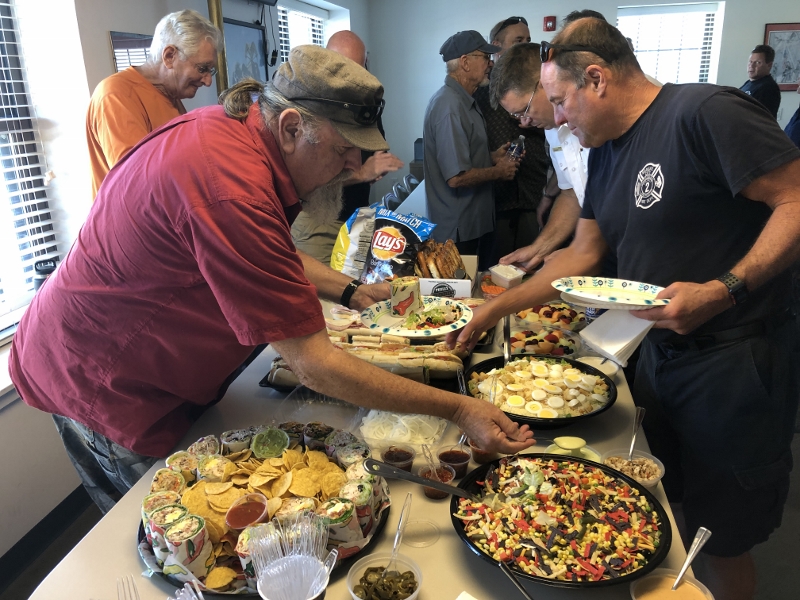 Firefighters enjoyed a luncheon after the ceremony.

On Sunday, the priest at church blessed him for his retirement and his birthday, Lisa Winneberger said.

Two more retirement parties were planned, she said – one on Saturday with the firefighters, and another in a few weeks with family. 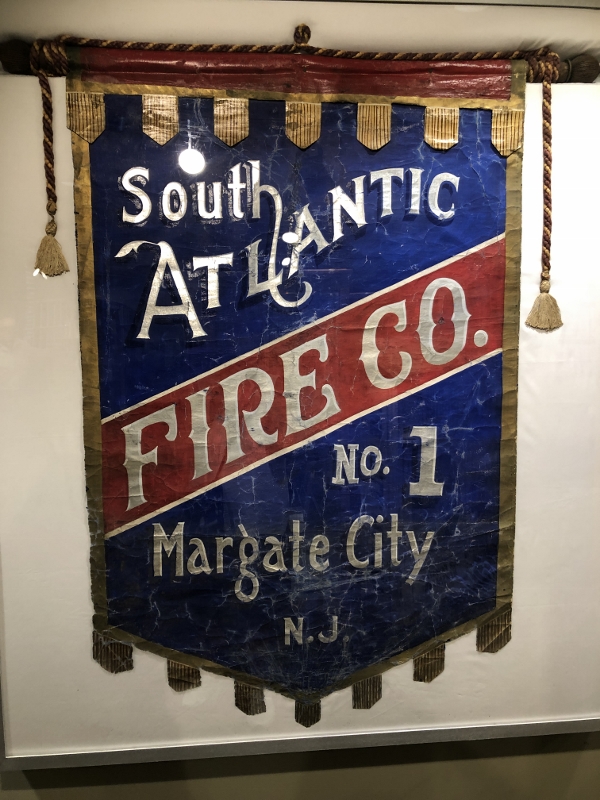