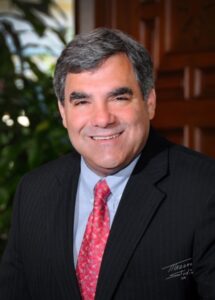 HAMMONTON – James Curcio, 59, of Hammonton, has announced he wants to continue serving residents as Atlantic County Surrogate for the next four years.

“There is no harder working Surrogate anywhere than Jim Curcio,” Atlantic County Executive Dennis Levinson said. “The services provided by the Surrogate’s Office are consistently excellent.”

Curcio was elected Atlantic County Surrogate in 2010 and re-elected in 2015. He is seeking his third term.

In 2017, Curcio was selected by his peers as Surrogate Section Chief for the New Jersey Constitutional Officers Association. He also serves on the statewide steering committee of the New Jersey Health Care Quality Institute “Conversation of Your Life” initiative.

Curcio said his noteworthy accomplishments during his second term include complete upgrade of the software systems in the Surrogate’s Court, expanded public outreach on basic estate planning, probate and guardianships, and continued recognition that the county has the most efficient Surrogate’s Office in New Jersey.

Prior to becoming surrogate, Curcio, a Republican, served 16 years as District 5 freeholder.

He was a 10-year member of the Board of Chosen Freeholders Budget Committee, served as vice-chairman for two years and was named chairman 2009-2010.

Curcio grew up in Hammonton and graduated from St. Joseph High School in 1978. He is a 1982 honors graduate of Rutgers University with a bachelor’s degree in history. He obtained a law degree in 1985 from William and Mary University in Williamsburg, Virginia, where he was a member of the Law Review.

Curcio worked for Drinker, Biddle and Reath in Philadelphia, and Harvey, Pennington, Herting, and Rennisien before going into private practice at his law firm, Curcio & Curcio, where he has served for 21 years.

He resides in Hammonton with his vwife Jessica. They have four sons, ages 15-25. 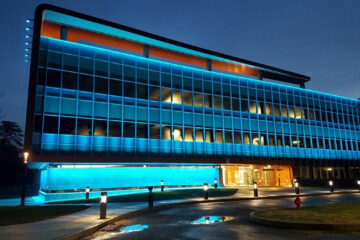