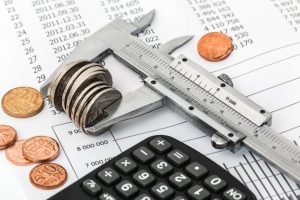 According to Chief Financial Officer Lisa McLaughlin, funding requests from the various departments exceeded the city’s self-imposed spending limits of $3.5 million for general capital projects and $1.5 million for utility projects.

The city exceeded its limits last year by $1 million and $178,000 respectively, but some of the overage was reimbursed by grants.

“Due to the extent of all the projects that are high-priority, such as Amherst Avenue, its setting us over slightly,” she said. “Although it has to be fully authorized for spending purposes…we will get reimbursed and any outside aid we received does reduce future debt, so we will not need to issue that debt.”

For example, spending for one road project will include $273,000 in state aid, she said.

The state permits municipalities to bond up to 3.5% of their total equalized assessed valuation averaged out over three years. Based on last year’s total assessed valuation, the city’s bonding capacity was about $140 million, but the city carried just $50 million in debt.

McLaughlin reviewed the funding requests, which include upgrades to Firehouse No. 2, replacement of playground equipment on Jerome Avenue, soft costs for installation of a stormwater pump station on Adams Avenue, striping for the Atlantic Avenue road diet, a new roof and improvements to the hallway at the Margate Municipal Building, Benson Avenue water tank painting and $1.6 million to complete the bulkhead and promenade along Amherst Avenue.

A portion of the funding needed for road projects will be covered in the utility bond for the cost of replacing underground utilities, she said.

Other capital purchases include a new dump truck, sewer jet machine, rehabilitation of Well No. 10 and the possible replacement of a water valve at the Benson Avenue water tower.

Administrator Richard Deaney said the city’s bond attorney will put together the bonds for introduction at the Feb. 20 Board of Commissioners meeting.

The net debt incurred will be $3.756 million because the city has funding in reserve to offset the debt, Deaney said.

McLaughlin is working on the city’s operating budget for introduction at a future meeting, she said.

Deaney said the city still needs to obtain information about state aid and funding needed for the city’s public schools before the budget can be finalized.