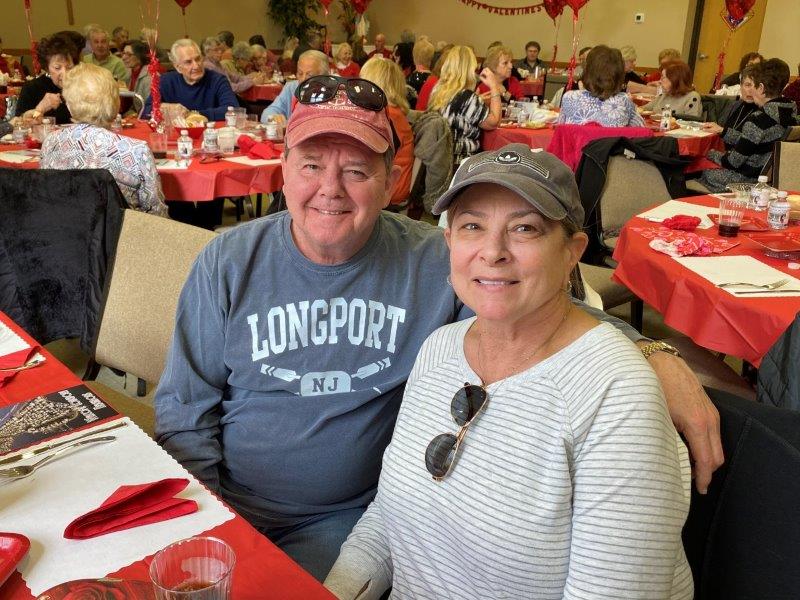 Nearly 100 senior citizens showed up for the buffet luncheon held at Totoro Hall at Church of Epiphany, which featured sales staff serving up chicken Francaise, baked ziti, vegetables and desserts. 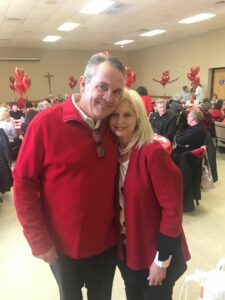 Mayor Nicholas Russo drew laughter when he told the seniors he went to the store to buy a Valentine’s Day card.

The Rev. Pawel Kryszkiewicz, pastor of Holy Trinity Parish, which includes churches in Longport, Margate and Ventnor, blessed everyone and said that in his home country of Poland, Valentine’s Day is not celebrated. Instead, he said, the country celebrates International Women’s Day. 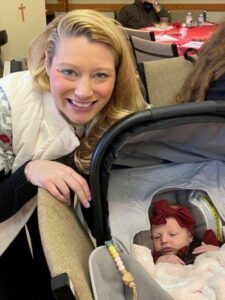 Nancy and Stephen Mira celebrated the 49th anniversary of their senior prom, which they attended as sweethearts. The couple has been married for 42 years.

Although there were many couples who were celebrating 30-50 years together, Bob and Patty Biondi, who only recently moved to Longport, said they have been married five years and were celebrating their first Valentine’s Day in their new hometown.

The youngest “senior citizen” present was 2-week-old Addison Bartkowski, who attended the luncheon with her mother Stephanie.