At 104 years old, Margate’s Fran Harris would rather be exercising at the Bloom Pavilion 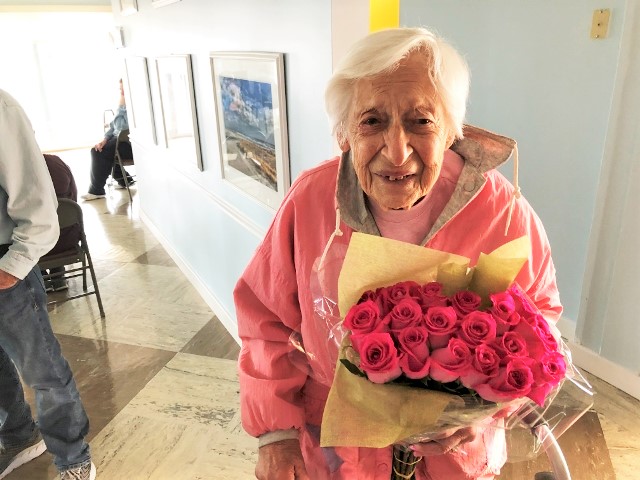 MARGATE – Until Gov. Phil Murphy issued his executive order requiring everyone in New Jersey to shelter in place due to the novel coronavirus pandemic, Fran Harris, who celebrates her 104th birthday on Wednesday, was exercising twice a week at the Bloom Pavilion.

She credits her longevity to being from “good Italian stock,” and retiring from her job as a secretary in the aviation industry at age 36 after giving birth to the first of her three children.

Fran’s parents emigrated from Abruzzi, Italy to Atlantic City in 1910, where they raised their family of six  children – two boys and four girls. She was a LaRocca until she married her husband of 47 years, Joseph Harris, a New York advertising agency executive. The couple lived in Philadelphia, Cherry Hill and Ocean City until Joseph passed away in 1995. That’s when she moved to Margate to live with her daughter, Theresa Ann Harris.

Fran is a two-time cancer survivor and recovered from a fractured femur sustain on a trip to Venice, Italy, and has had both hips replaced at different times, but her faith in the Lord has sustained her through difficult times.

She is a member of Holy Trinity Parish and the Rosary Society, and one of her most treasured possessions is an Apostolic Blessing she received from Pope Francis in 2016 when she turned 100. 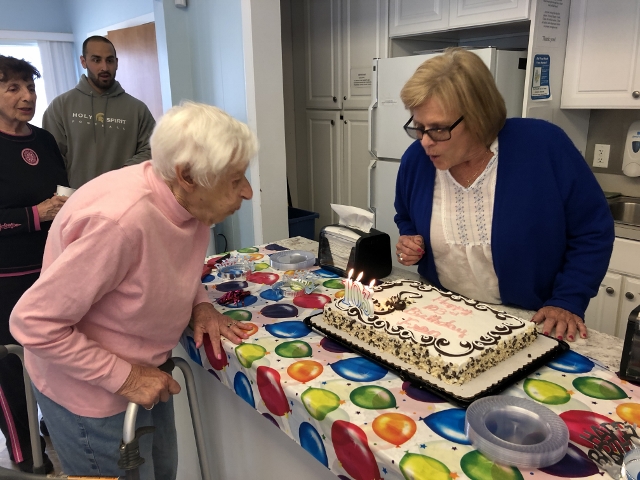 Staying active in various community groups and exercising twice a week with her friends at the Martin Bloom Senior Pavilion keeps her young, she said.

Although she cannot enjoy a big birthday cake with her friends at the Pavilion like she did last year, the City of Margate has something planned to help her celebrate her latest milestone.

“We can’t tell you what it is, but it involves cupcakes, flowers and a lot of handmade greeting cards,” Margate senior citizen center Coordinator Marianne Christian said.

The Margate Recreation Department put out a call to the community last week asking school children and residents to create handmade birthday cards.

“Fran is one of our most active seniors,” Christian said. “She takes the senior bus to the pavilion to exercise with friends, and always calls us on Mondays to make sure the driver doesn’t forget her.” 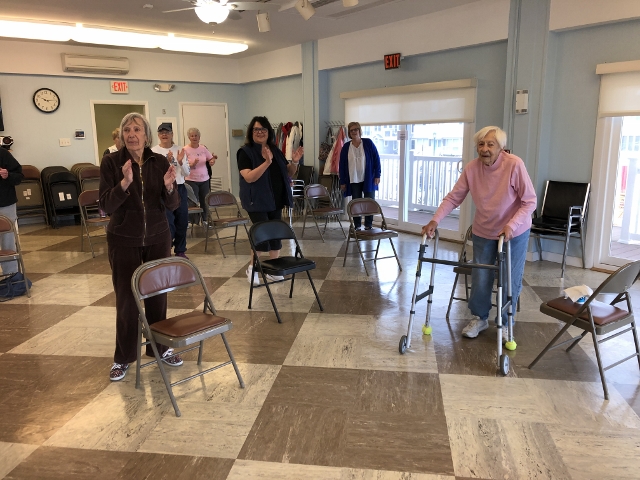 Before the coronavirus lockdown, Fran Harris, 104 on Wednesday, was exercising twice a week at the Bloom Pavilion.

Theresa Harris said her mother is looking forward to her birthday.

“She knows something’s going on, but she doesn’t know what it is,” Theresa said.

The younger Harris said her mother does the best she can, although she needs the assistance of a walker “because she’s not real steady on her feet.”

Although she would rather be going out for some physical recreation, in her “new normal” routine, Fran Harris is content sitting in her living room doing armchair yoga and stretches, her daughter said.

“She enjoys being home with our dog, Utley, an 80-pound shelter dog,” Theresa said. “Yes, she’s a Phillies fan.” 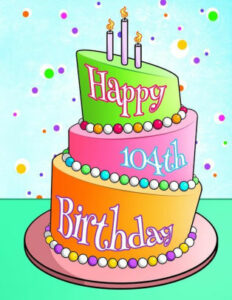 When we interviewed her in 2016, Fran said about her longevity, “I never smoked, and I eat whatever I want and have a glass of wine with dinner.”