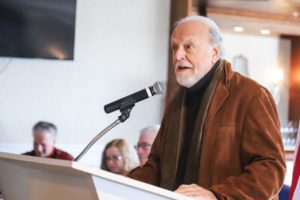 The economic impact of the COVID-19 shutdown will be significant and recovery will require an unprecedented degree of federal and state assistance.

Because of the area’s strong reliance on casino gaming and tourism, the economies of Atlantic and Cape May counties will be disproportionately impacted,  Atlantic County Executive Dennis Levinson said Tuesday, April 28.

“A recovery package cannot have a cookie cutter approach; funding should be allocated according to the degree of impact, not population,” he said in a statement. “The gaming and tourism industry makes a substantial contribution to the state in taxes and revenue, but this sector will take a longer time to recover.”

In the year before the state-mandated closures and stay-at-home orders, the Atlantic County regional economy saw its best year since 1984. Total employment was increasing and aggressive efforts to diversify the local economy were underway. That all came to a complete standstill with the COVID-19 shutdown.

“While our current focus is helping meet the immediate needs of those who are out of work, we also recognize that our economic recovery needs will greatly exceed whatever resources the county alone can bring to bear,” Levinson said. “The Atlantic County region will require a uniquely targeted recovery package to address the devastating size of our economic injury.”

Levinson noted that the timing of the shutdown could not have been worse. Its impact will affect the summer season when employment peaks and businesses earn a major share of their annual revenues.

“Recovery will require a coordinated bipartisan effort of our state and federal elected officials. As county executive, I am ready to do my part,” he said.

Levinson cited two recent economic impact studies by the Stockton University South Jersey Economic Review and the Atlantic County Economic Alliance, that project a decline in the regional economy ranging from 11.9% to 28.3%, depending on the length of the closure and the public’s readiness to return to normal.

Economists predict there will be a “post-pandemic drag,” which they define as a lingering hesitancy to return to activities that require close public contact such as restaurant dining, casino gambling, conference and convention attendance, and concert and theater attendance. During the “Great Recession” of the late 2000s, the regional decline was 9.6%.

The shutdown once again highlights the importance of Atlantic County’s efforts to diversify the local economy and overcome an over-dependence on the gaming and hospitality industry. Atlantic County has been a leader in an aviation economic cluster developed around the FAA William J. Hughes Technical Center, the Atlantic City International Airport and the National Aviation Research and Technology Park.

The Atlantic County economy is being somewhat helped during the current closures by the presence of the FAA Tech Center, a source of more than 5,000 technical jobs. The FAA, along with its many contractors, did not furlough workers and implemented work-from-home arrangements for many employees.

Levinson is certain that Atlantic County will recover even stronger, but the speed of recovery will depend on the level of state and federal assistance and the ability of political leaders to put aside partisan differences and focus on getting the regional economy back on track.

“Gov. Murphy made some very difficult decisions to close down casinos, restaurants and theaters in order to stop the spread of the virus. But those decisions have a far greater and more lingering impact for our region,” Levinson added. “When allocating recovery funding, that must be given serious consideration.”