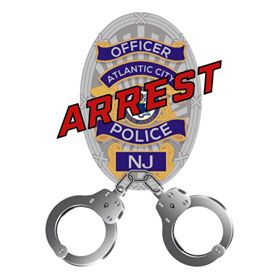 The Atlantic City Police Department has charged 95 individuals, including three from Margate and two from Ventnor, following an exhaustive investigation into rioting and looting that occurred in Atlantic City’s business district during a protect on May 31 and the days that followed.

At the end of the protest, a crowd of individuals marched down Atlantic Avenue and began to smash windows of businesses, steal merchandise and damage property. Individuals began to arrive to damaged stores in cars, run inside, and steal items. Officers arrested 17 people during the hours-long event.

Chief Henry White immediately convened a task force to investigate and charge those responsible for their criminal actions.

Investigators reviewed thousands of hours of video from public and private cameras and social media. Through the videos, investigators were able to locate individuals involved in criminal activity and on June 30, the police department sought the assistance of the public by releasing photographs of more than 200 people that needed to be identified.

Chief Henry White said tips were provided by the community within minutes identifying some of the individuals and several who saw their pictures turned themselves in.

About 57 stores sustained damaged property and/or had merchandise stolen. A final estimate is not known, but the loss to the businesses affected by this incident is several million dollars.

“The Atlantic City Police Department has remained steadfast in our support of those who exercise their First Amendment rights, including the right to peacefully protest, however, we will not idly standby as individuals commit crimes against our city,” White said. “Those that think they can come to Atlantic City and commit crimes that directly impact our businesses and residents will be held accountable. Although we are announcing these charges today, this investigation will remain open until we can identify every person on our list. We greatly appreciate the support of the community in providing tips that greatly assisted this investigation.”

“I want all residents and businesses in Atlantic City, as well as all visitors to our community, to know that Atlantic City will never accept or tolerate the kind of lawlessness that occurred at that time, and that everyone who was involved in the destruction of property and other illegal activity will be prosecuted vigorously and to the fullest extent of the law. We are very proud of the businesses in our city and we will continue to afford them every possible protection from any conduct of this kind,” Small said.

Anyone with additional information is urged to contact the Atlantic City Police Department at 609-343-3771 or email riotinvestigationteam@acpolice.org. Information can be text to tip411 (847411). Begin the text with ACPD. All texts are anonymous.