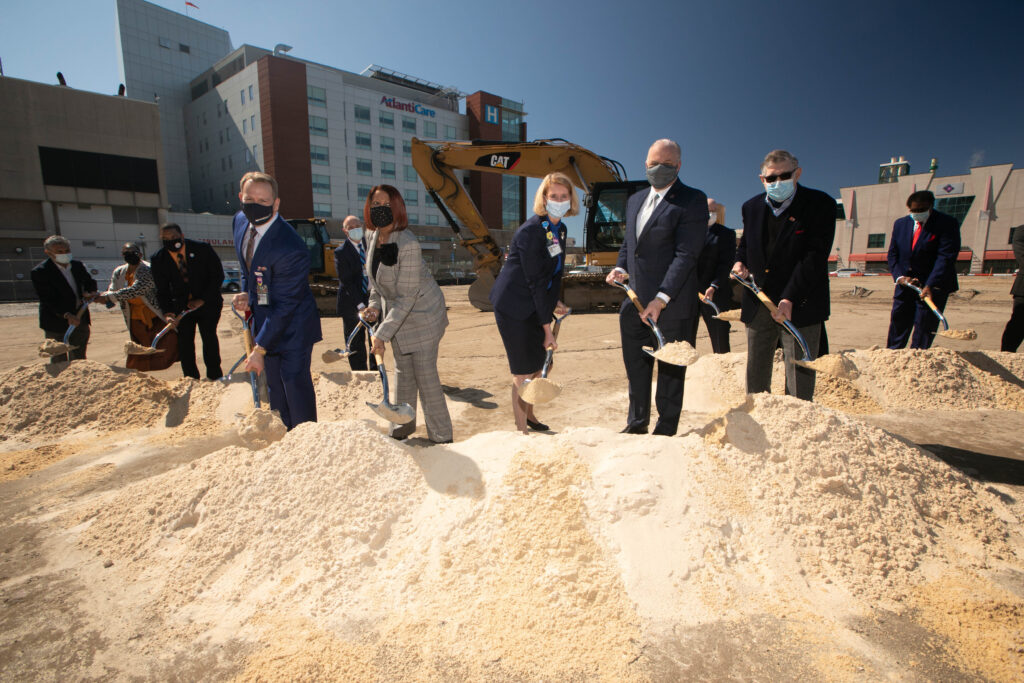 Provided/AtlantiCare broke ground March 30 on a $38.3 million, 69,700-square-foot Medical Arts Pavilion in Atlantic City.ATLANTIC CITY – AtlantiCare ceremoniously broke ground Tuesday on a $38.3 million Medical Arts Pavilion in Atlantic City. The event was held on National Doctor’s Day to highlight the significance of the care and services it will provide in the new facility.

“The AtlantiCare Medical Arts Pavilion will be a modern, patient-centered facility,” AtlantiCare President and CEO Lori Herndon said. “This new building will give us the space we need to expand the care and services we provide to our community.”

“Since the beginning of the Murphy administration, we’ve been having conversations with Lori and leadership in the hospital to conceptualize the construction of this building and facility,” Oliver said. “I can remember back 25 years ago people saying that the future economy of this country will be around healthcare. And here we are – healthcare is one of the biggest economic drivers in the United States and definitely in New Jersey.”

The Casino Reinvestment Development Authority gave AtlantiCare the land and has pledged $15 million toward the project. 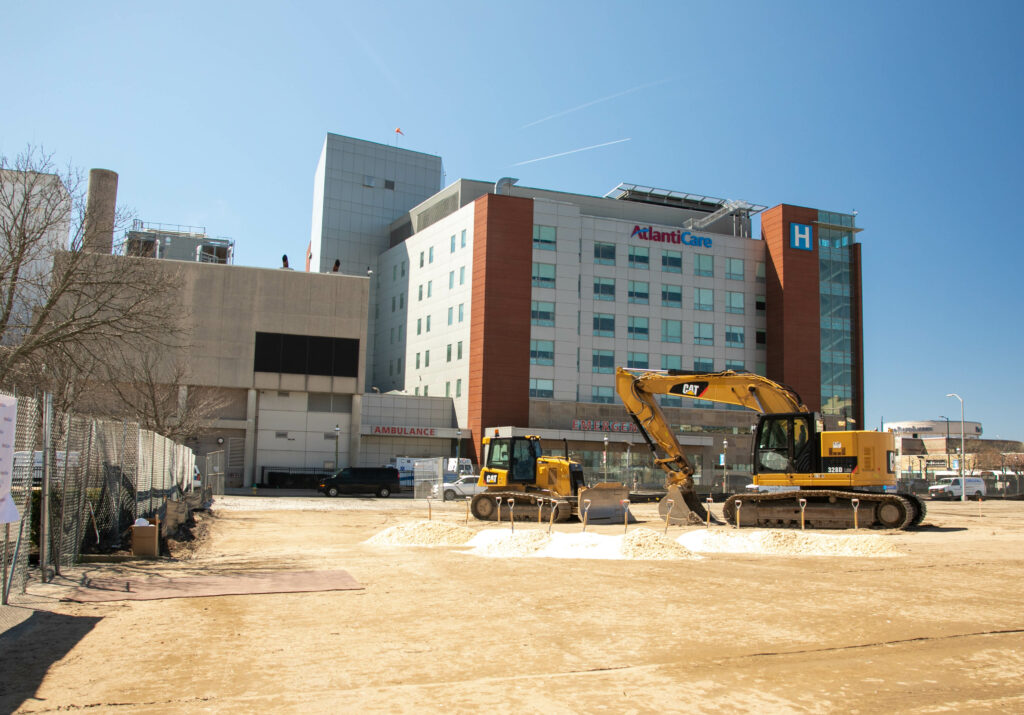 Located at 7 South Ohio Ave., the facility will be directly across the street from AtlantiCare Regional Medical Center Atlantic City Campus.

“The location is special because Ohio Avenue is where we opened as Atlantic City’s first hospital in 1898 in a converted house,” Herndon said.

Known as Atlantic City Hospital, it grew into the regional healthcare system AtlantiCare, whose more than 6,000 staff and providers care for the community in more than 100 locations in Atlantic, Burlington, Camden, Cape May and Ocean counties of southern New Jersey.

AtlantiCare’s Medical Arts Pavilion will place strong focus on combatting two significant challenges in healthcare. One is closing the gap of healthcare disparities in underserved populations. The new facility will house a significant suite of services for women, children and families—providing services that are critical to preventing maternal and fetal deaths and supporting health and well-being of families.

Services in the facility will include:

The building is scheduled for completion in September 2022 with the building opening soon after.