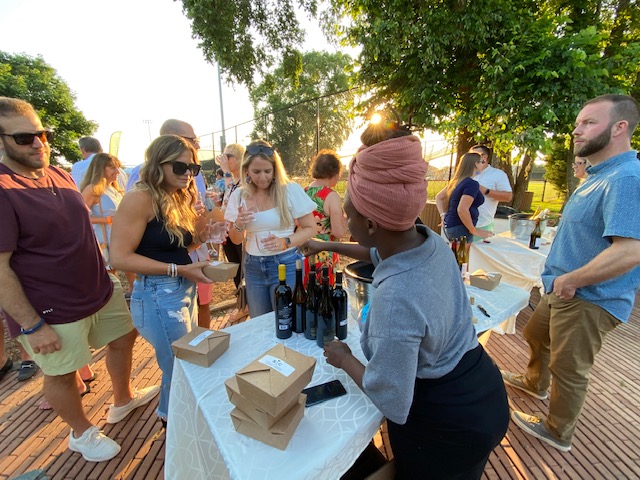 Although the event is usually held at Steve & Cookies By The Bay restaurant on Amherst Avenue, the venue was forced outdoors to another location on Amherst Avenue to be safe from the potential spread of COVID-19.

The event was held at the newly appointed park on Edgemar Circle behind the Sigmund Rimm Athletic Complex. The weather was perfect for a night in the park. 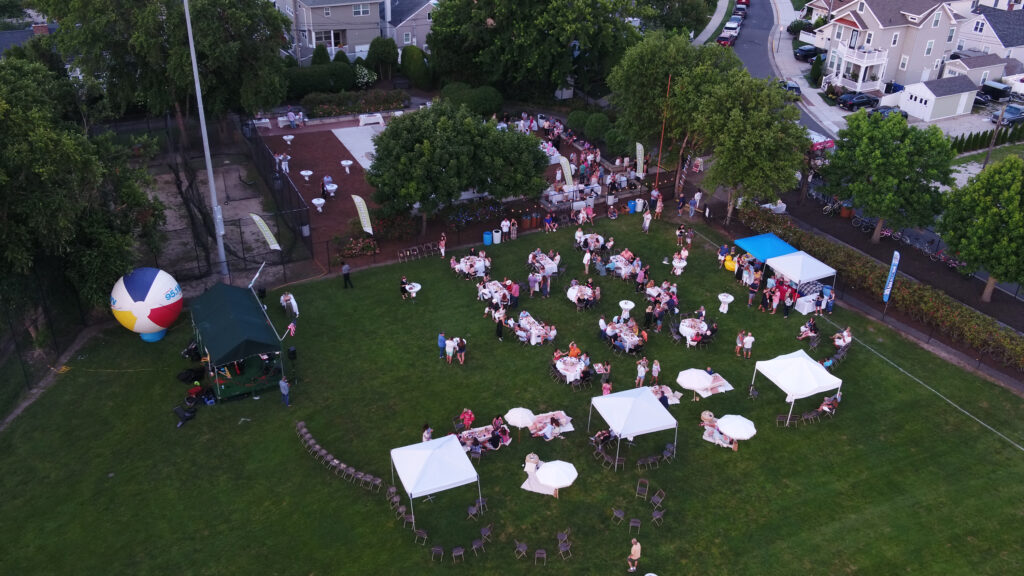 Attendance was higher than normal this year, said MBA Executive Director Anna Maria Blescia, who with her team and event chairs organizes the event and solicits contributions for the online and live auctions.

“We raised a lot of money for the Dan and Maria Walters Scholarship Fund and the MBA’s Children’s Fund,” Blescia said. “Although indoors we are limited to the number of people who can attend, this year we were able to accommodate everyone.”

Guests were able to spread out and maintain a comfortable distance and enjoy the newly refurbished park, which featured cornhole boards, a ping pong table and round café tables for either chess or checker. Some lounged in groups on luxurious low-to-the-ground picnic tables and cushions provided by the South Jersey Picnic Company.

More than 400 attendees milled about the park, many peering into their cell phones to place bids on a myriad of auction items.

The MBA tapped into the latest technology for a virtual bidding system that is accessible from cell phone, tablet or computer. Supporters were able to browse auction items in advance and bid in real time from anywhere in the park or at home. Local celebrity Lou Solomon was master of ceremonies for the live auction.

The Wine Tasting had something for everyone, including entertainment by Mas Tequila Orchestra, food, delectable Jagielky’s chocolates and beverage samplings from local wine and beer purveyors and breweries.

Over the years, the wine tasting has provided more than $115,000 for scholarships awarded to high school seniors who have attended Margate City schools, and to provide warm clothing, school supplies, food, summer camp, toys and more to children of the Margate schools through the MBA’S Children Fund. 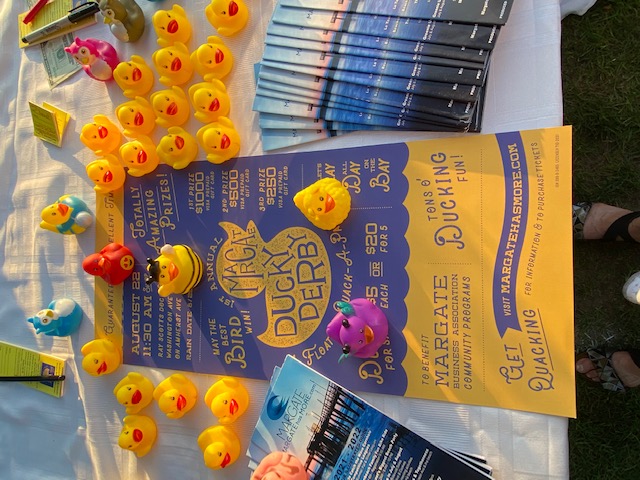 The MBA’s next big fundraising event is the Margate Ducky Derby being held 11:30 a.m. Sunday, Aug. 22 at Ray Scott’s Dock and Margate City Pier on Washington Avenue at the bay.

Tickets were being sold for $5, or five for $20. Purchasers received a little rubber ducky souvenir. Larger, weighted ducks will be placed in the water and the first three across the finish will provide corresponding ticket holders with prizes of $1,000, $500 and $250.