Ventnor firefighters pay it forward with Toys for Tots donation 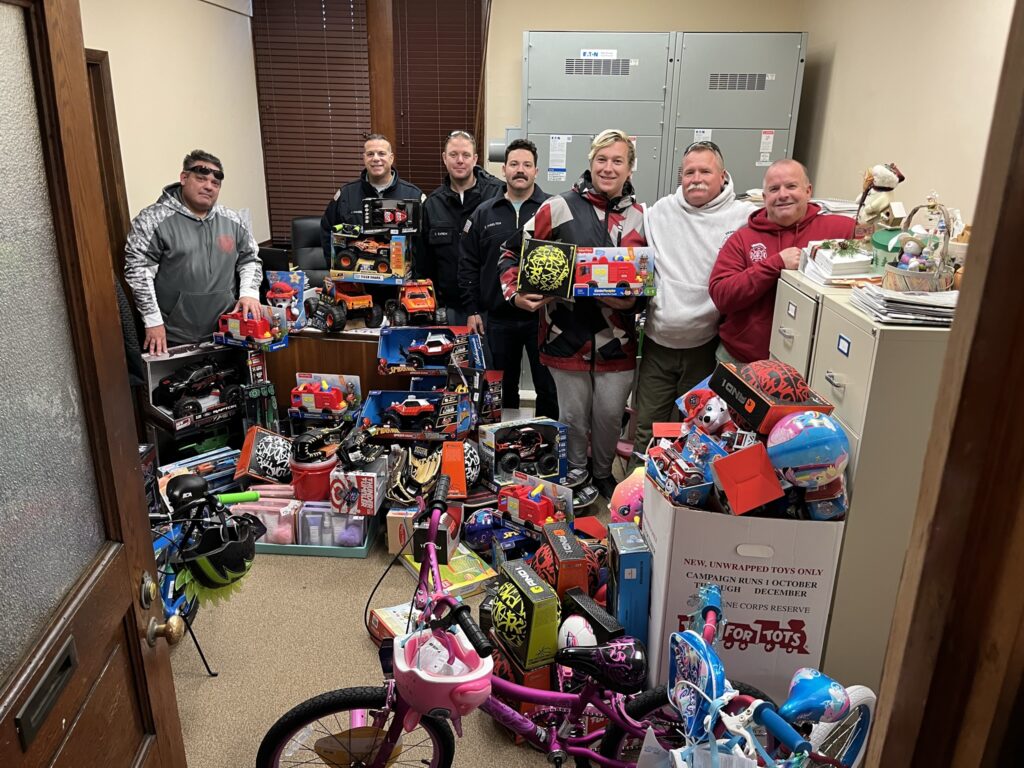 VENTNOR – Firefighters of the Ventnor Firefighters Mutual Benevolent Association Local 38 are giving back to the community in a big way this holiday season.

After the community was so generous during the FMBA’s annual fund drive this summer, union President Joe Iannuzelli said the union agreed to pay it forward to children in need this holiday season through the U.S. Marine Corps Toys for Tots program.

The FMBA contributed $2,500 for the cause and members had fun shopping for toys Friday, Nov. 19 at an area Walmart store.

“When we told the Marine Corps what we wanted to do they asked that we focus on an age group that is often neglected during holiday toy drives, so that’s what we focused on,” Iannuzelli said Saturday morning.

A crew of firefighters purchased gifts for pre-teens, such as basketball and make-up kits, he said.

“$2,500 goes a long way at Walmart,” he said. “We filled three carts and when we checked out the bill was $500, so we went back and purchased some more and wound up filling two trucks with toys,” he said.

All of the gifts were delivered to Ventnor City Hall where Santa’s elves helped them bring toys to the donation box at the City Clerk’s Office.

Members of the community can continue to donate new, unwrapped toys during regular business hours, 8:30 a.m. to 4 p.m. Monday through Friday until Dec. 13, he said. Access is available through the entrance to City Hall at Cambridge Avenue. Masks are required to enter City Hall.

The FMBA will also join their brothers and sisters from the police and fire departments in Ventnor, Margate and Longport for the Stuff the Police Cruiser event being held 6:30 p.m. Friday, Dec. 3 on Edgemar Circle at the Sigmund Rimm Recreation Complex in Margate. The event includes a colorful cast of characters, including Santa and Mrs. Claus and of course, Rudolph, food, drinks, train rides and more. Families are encouraged to attend with their children and bring a new, unwrapped toy for the Atlantic County Toys for Kids Program.

Iannuzelli said Local 38 would also be donating another batch of toys for that event as well.

Iannuzelli expressed gratitude to those members of the community who responded to the FMBA’s annual fund drive last summer.

“The public was very generous, and we just wanted to give back. Firefighters love to give back. That’s what it’s all about,” Iannuzelli said.