No bidders on second attempt to sell Ventnor Avenue lot 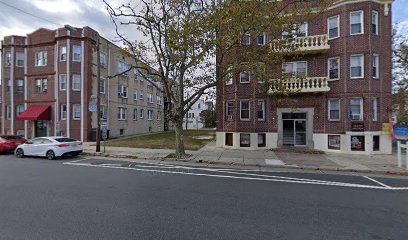 Ventnor City is seeking a buyer for a vacant lot located at 4803 Ventnor Ave.

VENTNOR – There were no bidders Friday, Nov. 19 at the second of two live auctions held in an attempt to sell a buildable lot in the North Beach area. The city set a minimum bid amount of $218,000 for the sale of Block 87, Lot 2, which is located at 4803 Ventnor Ave. The 35.9- by 95-foot lot is located just off Jackson Avenue between two residential apartment buildings.

The city held its first auction Friday, Oct. 29, which produced no bidders.

The lot is currently zoned for mixed-used commercial or single family residential development; however, a successful bidder could petition the Planning Board for a change in use variance to allow multifamily units.

There was an oil tank located on the property which has been cleaned up and the city is ready to put the land back on the tax rolls, Commissioner Landgraf said previously.

The clerk was required to advertise each sale twice, during two consecutive weeks no later than seven days before each auction.

Because the city made two attempts to sell the property publicly, it will now be able to negotiate a sale with adjacent landowners without public bidding, according to state bidding laws.

In another real estate related discussion, the city agreed to move forward with the possible sale of a strip of land abutting a bayfront property located at 6001 Winchester Ave. An adjacent homeowner wants to purchase the strip of land, which includes a failing city-owned bulkhead that they want to replace at their own cost. A portion of the land that is situated in the city’s right-of-way along Derby Avenue would be available by license only, Landgraf said.

The city adopted a new ordinance earlier this year that requires bayfront property owners to properly maintain their bulkheads or replace deteriorated bulkheads that pose a danger to surrounding properties during flooding events, or when substantial work is being done on the property.

The property owner appeared before the Planning Board Oct. 25 and was unanimously granted all the variances needed to build a new home on the lot and has all the necessary NJ DEP approvals to build a new bulkhead, pier and dock, according to meeting minutes. During the hearing, the owner indicated a “spongy” area behind the city’s failing bulkhead would also be remediated.

City Solicitor Tim Maguire said he would negotiate with the property owner’s attorneys to facilitate the transfer of property.