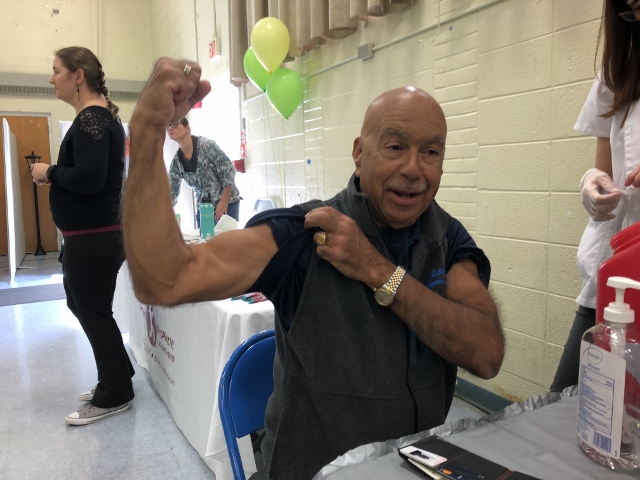 LONGPORT – Most people know him as the mayor of tiny Longport Borough, but to his students, he is a top-notch educator in the field of criminal justice. Although he was not selected as the winner, Mayor Nicholas Russo was one of the top educators nominated for University of Phoenix’s 2019 Faculty of the Year Award.

Russo, who has an extensive background in law enforcement and is an active member of the Longport Fire Department, has been teaching online courses at the university for over a decade.

“I have been doing online teaching at the University of Phoenix for 11 years and to be recognized, even though I wasn’t in the top 18, is really what makes the teaching profession all worthwhile,” Russo said.

Students, employees and faculty nominated instructors who exemplify the values reflected in the university’s mission and who demonstrate the highest level of dedication to students, program Chairman Daniel Barry said in an email to the mayor.

Barry shared with Russo comments from a student who was influenced during his tenure. Russo said he was overwhelmed with the words of the student who nominated him.

The student, who was not named, said Russo’s background as a police officer, prosecutor, firefighter, EMT and mayor, “allowed us to receive the educational learning from an instructor that has worn many hats and is very experienced in many different areas of the criminal justice field.”

The student, who is a veteran police officer, said Russo’s compassion and ability to allow students to freely contribute to class discussions makes him an excellent educator.

“He is a compassionate instructor (who) strives on teaching his students and allowing us to freely communicate our life experiences in this type of learning environment,” the student said. “I have much greater knowledge in the area of public policy and have him to thank for this wonderful experience.”

Barry said only 18 candidates were able to receive the recognition, but commended Russo on his nomination, sharing the student’s letter.

“Your nomination means your efforts are personally making a difference in the lives of your students and colleagues, and I am proud to be able to work with you,” Barry said.