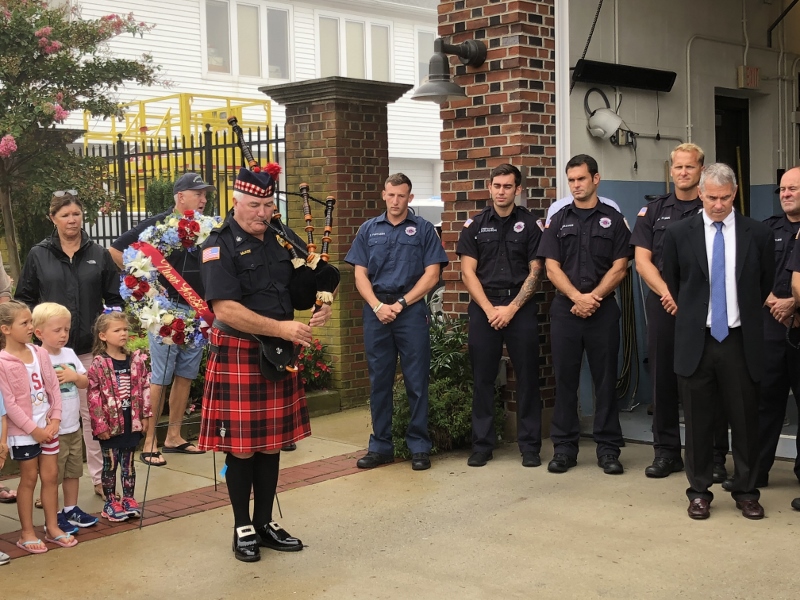 Bagpiper Alex McKee honors those who died on 9-11 during Margate’s service last year.

The Downbeach communities of Longport and Margate will hold their annual 9-11 memorial services Wednesday, Sept. 11. The services honor those who perished during the terrorist attacks at the World Trade Center in New York City, the Pentagon in Arlington, Va., and a field in Shanksville, Pa., on Sept. 11, 2001. The attacks killed 2,996 people, including 343 firefighters and numerous police and first-responders, and injured more than 6,000 others.

American Legion Post 469 of Longport will host its memorial service at 9 a.m. at Thomas B. Reed Park, located at 27th and Oberon avenues. The service will begin at the 9-11 Memorial Tree in the park. The post’s 2019 Wounded Warrior Week recipient, U.S. Navy SEAL Joe Hahn, will be on hand for the event. He will assist in placing the wreath honoring those who died in the attack on the Pentagon. Hahn will also participate in Atlantic City’s 9-11 ceremony, which will take place on the Boardwalk at Jackson Avenue at 10 a.m. Ventnor City Fire and Police departments will participate in the event. 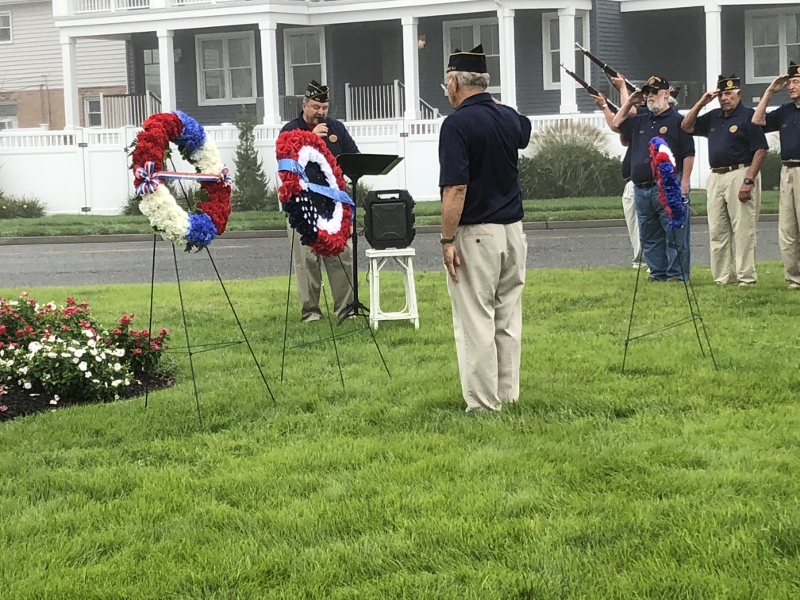 The Margate City Fire Department will conduct a tribute ceremony in memory of the events that changed the face of the nation, 10 a.m. Wednesday, Sept. 11 at Fire Station No. 1, Ventnor and Washington avenues. The service will last 15-20 minutes and include prayer by local clergy, musical tributes and comments from local dignitaries. Students of the Eugene A. Tighe Middle School and Playgroups Plus preschool will attend the event.