Published by Nanette LoBiondo Galloway on May 19, 2020 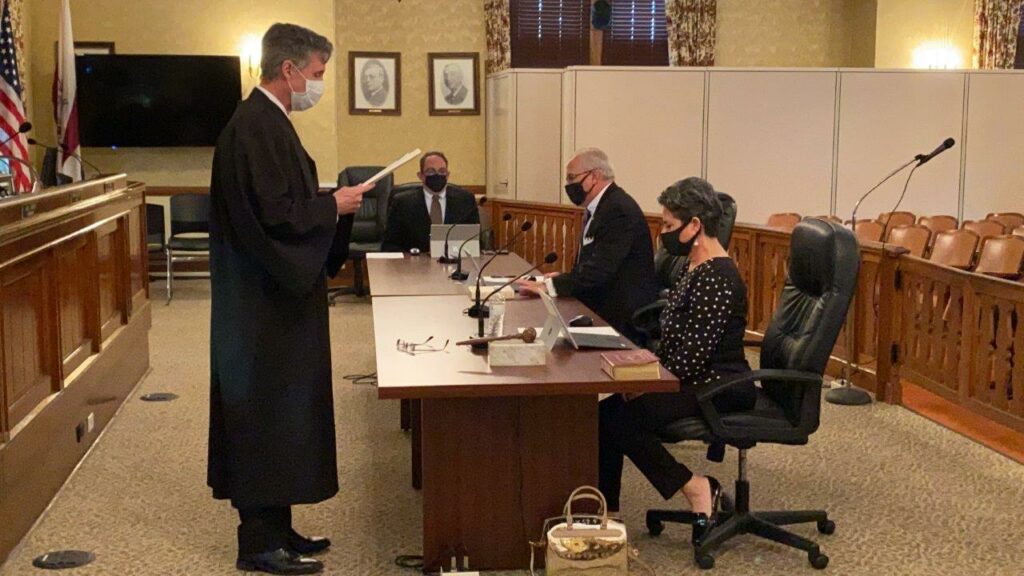 VENTNOR – Thirty-three people signed onto the city’s Facebook page at noon Tuesday, May 19 to see Beth Holtzman, Tim Kriebel and Lance Landgraf take their oaths of office for a second four-year term as city commissioners.

The Honorable Timothy P. Maguire, a municipal court judge who also serves as city solicitor, administered the oaths of office, while family members held the Bible. The ceremony was held in Commission Chambers using social distancing protocols. The commissioners, their family members and several municipal employees all wore face masks and sat with plenty of room between them.

All three commissioners thanked their spouses, children and parents for providing them with support during many hours spent away from home on behalf of the city.

Holtzman was unanimously elected to again serve a mayor.

“It’s very different this time around with all that’s going on in the world,” Holtzman said. “We have gone through a lot in four years and feel we have brought Ventnor to a new level.”

She said she has the “highest respect” for Kriebel and Landgraf and their skills, and the staff who support them.

“I couldn’t be prouder to be alongside them,” she said.

“I’m humbled that you would place your faith and trust in me,” he said. “I believe we have kept our promise to move Ventnor forward, spend your money wisely and responsibly, and be transparent on how we conduct the business of the city, certainly in these times when we have to make hard decisions.”

He said he learned early on that not everyone would be happy with the decisions made but they are made for the benefit of the whole community, he said thanking those who help them make hard decisions, including Maguire and Acting Administrator Maria Mento.

“These are difficult times we are living in. We will do our absolute best to make decisions that protect our health, our businesses and our community,” he said.

Kriebel said he was happy to be working with the team for the next four years.

“The reason we work well as a team is that we all take (decisions) so seriously. The test we have always given is, is it better for Ventnor,” he said. “Going forward, once we get past the COVID crisis, I think we’ve learned a lot about how to communicate.”

He would like to continue with live virtual meetings in the future to keep people engaged and let them know they are being heard.

“I’m looking forward to the next four years,” he said.

Holtzman and Landgraf agreed broadcasting meetings on social media could be a good way to keep summer residents informed about city policies.

“We have a significant portion of our population that is not here 12 months a year. I think that’s something we can certainly add to our repertoire of being able to communicate better,” Landgraf said.

Although only one person viewing from home had congratulatory comments, there were many Facebook thumbs up and hearts flying across their computer and smart phone screens. 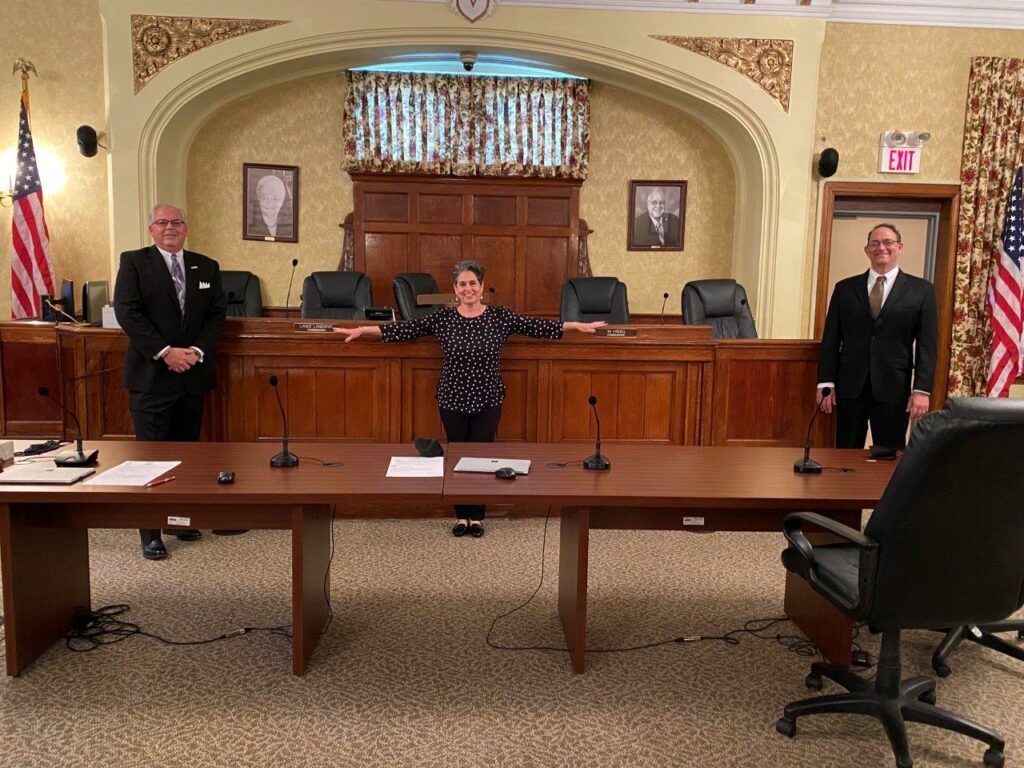 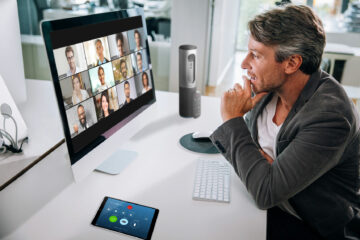