Published by Nanette LoBiondo Galloway on May 31, 2020 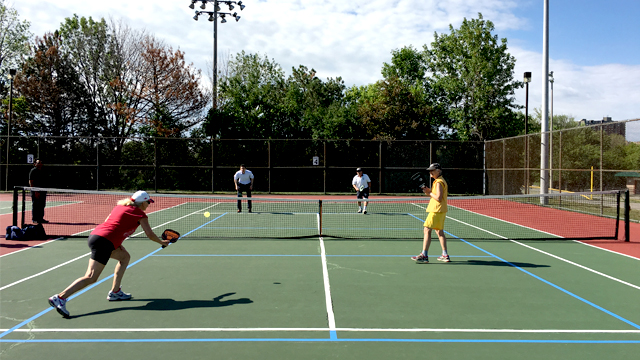 Murphy said that organized sports could restart in three weeks on Monday, June 22. However, activities must be outdoors and participants must have no personal contact. Youth and day camps can start up on Monday, July 6.

“Over the past weeks, we have worked tirelessly with youth sports leaders across the state toward this day, I have every confidence in the ability of our leagues to ensure the health and safety of every athlete,” Murphy said during his daily briefing on Friday, May 29.

On Saturday, the NJ Department of Health released health and safety standards that will allow for the order to be properly followed.

Murphy said he based his decision on COVID-19 data.

“I have mentioned many times this is exactly what we mean when we say that data determines dates. As we have seen, the data continue to move in the right direction, and continue to be far down from their peak, and especially over the past two critical weeks. Even though we have seen some days with spikes…we remain confident in our overall direction,” he said.

That philosophy has been echoed in the City of Ventnor, where reopening the community has come gradually. The city reopened the beach to sunbathing, and two weeks ago reopened the boardwalk to walkers and runners. On Friday, bicycles were allowed. Public restrooms will open on June 1.

Although the city has a Recreation Department that is working to put protocols in place to protect the public, one of the “most organized” sports is pickleball, which has the support of Pickleball Ambassador Pat Harrigan of the USA Pickleball Association.

“He had plexiglass dividers installed at the sign-up booth, chairs were zip-tied to the fence 6-feet apart. Out of all of the sports the group that plays pickleball is probably the most organized and rule-centric groups in the whole city,” he said.

“It will be one of the earliest group sports to open, but we are not ready this week. It really doesn’t fall under the executive order…even though Margate is doing it,” he said.

Unlike in Margate where the city’s recreation fields and tennis courts on Jerome Avenue and pickleball courts on Union Avenue opened on Friday, Ventnor will wait until June 22 to reopen its courts, Kriebel said.

“We decided to err on the side of caution,” he said.

Harrigan said players keep asking her when the courts will open. Pickleball is a popular sport for seniors.

The courts have been equipped with hand sanitizer at the gates, the shields that keep the staff safe from the public and there are designated entrance and exit points, she said.

“I hear what you are saying, you want to be cautious, but I don’t know what two weeks of caution will bring us,” she said.

Landgraf said Mayor Beth Holtzman has been discussing reopening recreation in weekly teleconferences with the governor’s aides to ensure visitors have a safe summer.

“If we violate executive orders, we can put into jeopardy the overtime for Public Works, Police and Fire departments, and the cost associated with the $41,000 that we are spending for extra cleaning of the public bathrooms. We have to follow certain standards at certain times. If we don’t follow those rules, you have to pay these dollars back. We have been victim of that,” Landgraf said.

Not abiding by the governor’s regulations could come back to bite the city, he said, using a post-Sandy financial assistance loan as an example.

Following the storm, the federal government provided the city with a $5 million loan, which was expected to be forgiven. However, because the funding was not used for its intended purpose, the city was required to pay back more than half of it, which is the main reason the city has a tax increase this year, officials said.

“Opening early could put funding in jeopardy,” Landgraf said. “We are being very cautious about that.”

“First, we don’t want to contribute to the spread of the virus, but secondly, we expect reimbursements for overtime, decontamination and splash guards coming from the federal government. Those reimbursements all depend on us following the rules the governor sets forth,” Kriebel said.

The city is also investigating how to provide outdoor seating for restaurants once the governor allows them to open.

“We’re simply not there yet,” Kriebel said.

Landgraf said he is working with the county to identify available vacant lots where nearby restaurants can expand.

At Thursday’s meeting, former Mayor Tim Kriesher suggested closing off a lane of traffic and moving the parking lane in its place to allow tables and chairs to be set up in the street along the curbs.

“My parklet idea’s time has come,” said Kriebel, who investigated the parklets, which are operational in other cities.

They cost about $30,000 to install in parking spaces at intersections. Although the idea was discussed, nothing came of it, he said.

“The idea works in downtown areas across the country, allowing restaurants to pick up a few extra tables, which can result in an increase in revenue,” Kriebel said.

Although the city passed on incurring the cost of installing the parklets, perhaps restaurant owners would like to build them, he said.

Nevertheless, the city’s business districts differ. Some are on Atlantic Avenue, which is a city road, and others on Ventnor Avenue, which is a county road. There would need to be ample coordination between governments to allow seating in the roadway, he said.

“We have to problem-solve each neighborhood based on their own merits,” Kriebel said. “We need to see which areas are doable. There are a lot of issues to resolve.”

Margate has relaxed its zoning requirements for existing restaurants to allow them to set up some tables in their parking lots. Several restaurant owners said they would use part of their parking lots to increase their seating capacity. They are just waiting for the governor’s order to reopen.