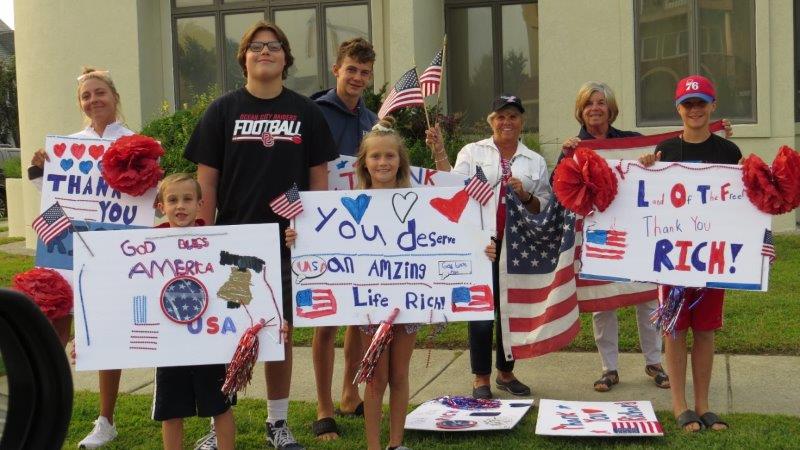 Residents of Margate helped to provide Richard Stayskal with a warm welcome.

Stayskal and his family arrived in Longport Tuesday afternoon and was escorted to the Ventnor Plaza shopping center where they were greeted by Ventnor Mayor Beth Holtzman and a brigade of supporters consisting of the American Legion Riders of Somers Point, Atlantic City Police Motorcycle Unit, firefighters and police from Ventnor, Margate and Longport, and a few Atlantic County residents.

Senior citizen Charlotte Josephs of Ventnor, who attends the welcome every year, said supporting veterans means everything to her.

“Sometimes I feel like the mother of the whole world. I respect our veterans and love them. I am so glad I am able to be here again this year,” she said holding a large American flag. 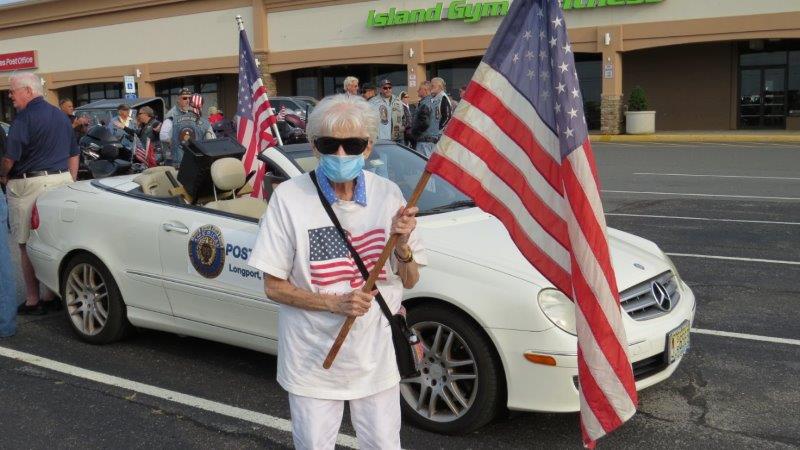 The Legion Riders led the caravan through Ventnor, Margate and Longport as community members lined the parade route to welcome Stayskal to the area. Children and adults showed their support by wearing red, white and blue, holding flags and handmade posters thanking Stayskal and all veterans for their service.

When the caravan arrived in Longport, bagpiper Alex McKee took the lead followed by the Boy Scouts Troop 386 of Egg Harbor Township color guard. Stayskal and his wife Megan and daughters Addisyn and Carly waved to the crowds. They were welcomed at the bayfront park behind Longport Borough Hall where Mayor Nicholas Russo spoke about the symbolism surrounding Wounded Warrior Week.

Although many wounded warriors never get a homecoming like the one the Legion provides, every person involved, including the Legionnaires, public officials and residents represent the emotions felt by all Americans, he said.

“The people you see here today represent all of Americans,” Russo said. 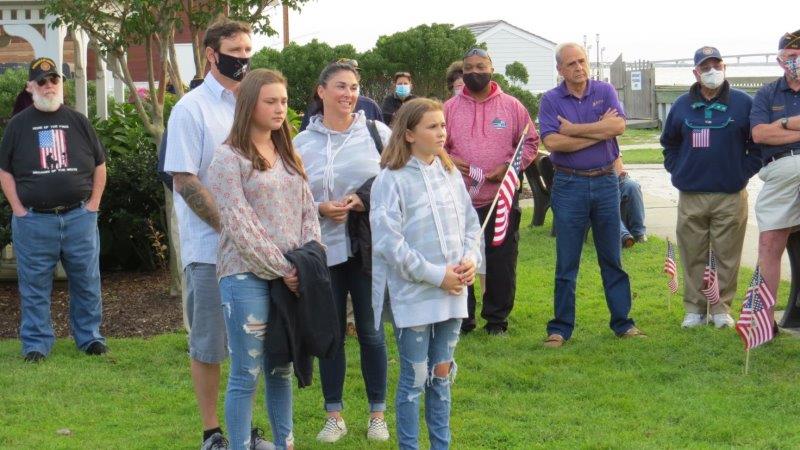 Post Commander Larry Pacentrilli addressed the Stayskal’s daughters saying that the people who lined the parade route came out to show their appreciation for their dad and his sacrifices.

“Your dad is a true American hero. I’m sure you and your mom already know that, but sometimes its nice to know others feel the same way. All of us here are very proud of your dad and we are very pleased he was selected to be our Wounded Warrior for the year 2020,” Pacentrilli said.

The Legion Riders presented their comrade in arms with two American Legion “challenge coins,” a protocol of honor developed by the Legion Riders. On one side of the coin is the insignia of the Legion Riders, on the other side, the U.S. Army or U.S. Marine Corps emblem.

Before the ceremony concluded, Debbie Conrad of the Quilts of Valor South Jersey Chapter presented Stayskal with a handmade quilt “to enhance his healing.” His daughters took the quilt and wrapped their dad in the red, white, and blue quilt, which was touched by many hands, Conrad said.

The quilt included replicas of the medals Stayskal received, including the Purple Heart, Bronze Star and Service in Iraq medals.

“Many hands of love go into our quilts,” Conrad said. 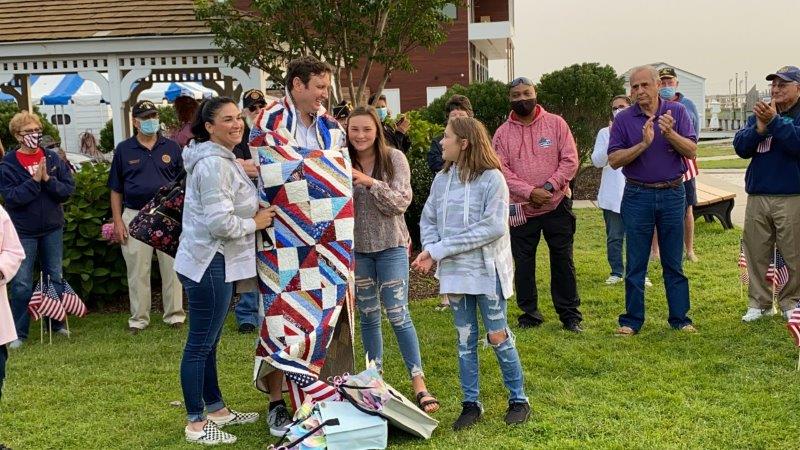 Stayskal was selected by the military to be honored because of his unselfish service to the United States of America. He is a former Marine who served as a machine gunner and scout sniper in Al Anbar Province Ramadi, Iraq when he was seriously injured by insurgent sniper fire in 2004. The gunshot broke his left arm, fractured his ribs and left him with a damaged lung, continued nerve pain, restricted movement and PTSD. He recovered, was honorably discharged from the Marines in 2005, but felt the need to serve his country again. He re-enlisted in the U.S. Army and pursued becoming a Green Beret. After considerable training, he achieved his goal and was awarded the Green Beret, serving as a Special Forces weapons sergeant in the Global War on Terrorism. During his military career, Stayskal served as an infantry rifleman, team leader and sniper instructor. He was deployed multiple times and served Special Operations Central Command, and in Africa and Europe. He has been awarded the Bronze Star, Purple Heart, Army Commendation, Army Achievement and numerous other good conduct medals.

Stayskal is battling a new war against Stage 4 terminal lung cancer and is currently undergoing immunotherapy treatments at the Moffit Cancer Center in Florida.

The capstone of Stayskal’s visit will be a private military-styled reception with local, county, state and federal officials.