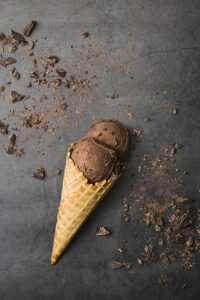 Kleiner said he was offended that Harry Hurley, a radio talk show host, called him a “knucklehead” for suggesting veterans who obtain Ventnor’s 14 available beach vending licenses pay more than $500 a year for the privilege of selling ice cream on the beach during the summer season.

“Trying to raise $40,000 to $50,000 annually by sticking it to our Veterans is grotesque,” Hurley wrote in an editorial on his website.

“While not directly advocating for it, he appears open to the idea of looking further into it,” Hurley said.

Hurley refrained from attacking Commissioner Lance Landgraf, who also said he would like to further discuss the issue with the ad hoc Advisory Board.

“Congratulations to Mayor Beth for immediately stepping up and knocking this down,” Hurley said.

Kleiner said he is considering resigning from the 10-member Advisory Board, which recently successfully advocated to raise beach tag fees.

“For my quality of life, I’m going to walk away from all of it,” he said in a telephone interview Thursday afternoon.

In his letter to the commissioners, Kleiner said he did not compare Ventnor to Margate, but merely used information garnered from an OPRA request that shows Ventnor’s neighbor to the south, which has a similarly sized beach area, garners considerably more revenue from its method of awarding beach vending contracts – through the public bidding system.

He again suggested the city put emotions aside, consider the taxpayers, and further discuss increasing beach vending license revenue, which could be used to support beach improvements.

We are reprinting his letter here along with a link to our story about the discussion at the Oct. 22 Board of Commissioners meeting.

Obviously, my suggestion that we should relook at how the city handles the “Ice Cream” situation during the last meeting raised some emotions and suggested I or anyone would want to change the character of Ventnor. I in no way suggest we get rid of the twelve “veterans” that have been serving ice cream for years, nor did my bringing up “Margate” have anything to do to comparing “Ventnor vs Margate” other than using the neighboring town for statistical comparison as their beach size is similar to ours and right next door. It made for a fair financial “beach comparison” statistically, nothing else.

I did an OPRA request from Margate and the results and financial comparison is significant and frankly a disservice to our city.  I in no way suggest we replace our beloved Veteran but I do suggest that they pay a “fee” similar to what our beach city would receive if we put the “ice cream” sales out to bid. We have a fiduciary responsibility to the taxpayers to get at least our “fair share” and giving these twelve vendors a 95.6% discount is unfair to Ventnor and a “gift” to these sellers. It’s similar to selling our tennis courts and property for 4.5% of fair market value because “we like these guys”. We need to take some emotion out of this and look at it objectively.

Feel free to review the table below. You will see how large the disparity in revenue is. As the Mayor stated during the meeting that the “$30,000 isn’t worth the hassle” really isn’t the situation at all. In nine (9) years our neighbor to the south has received 95.6% more money than us (assuming 2021 doesn’t change). This is real money, as it’s over a $586,000 difference. That I believe is worth the hassle.

If we have twelve (12) veterans then to be even with the fair market value for 2021 it would amount a fee of only $4,166 per seller for the 2021 year. I suggest we raise the fee to be close to fair market to be fair to everyone. That is the city and the ice cream vendors.

Again, I respectively ask that this issue be discussed again and some type of serious compromise is agreed upon to keep the veterans and our beloved Ventnor history AND be financially fair to our city of Ventnor and the taxpayers as a whole.

$42,500+ additional per year might allow for some nice beach/boardwalk improvements each year to keep growing our jewel of a city and its beaches.

Thank you for taking another look at this.